It’s the brainchild of London-based Winnie Awa, who started her career as a software tester at IBM, after studying management and technology.

Growing up in Nigeria, Awa said she was meant to pursue a traditional career, but each one (think doctor, lawyer) was already snapped up by her six older siblings.

“So I was like, ‘I’ll do computer science,” she explained.

However, while at Ernst & Young Awa got the itch to work in fashion.

“I was so overjoyed when I got in at Net-a-porter. They were still very much a start-up at that stage, and it was an exciting opportunity to bring my experience there,” she said. “You can imagine it was so hilarious when I have to tell my dad that I was leaving the well-worn path of technology consulting to go to fashion. I remember my sister counseling me: ‘Just tell him e-commerce.’”

Next stop was Asos and LVMH Moët Hennessy Louis Vuitton. “Again, in the capacity of digital-customer experience,” she said. “It really came to a head when I was spending time building really exciting consumer experiences … but when it came to hair care, specifically my hair care, I just struggled. It was a nightmare — be it in terms of finding the right types of products, services. There was always, as we call it, a k-leg, like an irregularity, somewhere.”

That led her to start Antidote Street, an e-commerce platform of curated products for textured hair.

What was a side gig became an important learning tool.

“It pushed me to learn about other people’s experiences,” said Awa.

“People wanted more of that,” said Awa, who added data she had culled pointed to that, too. “That led me to start to think about how we can scale this.”

So Carra was born.

“The textured hair industry — I like to think of it is the last frontier, the most underserved,” said Awa, of what’s linked to the multicultural community making up 70 percent of the world’s 7.4 billion inhabitants. “There is such a huge chasm between [them and] the amount of knowledge consumers have in the space. And also, many women have been made to feel like they’re not worthy or not beautiful because of beauty standards that maybe tell them their hair needs to be straight. 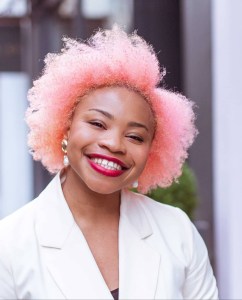 “It was really about reframing that narrative of negativity,” she said. “And bringing love into the equation.”

Carra users fill out a questionnaire about their hair and are encouraged to share a photo of it.

“That enables us to start to build a picture before they even have their appointment,” said Awa.

People connect to a personal, independent hair coach, who understands products and formulations. Users receive their customized hair routine and product recommendations. Carra has an area where that information can always be accessed.

The two packages on offer are priced at 40 pounds and 100 pounds.

Today Carra’s coaches are U.K.-based, but they’re meant ultimately to be around the globe.

The name Carra, if written with one “r,” means “beloved one.”

“What we want to leave every single person that experiences [Carra] with is this feeling of love,” said Awa.

Douglas to Shut 500 Stores in Europe as Online Sales Surge