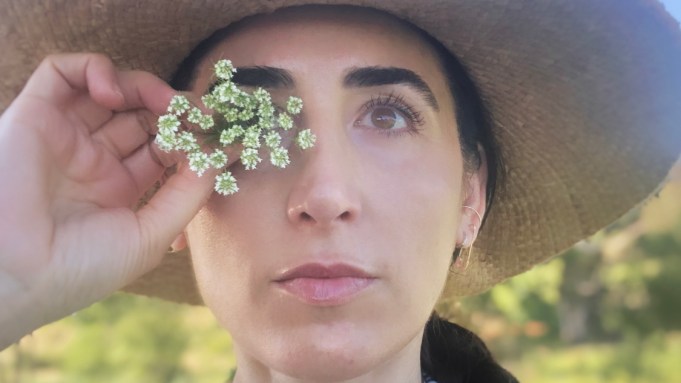 For small beauty brands facing the economic implications of the coronavirus pandemic, focusing on digital direct-to-consumer business has been key to survival, and in some cases, growth.

In New York, Marius Morariu, cofounder and president of Tracie Martyn, said if the skin-care brand didn’t already have a d-to-c model established, “it would be a very different, sad story. Ultimately, with direct-to-consumer, you have more control. You have the data on your clients.”

He has had to rely on digital sales due to the temporary closing of Tracie Martyn’s New York City spa, a channel of revenue. Morariu, a holistic nutritionist, opened the space with facialist Tracie Martyn in the early Aughts.

“We’re staying connected with clients online, and driving the efforts into online sales,” Morariu said. The brand is also found digitally at retailers Space NK and Bluemercury. “So far, that’s what we’re doing, and so far, it’s working.”

But for how long? His team of 15, which includes contributors, “hasn’t changed, lucky enough,” since COVID-19 emerged, he said, but he’s “praying to God and meditating.”

He’s also busier than ever in search of investment. “I’m looking constantly for partners that can help me magnify the success of the channels that are currently still in place…to take the brand to the next level. This is also an opportunity to invest in brands that are doing well online and direct-to-consumer and help them scale. Capital is needed to scale in a major way.”

At Ilia Beauty, launched in 2011, Plavsic has been utilizing recent funding to broaden its consumer reach, which has contributed to “exponential” growth during quarantine.

“Because we aren’t investing in retail marketing, we could take some of those dollars and invest in digital marketing, which I’m surprised has been as effective as it has,” she said. The makeup brand received Series B financing via Sandbridge Capital in December, after first receiving funds about 18 months ago through Silas Capital.

“I think there’s a lot of people in our category that are after a certain demographic,” she continued. “If we look at our stats and data, that demographic for us is roughly 25 to 40 [years old]. However, there’s another demographic that we haven’t really looked at in more detail until recently and that’s roughly 40 to 65. We have a brand new customer there that is very strong, probably the strongest.”

The brand’s site is 10 times what it was a year ago, she added. When it’s out of stock, consumers head to retailers Sephora or Credo’s sites and vice versa.

“The response was — I’m going to use the word insane,” she said of the “silver-haired foxette” that graces the newer ads targeting this new customer on social media, including Instagram and Facebook.

“If you look at some of my cousin brands around me, the ones that are creating similar formulas or embody the clean ethos, we’re all doing very well,” Plavsic continued. “Many of us have had recent funding. Many of us are seeing explosive growth.”

Such a brand is Youth to the People — started in the Bay Area by cousins Joe Cloyes and Greg Gonzalez — also backed by Sandbridge Capital and found at Sephora.

“It’s definitely been an interesting journey,” Gonzalez said of working in quarantine. “But we’ve been doing well overall.”

Neither Ilia nor Youth to the People have had to furlough or lay off any employees, a team of about 35 and 57, respectively. A way they’ve each adapted to the loss of brick-and-mortar sales during lockdowns is by quickly shifting the responsibility of their field teams, for example. Instead of being on-site at Sephora stores, they’re online to educate the public on products. More than ever, consumers are making purchases without being able to try the merchandise firsthand — a fact that is continuing even as more and more brick-and-mortar stores reopen, since testers are being banned in many cases as part of safety protocols.

For Youth to the People, it’s a group of 17 who are currently working to increase online engagement using live chats and free, 15-minute skin consultations on the brand’s site, Monday to Saturday from 7 a.m. to 7 p.m.

“It’s not just about our skin care but about addressing any skin issues, tips,” Cloyes said. “It’s also been a great way to keep everyone active.” 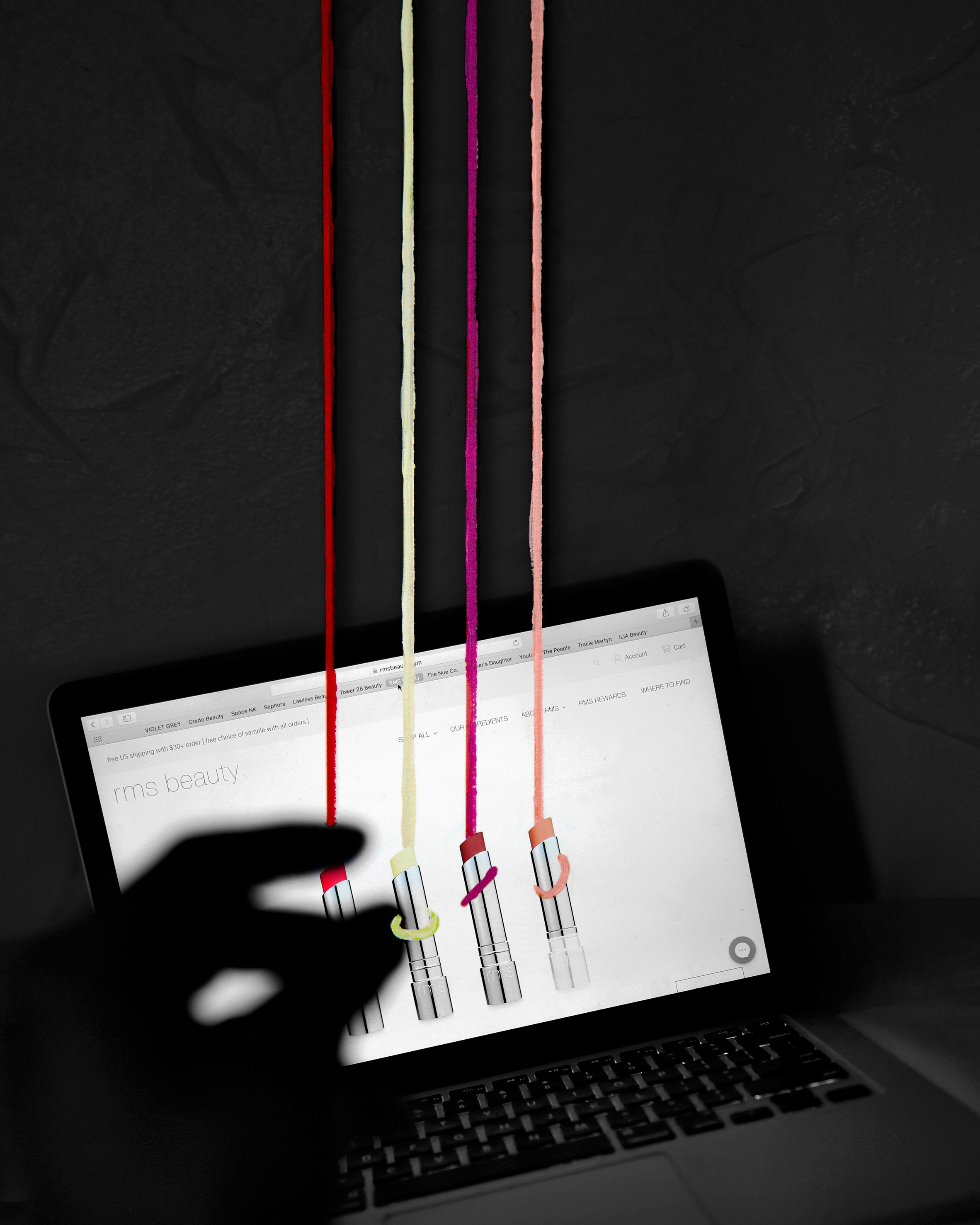 Like many brands, their team has been making use of Zoom, the video platform, for work meetings. But the founders are also bringing their collaborative office atmosphere online by continuing to connect employees on a personal level through game playing and virtual happy hours.

For her part, Vintner’s Daughter founder April Gargiulo has been organizing weekly yoga classes for her team of 12. “Every Friday is our creative day,” she said. “It means you’re not doing Vintner’s Daughter work, you’re pursuing something creative, whether that is cooking, drawing, flower arranging.”

Gargiulo launched the skin-care brand in 2014 after two years of developing her Active Botanical Serum, a face oil infused with 22 botanicals, and now also offers an Active Treatment Essence to repair and protect the skin.

She, too, hasn’t had to let anyone go. “We have not seen a reduction of sales,” she said. “The majority of our retailers are digital first….At the end of the day, our products deliver performance. There is a true value in that. Anytime you’re in a recession or economic hard time, things that hold their value are sought out.”

She plans to launch a content section of the brand’s site, amplifying its pillars, which include sustainability: “From Day One, we’ve always felt like we did not want to subscribe to the kind of beauty industrial complex where you had to have a new product introduction every three months. We’ve always subscribed to this idea of universal beauty and that with fewer, you could do more and have less of a carbon footprint. With better made skin care, you can have better results.”

Those in the midst of product development are confronting new challenges. “Anything that resembles hand sanitizers, like pumps, is hard to source right now,” said Ouai founder and hairstylist Jen Atkin, who works with the likes of Bella Hadid, Hailey Bieber and the Kardashian-Jenner clan.

She looks to her 3.4 million Instagram followers to create new products for the brand, which now has close to 40 employees: “The little things are such luxuries now. That’s what we’ve been hearing from our community. They want to feel good…I think we’re all still in shellshock on the world kind of shutting down with no warning.”

When Italy became the virus’ new epicenter and ceased activity, Jules Miller — founder of The Nue Co. — found herself in a dilemma. There was “a massive boom in sales,” growing 20 percent, month after month, and yet she had to rely on the European country, where she sources the glass packaging of her otherwise U.S.-made organic, food-based supplements.

“It’s become a challenge to meet the demand,” she said, calling from England, where she’s originally from. She’s taking it day by day, though she added that she’s cut marketing spending by 80 percent and hired five more employees, bringing her team to 20.

“We’re 80 percent direct-to-consumer, and 20 percent is largely online retailers,” she continued. The brand is sold in 110 shops, including Nordstrom and Violet Grey. “We have such a local customer base, a 70 percent repeat purchase rate.”

She credits it to the effectiveness of the products, which range from targeting gut health to skin impurities. Since the virus, there’s been a surge in sales of the brand’s immunity supplement, which grew 400 percent, she said.

“People do finally get that beauty is about addressing your health and that wellbeing, the glow begins within,” Morariu shared.

According to Plavsic: “The consumer is ready for clean makeup.” 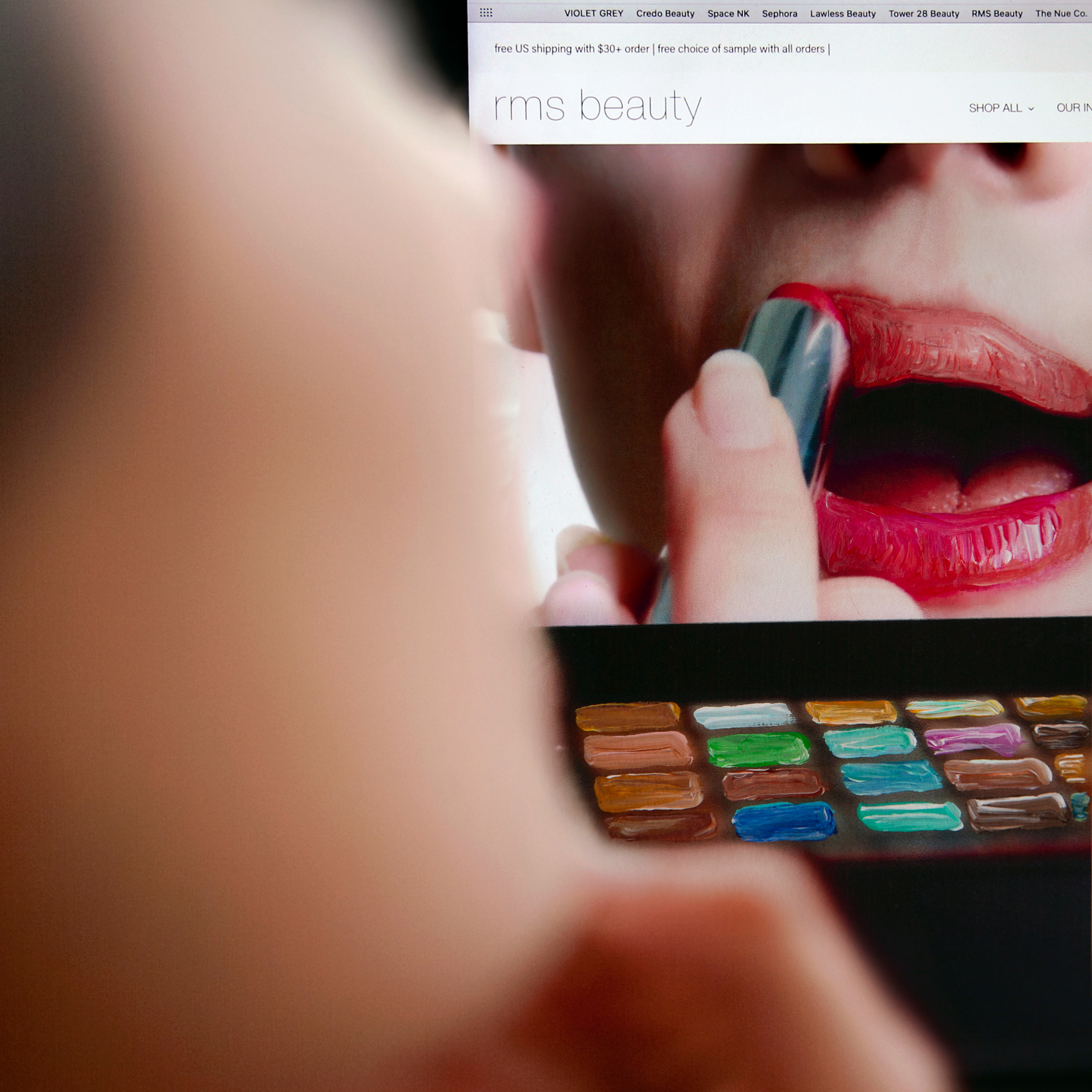 Other contemporaries in cosmetics like RMS Beauty — which was founded in 2009 — and newer brands like Tower28 Beauty and Lawless Beauty are surviving the climate. There have been no furloughs or layoffs, share the founders, who emphasize the benefits of not over-hiring and cutting down on unnecessary spending. And they attribute part of their success to the clean category. These days, buyers want to be responsible for the products they use.

“I remember 10 years ago when we started the brand and we would talk about it being clean and green, people weren’t really interested,” said RMS Beauty’s chief operating officer Elaine Sack. “I don’t want to say we were laughed at…”

“We were laughed at,” chimed in founder Rose-Marie Swift.

“The marketplace really has come around,” Sack added. “People really do recognize, with the coronavirus and the less is more concept, that you can feel beautiful in your skin.”

“And it’s still fashion forward and user friendly,” Swift said. “People trust my brand. They know how outspoken I am against the industry and the chemicals being used. People were first hesitant, but now they’re embracing it.”

Amy Liu, chief executive officer and founder of Tower28 Beauty, who’s worked in the industry for 16 years, said she’s noticed consumers “moving toward clean beauty,” too. Like her peers, she follows a strict “no-no list” of ingredients, free of toxics. “People feel safe using our products.”

“Beauty is recession proof,” she said. “It’s an inexpensive form of self-care. And clean beauty feels more relevant now. Health, wellness, the environment are at the top of our minds.”