Ceremonia has raised $2 million in a new round of seed funding.

The seed round was co-led by Silas Capital and Beliade. Babba C. Rivera, founder and chief executive officer of Ceremonia, told WWD via phone that she plans to use the investment to build an omnichannel strategy for her brand, which launched its clean hair care direct-to-consumer in October.

“I wanted to find investment partners that understand beauty and wellness,” Rivera said. “We internally talk about hair wellness — it captures the essence of our company. We wanted investors who have experience, through their portfolio companies, going from direct-to-consumer to an omnichannel strategy.”

Brian Thorne, a partner of Silas, said in a statement that the firm has “strong conviction” that Ceremonia will “transform clean hair care.” Silas Capital has invested in clean beauty brands such as Ilia and Herbivore, as well as Something Navy, the clothing brand created by controversial influencer Arielle Charnas. 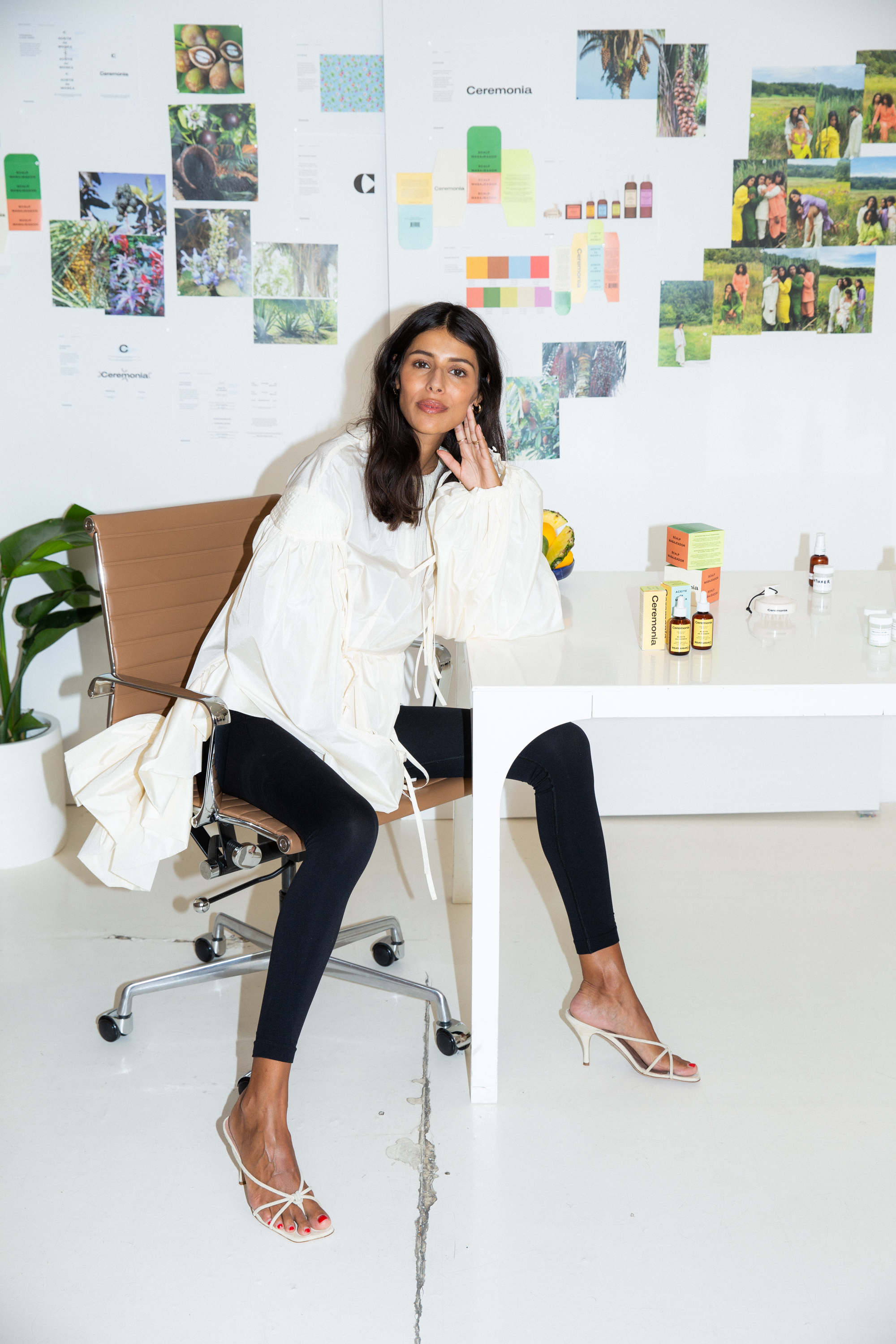 Rivera previously raised $1 million in pre-seed funding during the COVID-19 pandemic, making her one of a growing — yet small — group of Latina women who have raised more than $1 million in venture capital funding. She previously spoke with WWD about taking Zoom calls with investors while pregnant.

Ceremonia reported to WWD that it outperformed initial revenue projections by more than 50 percent, surpassing $100,000 in revenue within 100 days of its launch.

“We have ramped up our [sales] projections [for 2021] because of the rapid growth that we saw in the first six months,” Rivera said.

Rivera has been “getting a lot of interest” from retailers, and is considering “fewer, but more impactful” partnerships, she said.

“I think what could be interesting with a retail partnership is accessibility,” Rivera said. “We’re looking at potential retail partners that can help get Ceremonia in the hands of more people quicker.”

Ceremonia’s Wash Day shampoo and conditioner set, $32, is its best-seller. The Scalp Masajeador, $16, is its fastest-selling product, experiencing a tenfold increase in sales in the weeks following its launch.

Rivera plans to build out Ceremonia’s product assortment to “hair wellness” items while placing “a strong emphasis on ingredients.”

“We always try to solve common hair woes by looking at it holistically,” she said. “That’s why we tap into natural ingredients — to help reboot the hair. What sets us apart in the hair care industry is that most of the products that are out there are focused on styling and getting shiny hair for the day. We’re here to help you reboot your most natural hair to unlock your best hair.”

Brands Turn to Microinfluencers, as Supers Struggle With Relatability