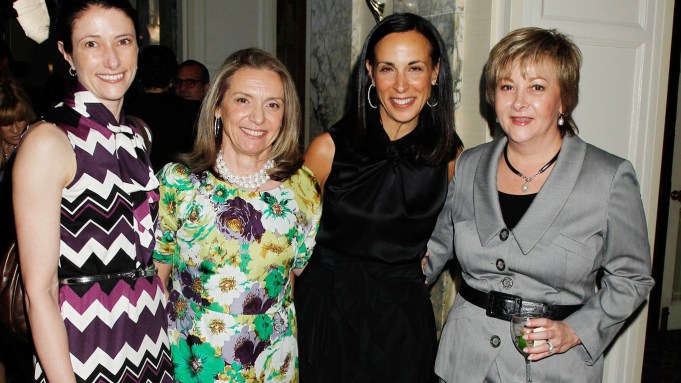 Sixty-five years ago, the Supreme Court ruled that school segregation was unconstitutional, Marilyn Monroe married Joe DiMaggio and Swanson invented the TV dinner. That year, too, the Cosmetic Career Women organization was created to advance the careers of female workers in what was then called the ‘toilet goods’ industry.

Fast forward six decades or so, and women are firmly entrenched in the ranks of what is now called the beauty industry. While the number of women in the c-suite is still not at parity with that of men, the increase in the number of businesses being run by women is significant.

The extraordinary growth of CEW reflects the overall larger sociocultural trend of women gaining force in the workplace. In the last 20 years alone, since Carlotta Jacobson became president, CEW has grown from 400 members to over 10,000, with a full-time staff that has expanded from four to 34. While the three core pillars — recognition, knowledge and networking — haven’t changed, CEW’s purview has. Today, its programs cover everything from entry-level career mentorship to social media master classes, consumer-facing product awards to the industry’s highest recognition of female executives.

While men are now welcomed as members, the common thread that runs throughout everything CEW does remains the advancement of women. “We wouldn’t be an industry without women,” said Jacobson. “Honoring women and keeping their accomplishments at the forefront of the industry is important, because while many women hold positions of running businesses, we’re still not seeing them in the c-suite. The more we see women in the forefront, the more comfortable everybody becomes.”

CEW is equally as focused on tapping into the power of the next generation of leaders, fostering a spirit of cross-corporate camaraderie that benefits the collective as much as the individual. Take the Mentorship program, which connects fledgling executives and founders with established industry players. Tatcha Beauty’s founder Victoria Tsai was paired with Shiseido’s Jill Scalamandre (who also serves as CEW’s chairwoman), for example. “Her advice throughout the years has been invaluable,” said Tsai. “I can’t think of another program in beauty where a young indie brand can connect directly with women at the top of the field.”

As CEW celebrates its 65th anniversary, WWD explores how the organization has grown — but more importantly, how it is preparing for a future that is continually changing and evolving.