CEW at 65: Carlotta Jacobson: Leading the Charge for Change

As president of CEW for the last 20 years, Carlotta Jacobson has made sure the professional organization stays one step ahead of an industry moving at warp speed. 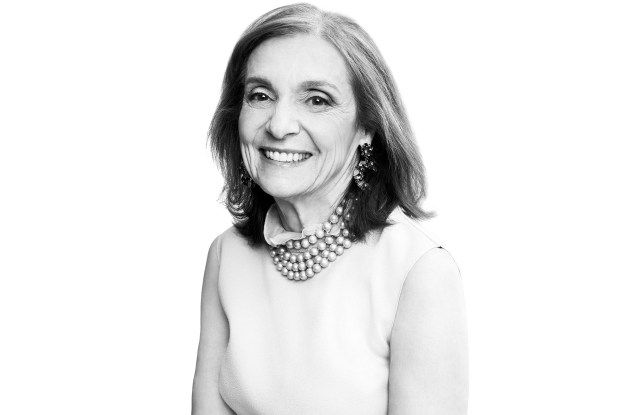 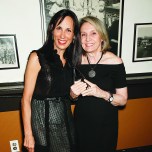 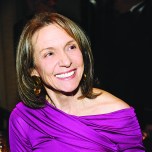 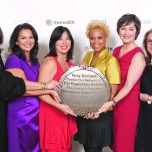 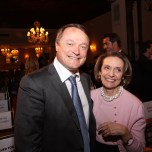 From masters of the universe to meditation.

Over the last year alone, CEW has produced members-only events ranging from one-on-one conversations with the likes of L’Oréal chief executive officer Jean-Paul Agon to an evening of collective meditation at the Millennial hot spot MNDFL.

The range demonstrates how the organization’s president, Carlotta Jacobson, has consistently kept CEW on the cutting edge of relevance, transforming it from a small industry group into beauty’s most influential networking and educational organization. Yet 20 years into her role as president of what was called Cosmetic Executive Women when she joined, Jacobson is not one to rest on her laurels — or stand still.

As CEW enters its 65th year, the organization continues to evolve considerably, just like the beauty industry itself. An industry veteran who knows the ins and outs of beauty better than most, Jacobson is the first to recognize the imperative to change. “Funnily enough, what keeps me up at night is the fact that we are celebrating our 65th anniversary,” said Jacobson recently, during a wide-ranging interview on which she touched on everything from leadership to learning.

“It’s great that we’ve made it, but I don’t want us to be looked at as a legacy company,” she continued. “We as CEW are facing the same issues the brands are — how do you retain what’s good and the things people respond to, yet deal with the very different needs of the different people the organization serves.”

Indeed, CEW’s membership has expanded exponentially over the past 18 years, from 400 to over 10,000 today. That figure encompasses four generations of members, from Boomers to Gen Z. About 45 percent of the membership is mid-career, while senior-level executives comprise 35 percent and early-career, about 20 percent.

Creating programs for the needs and expectations of each group has challenged CEW to adapt to the rapidly evolving beauty world. “Millennials have presented us with one of the biggest changes,” said Jacobson. “They’re different — it’s like how you always think your child is like you and they’re not. They have a different point of view, and we have to do different kinds of events to appeal to them.”

Whereas mid-level members come to events to gain knowledge and network, Millennials are coming to socialize and make connections. That means experiential events — such as a night at Story, the store that eschews permanent installations in favor of a rotating themed model, or an evening of yoga, exercise and meditation. “We’re looking at our events and asking what different members like and don’t like and what they want.”

Such brainstorming sessions go far beyond deciding speakers for upcoming series. “There are things we never would have thought about,” Jacobson said. “For example, Millennials like the idea of going away for a weekend, like to a camp, where you play sports and games and have fun. A lot of it is around socialization.”

The impact of technology has also created a new event structure for CEW. Two years ago, the organization introduced The Connected Consumer, a half-day conference that addressed everything from agility to analytics, and there are numerous educational events throughout the year — such as a session with Eva Chen, Instagram’s director of fashion partnerships. “So many of our members don’t have the experience they need to integrate technology into everything they do in the workplace,” Jacobson said. “How do you get them to learn those skills? I don’t have all of the answers, but we see that our membership wants a lot of information.

To that end, CEW has prioritized featuring experts from outside of the beauty industry to speak at events. What’s been particularly resonant is when the organization arranges a speaker at a big tech organization, like Google or Instagram. “When Eva Chen spoke, tickets sold out in one day,” Jacobson said. “Our members want to go to these places and hear what the companies are doing and understand the culture.”

One of the ways that CEW insures it is in step with what members want is by continually updating its strategic plan. This year will usher in the sixth edition, with the goal of understanding how CEW can secure its position by delivering tailored experiences, content and services that increase its relevance with members. In other words, can you appeal to everyone when the organization itself has grown so exponentially?

Like many beauty brands, the answer lies in personalization and customization via member segmentation. “We have gotten big, but we’re getting smaller in our approach to segmenting,” Jacobson says, noting that another goal of Strategic Plan 6 will be to create advisory groups for key constituencies.

While men are today admitted as members of CEW (although they don’t serve on the board), another goal for the year ahead is to look at the importance of women in business today and the role that the organization can play in furthering workplace parity. A decade ago, CEW partnered with Boston Consulting Group on a survey about gender equity, and they will do so again this year.

While Jacobson isn’t yet sure of exactly what the conversation will consist of, she knows CEW will be directional in continuing to champion women. “The world is changing right now,” she said. “There is a shift, but it’s slow.”

Noting that there is still a dearth of women in the c-suite despite an ever-increasing number at the senior executive level, Jacobson believes there’s a way to go culturally before true parity exists. “I think the culture still hasn’t changed — men are more comfortable with men,” she said. “Certain things you can’t change, until you have a generation of men who don’t feel that discomfort.”

The CEW Achiever Awards were born, in part, because Jacobson recognized how important it is for women to have a forum where they are recognized for their professional achievements. Since its inception in 1975, the event has become one of the most anticipated of the year for beauty insiders. Over 100 women have been honored, with a list that reads like a who’s who of beauty.

As the industry has expanded, so have the awards. Whereas the previous generation of honorees consisted largely of brand marketers, over the last few years the purview has expanded to include a broader range of people, from established brands to emerging categories and companies, founder to financial executive. “The Achiever Awards are very meaningful,” said Jacobson. “It’s a way of keeping women and their accomplishments at the forefront of the industry. This is important because while many women hold positions of running businesses, we’re still not seeing them in the c-suite. The event makes you think about the importance of women in the industry. We wouldn’t be an industry without women.”

The Achiever Awards is equally as memorable for attendees, who leave the lunch feeling inspired and motivated by hearing the personal stories of the Achievers. Over the years, Jacobson has seen first-hand, the qualities women need to rise in the workplace, and she is passionate about passing on such skills at events and through more personalized programs like CEW’s MentorMatch. “It’s a matter of being comfortable knowing how to promote yourself and not have someone else take credit for the work you’re doing. I don’t think that comes naturally for most women,” Jacobson said, when asked what she’s learned. “Usually that makes you feel too aggressive, but you have to step up.

“So if you make a mistake, own up to it. Take risks. Don’t wait to be asked for a contribution,” she continued. “Women need to learn to say what they think, and be ahead of the game. Don’t get sidetracked by an issue.”

She also advises women to take global leadership roles, when feasible. “Look at the people who are running businesses —they have lived all over,” Jacobson pointed out. “I tell young women, ‘Go live in a different country. Companies are global and you have to get that experience.’”

As for herself, Jacobson had no master plan when crafting her career. After leaving her post as beauty editor of Harper’s Bazaar in 1992, she consulted in the industry and was then tapped by Robin Burns, CEW’s then-chairwoman, to be president of the organization. Many of the qualities that enabled her to be a successful editor are those that have allowed her to keep moving CEW forward, notably an unremitting curiosity about the world around her, an eagerness to create what’s next and the ability to build trust with everyone in her orbit.

“As an editor, you’re always looking at things and asking where is it going?,” said Jacobson. “I read everything and am always asking, what else can we be doing?

“I’m not afraid of change. I figure, what’s the worst thing that can happen?” Jacobson continued. “You have to have that mindset or else you’ll remain in place and an organization can’t grow that way.”

Carlotta Jacobson is a voracious reader. Here, the books currently on her bedside table:

“The Power of Habit: Why We Do What We Do in Life and Business” by Charles Duhigg

“Swipe to Unlock: The Primer on Technology and Business Strategy” by Neel Mehta, Aditya Agashe and Parth Detroja

“Superforecasting: The Art and Science of Prediction” by Philip E. Tetlock and Dan Gardner

“21 Lessons for the 21st Century” by Yuval Noah Harari