The organization has been intent on transitioning its trademark Insiders’ Choice Beauty Awards from coveted industry accolades into practical advantages. 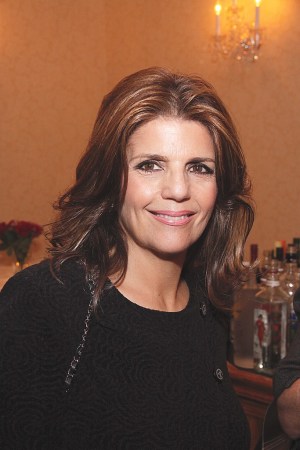 As if the honors and Lalique statuettes weren’t enough, for the last several years, the CEW has been intent on transitioning its trademark Insiders’ Choice Beauty Awards from coveted industry accolades into practical advantages at the point of sale. This means getting the word out — in-store, in-print, on TV and in cyberspace.

Created two decades ago, CEW president Carlotta Jacobson saw the awards as a means to put the industry in a better light. “Everything [back then] on TV was about the product and how cosmetics weren’t safe,” Jacobson said. “I thought we should be doing something that’s positive for the industry and that we could then bring it to the consumer.”

For its maiden voyage, the Beauty Awards drew 35 product entries from seven categories. But through CEW’s vast efforts to recruit new members, add categories, recognize niche brands and publicize the event, this year’s competition elicited a staggering 760 entrants across 31 categories.

As part of its quest to create awareness and put more winning products into the hands of consumers, CEW created the Beauty Awards Seal in 1998. “When a shopper purchases a beauty product, she is looking for performance and value,” Jacobson explained. “The CEW Beauty Awards seal helps consumers cut through the clutter so they can make an informed decision about the best products the industry has to offer.”

Finalists and winners can affix the seal to product packaging and use it in their marketing materials, including advertising, in-store signage/displays, Web, e-blasts and social media.

Not content with just being featured in traditional news media outlets, CEW went viral in 1998 when it set up a Web site showcasing the 180 Beauty Awards entrants with product descriptions, technological information and usage data. One year later, Excite Inc., one of the event’s sponsors, posted the winners on the Lifestyle Channel section of its Web site, excite.com. It was the first time the winners were presented in cyberspace.

And as the speed limit on the information superhighway has risen, CEW has raced to keep up. In 2011 it partnered with foursquare.com/cew_ny, showing where winning products could be purchased. Presenters also encouraged attendees to tweet during the ceremonies (this year’s awards trended nationally on Twitter). Meanwhile, the organization started actively pursuing the industry’s most sought-after online influencers in 2012 when it invited 12 beauty bloggers to present trophies to award winners.

“Every year we look for new ways to reach the consumer with the story of the awards,” Jacobson said. “Bloggers are today’s superconsumers. They are viewed as credible experts on beauty.”

Acting as a presenting sponsor, this year Meredith Corp. partnered with CEW to reach the media company’s 100 million consumers through its multiple platforms, which include magazines, TV and digital.

Jacobson will also make her annual appearance on NBC’s “Today” show, where she has been highlighting the winning products since 1998 on a special CEW Beauty Awards segment. Then there’s CEW’s relationship with QVC, which has aired its CEW Beauty Insiders’ Choice Awards program since 2009.

Throughout the years, CEW has worked with other retailers — both online and brick-and-mortar — to promote and purvey winning products.

Last year, CEW signed its first retail partnership with Amazon.com to sell the winning products, while Birchbox sold two limited-edition boxes and CVS designed an incentive to highlight winners to its loyalty cardholders.

The organization’s efforts have not been for naught. When CEW started tabulating media impressions in 2004, the Beauty Awards garnered 135 million. This year’s media impressions catapulted past the 200 million mark.

“We believe the beauty awards have a positive effect both internally and externally,” said Karen Fondu, president of L’Oréal Paris at L’Oréal USA. “Internally, they give our team a sense of pride, and externally, they reinforce our credentials as the number-one beauty brand globally. Lastly, our retail partners appreciate the incremental endorsement they bring to our offerings.”