The colorist wanted to make the 1,555-square-foot space feel like home. 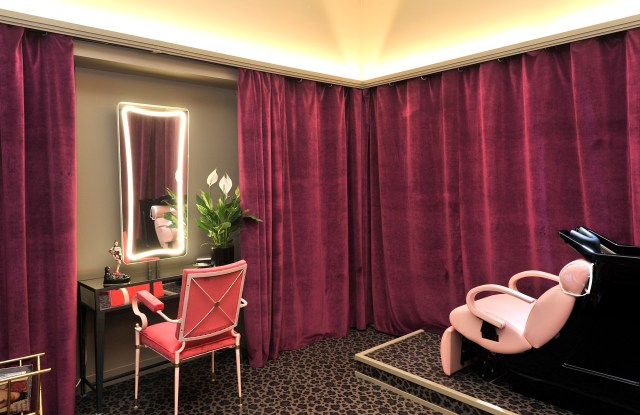 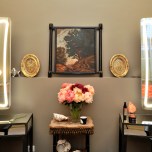 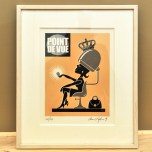 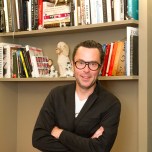 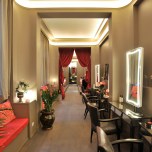 PARIS — Christophe Robin’s new signature salon, which opened this morning on the Right Bank here, is a personal affair.

“I did it like it was my home,” the renowned hair colorist told WWD, pointing out the decor.

He was inspired by the wild and wonderful mash-up of prints, colors and textures that was the aesthetic of Tony Duquette — the late designer of furniture, jewelry, interior and movie sets. Cue pink leather chairs standing by the four sinks in the salon’s main room atop panther-printed flooring (juxtaposed with parquet). Antique hand-mirrors lie on tables, and there are flowers, terra-cotta figurines, prints, paintings, books, a generous amount of natural light plus a large collection of shells.

The 1,555-square-foot salon includes one space (due to open in 10 days’ time) that will serve as a shop selling Robin’s hair line and features the largest of the shell-shaped creations, a basin. It’s here people can — for free — wash and dry their own tresses, then be given a style, like a braid or chignon, using his products.

“We will give you a diagnostic for hair color and your scalp,” said Robin. “I want to make people smile.”

His own joie de vivre was palpable as he passed through the salon, shadowed by his eight-year-old border terrier, Lily, prior to the onslaught of the first 25 clients.

Robin pointed to a swath of a fabric, with a re-edition of a splashy Duquette print, hanging on one wall.

Robin worked with architect François Bosc on the salon. It was a first for Bosc, who specializes in conservation.

“For decoration we decided not to listen to anybody — I did what I wanted,” said Robin.

“I have the nicest team in the world; they’re like my family,” he gushed, adding that all 14 employees have worked with him for at least seven years.

Robin would not discuss sales projections, but industry sources estimate the salon will generate 1.3 million euros, or $1.5 million, annually.

Robin’s first salon made its debut 20 years ago, at the age of 24. The tiny space’s size was doubled, and he worked there for 12 years. Next Robin opened a much larger salon, of 4,444 square feet, which he quickly sold. (“It became a factory,” he lamented.) The colorist then worked out of two bedrooms at Paris’ hotel Le Meurice for seven years, substantially longer than the original six-month plan.

Robin first thought he’d open his new salon in Paris’ “golden triangle,” the tony area near the Avenue des Champs-Elysées, but opted for something more neighborhood-y.

Robin fell in love with the Rue Bachaumont — his salon stands at number 16 — and its environs in the second arrondissement. He said his foreign clients are interested in discovering fun neighborhoods, where they can find good food, antiques and “sur-mesure” treasures.

“I wanted to be more accessible. Everything is in this neighborhood,” continued Robin. “At my age, 44, I want to please myself.

“When I read the blogs saying ‘Christophe is only for the stars,’ it drives me crazy,” he said. “Because I’m like an artisan. When you cook bread or cakes — you’re happy that everybody is going to eat them.”