Mere months after shuttering, the company has been acquired by Europerfumes.

Commodity’s rollercoaster year seems to be closing out on a high note.

Industry sources estimate the company had done between $24 million and $27 million over the past three to four years. And yet, in April, it shuttered.

Following the abrupt announcement of Commodity’s closing, its fragrances were discounted on Sephora’s web site and fans of the brand mourned the news on Reddit.

As of Oct. 31, distributor Europerfumes has acquired Commodity and plans to relaunch it in June. Terms of the deal were not disclosed.

In an interview with WWD, Vicken Arslanian, founder and president of Europerfumes, said he wasn’t originally planning to buy a brand, but jumped at the opportunity to purchase Commodity.

“I was attracted to the brand for the same reasons everybody else is,” he said. “I had heard it closed, I was sad by it and then the opportunity came and without thinking twice, we jumped on it. I thought it’s a line that has a tremendous amount of potential, specifically today, and we wanted to be part of that.”

Commodity will make its comeback in June, with a soft relaunch of products slated for March. Europerfumes, said Arslanian, plans to refine the packaging, strengthen the brick-and-mortar strategy and bolster Commodity’s direct-to-consumer model.

There are also plans to expand internationally. Following a simultaneous online relaunch in the U.S., the U.K., Middle East and Australia, Europerfumes plans to bring Commodity to brick-and-mortar locations in those regions, followed by Russia, the rest of Europe and Asia.

More immediately, Europerfumes is focused on drumming up online engagement around Commodity with a video series that began on its Instagram last week. 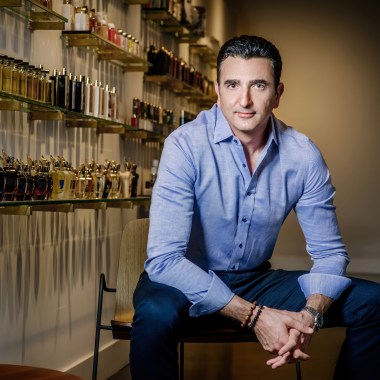 “My first objective was to make sure that [the Commodity] community is taken care of and remains engaged while we reboot,” Arslanian said. “The video series is to engage them, so they see that the brand is coming back and potentially to be a part of that. There is going to be an interactive portion where the consumers can potentially help decide what the next fragrance is.”

Commodity Broadens Its Reach Beyond Fragrances

Direct-to-Consumer Fragrance: Can It Ever Work?