NEW YORK — Retailers equate the name “Coty” with a license to make money.

For the most part, launches from Coty, whether a new fragrance or the introduction of The Healing Garden, have been welcomed with open arms — and... 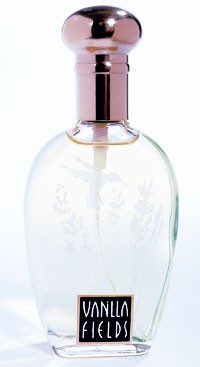 NEW YORK — Retailers equate the name “Coty” with a license to make money.

For the most part, launches from Coty, whether a new fragrance or the introduction of The Healing Garden, have been welcomed with open arms — and shelf space.

“We always looked forward to Coty fragrance launches,” recalled Jeanette Solomon, a former buyer with the now-defunct K&B drug chain. In her 30 years of buying, Solomon has witnessed many Coty successes, such as Stetson and Exclamation. “They’ve really never had a failure.”

In the Seventies and Eighties the mass market fragrance business was robust and led by a host of companies such as Coty, Jovan, Dana and Revlon. Even with a multitude of competition, Coty was the brand to watch.

In the late 1980s, a shakeout commenced that virtually left Coty as the only major mass market fragrance company in the fight. At that time, Walgreens’ top fragrance merchant, Steve Lubin, lauded Coty for sticking with the trade channel and the industry.

Coty’s biggest payoff came in 1993 when its marketing team hit upon the runaway success of Vanilla Fields. Vanilla was emerging as a hot ingredient, and Coty was first to put it into a scent. “It was a fragrance that brought everyone into stores,” said Sally Yanke, buyer for Medic Drug. Vanilla Fields initiated a boom in vanilla scents, and the fragrance was a top performer for several years.

Although it’s hard to top a Vanilla Fields, Coty continues to be ahead of consumer trends in scents. Today, subtracting out diverted brands, Coty is the biggest fragrance marketer in mass stores.

Coty’s brands secured a stellar reputation under the watch of former chief executive officer Jerry Abernathy. “Jerry knew everyone,” said Solomon of the former executive. Reached recently in his retirement, Abernathy discussed how mass retailing of just 10 years ago was a different world than today. “Buyers made more gut decisions,” he said. “Today the numbers rule.” The fact that results made it difficult to gamble on new fragrances made it harder for any company other than Coty to enter the marketplace. Coty continued to serve up the marketing money needed for new launches while competitors fell by the wayside.

And although runaway hits are harder to come by than ever, scents such as The Healing Garden Waters and Adidas are among the firm’s successes in a lackluster mass fragrance world. And few words can describe the excitement delivered as the Celine Dion fragrance became available in mass after a successful launch in midtier outlets. Recently the company added a scent to The Healing Garden called In Bloom that retailers from Sears to Walgreens herald as a new technology in capturing floral scents.

Then there are Coty’s efforts with the Mary-kateandashley fragrance, which Kathy Lindsay, senior category merchandiser at Wegmans, said has generated “well overdue volume for the fragrance category.” Coty first introduced the tween scent at Wal-Mart and has since rolled it out to other doors.

Perhaps one of the crowning moments for Coty in the past 10 years has been its involvement in creating the aromatherapy category for mass. The company unwrapped The Healing Garden in the early 1990s and ushered in an entirely new consumer to drug, mass and discount stores.

“The Healing Garden put drugstores on the map,” recalled Valerie Cheyney, buyer for Happy Harry’s in Newark, Del. With its appealing wood fixture, The Healing Garden proved that mass stores could sell an upscale line. The only failure for the brand was that its success spurred a rush of competitors to knock it off.

The Healing Garden is now undergoing renovation to push it back to the forefront in a much-copied industry. One avenue for growth has been to extend the brand franchise into related categories, such as cellulite reduction. The brand’s entry into that area has done well, according to Happy Harry’s Cheyney.

Coty was once a power in cosmetics, with an array of specialty products. While it has mostly exited color cosmetics, it does have the powerful Rimmel collection in its arsenal. Selling through Wal-Mart has also proved to be a great testing ground for Rimmel, a cosmetics line now rolling out to other doors with success (see related story in this section). Retailers hope Rimmel can duplicate its success at Wal-Mart in their doors.