Supply chain disruptions are estimated to have cost the business $150 million year-to-date.

Coty Inc. sales continued to slip in its fiscal third quarter, but new chief executive officer Pierre Laubies is creating a plan to hoist them up. 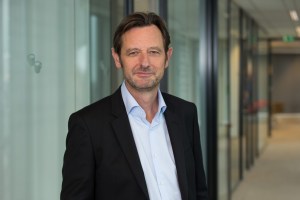 “We must capitalize on the solid results of the Luxury and Professional Beauty divisions, and address the weakness of the Consumer Beauty division’s performance via shelf productivity, product range simplification and brand investment at scale. Those are the main priorities of the strategic plan that we are completing and which we will start deploying as soon as fiscal 2020,” Laubies said in a statement.

He elaborated further on a call with Wall Street analysts on Wednesday, noting that 60 percent of the Coty portfolio is performing “solidly” and problems are centered in the Consumer Beauty division, which houses Cover Girl, Clairol and Rimmel.

After a few months of analyzing the portfolio — Laubies came into the role in November — he said the company believes it has “upside potential” by “optimizing what we currently sell, even without substantial innovation.”

That comment prompted a question from BMO analyst Shannon Coyne, who asked Laubies about how he intended to compete in beauty without the substantial innovation “that the beauty consumer demands.”

Laubies said he is still learning the beauty world, and had not previously known about the newness “codes of the market.” “We will adhere to the code, and we may not have necessarily done that in the past,” he said. Coty’s plan, he clarified, is to see which products already are selling well and sell more of them.

“It is easy in the beauty business to lose track of these very fundamentals because of sheer complexity of the ranges…the problem is not really to invent but to actually be consistent, to be clear about where are your key value items…and make sure they always deserve the right exposure,” he said.

That concept is part of Coty’s focus on simplification. “Our analysis has shown that our prior focus on short-term growth has led, over time, to a very complex [business] through excessive proliferation of subranges and sku expansion. We are convinced that by addressing this complexity, we will unlock substantial opportunity for cost savings and shared productivity improvement,” he said. He also stressed the new management’s commitment to “consistent results over time” and building a “reliable strategy.”

For the quarter, Coty posted $1.99 billion in sales, down 10.4 percent from the prior-year period. Net losses narrowed to $12.1 million, and the reported diluted loss per share was 2 cents.

The company cited growth in the Luxury segment, “slightly negative” results from the Professional Division and a 10 percent like-for-like decline in the still-struggling Consumer Beauty segment.

For the quarter, Luxury posted $729.2 million in sales, a 3.1 percent decline from the prior-year period. Burberry, Gucci and Calvin Klein did well in the quarter, and Hugo Boss improved its business after supply chain disruptions. Marc Jacobs continues to do well because of Daisy, and has renewed its license with Coty. Gucci also recently introduced a lipstick collection, which is the first part of the brand’s makeup relaunch.

The Consumer Beauty segment declined 17.8 percent, to $840.3 million. Coty said part of that was because of “continued weakness in the global mass beauty market, particularly in the U.S. and Europe.” Younique, a direct seller that Coty bought 60 percent of in 2016, is also down.

In the Professional division, sales were down 6.1 percent to $421.1 million, mostly due to supply chain issues, coupled with inventory reduction at some customers.

Coty said the supply chain disruptions have been fixed, but have affected net sales by $150 million.

“Third-quarter results clearly indicate that supply issues are largely resolved and we expect very limited impact from supply chain disruption on the business in the remainder of fiscal 2019,” Laubies noted.

Coty took an impairment charge earlier this year due to the Cover Girl and Clairol trademarks that is causing that larger net loss figure.

Coty’s stock was down in mid-morning trading by more than 6 percent, to $11.44. The company’s stock price has improved since JAB, which owned a 40 percent stake in the business, said it would launch a tender offer to take a 60 percent stake. Analysts have said that decision shows confidence, and Coty has said it will allow it to deleverage. That tender offer combined with a share dividend unveiled Wednesday could increase JAB’s stake in the business to 69 percent.

After Shake Ups, Can Coty Management Turn the Business Around?