Coty Inc. is on a roll with its recent rapid-fire round of acquisitions, and chief executive officer Bernd Beetz is in no mood to let up. 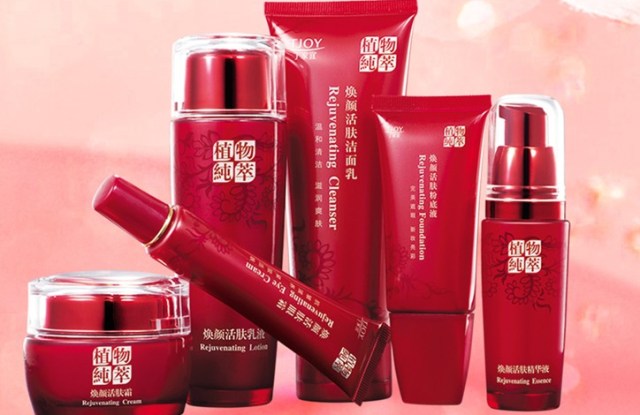 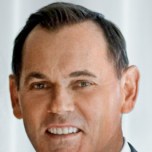 Coty Inc. is on a roll with its recent rapid-fire round of acquisitions, and chief executive officer Bernd Beetz is in no mood to let up.

“It is important that we broaden our footprint and build strength in color cosmetics and skin care,” he said in an interview. He was speaking just a few days after winding up a series of deals for buying Dr. Scheller Cosmetics AG in Germany; the Philosophy skin care brand and nail enamel firm OPI Products Inc. in the U.S., and Tjoy, a Chinese skin care brand.

Beetz laid out his vision for the company by detailing how these acquisitions were designed to diversify and build up the separate product pillars of the company, but also make Coty more of a power in the BRIC countries.

Already, the buying spree, which industry sources estimate had a combined price tag of $2 billion or more, has had an impact. According to the company, after the acquisitions, the dominant fragrance share of Coty sales shrank in influence by 7 percent to 55 percent, color cosmetics swelled by 3 percent to 26 percent of Coty volume, skin care jumped from 4 percent to 10 percent and the share of toiletries was reduced by 2 percent to 9 percent. Following the first acquisition, Dr. Scheller, which bolstered Coty’s share of the German color market with sales estimated at $70 million, the company’s total sales were nudged upward toward $4 billion. That deal was seen as paving the way for Coty to realize its ambition by hitting $7 billion in sales by 2015.

Beetz said the overall company has managed to chalk up double-digit sales gains for the last five months.

Turning to the BRIC strategy, he said: “We are extremely encouraged by the results from building an organization in Russia.” He was referring to the establishment of the Russian subsidiary in July 2009 to market directly from Moscow the brands in the Coty Beauty and Coty Prestige divisions, which distribute the Adidas, Calvin Klein, Rimmel, Davidoff, Chloé, Lancaster, Marc Jacobs and Playboy products.

Perhaps a larger prize is China, where Coty already sells its Rimmel, Adidas and Lancaster products. Beetz observed that “we’re very happy in China,” at least in the prestige channel, but mass is more complex. Moreover, Coty’s distribution network has penetrated only four or five cities. That’s where Tjoy comes in. Sold in specialty stores, it ranks third in the mass skin care market, has widespread distribution and employs 8,000 people. Beetz noted that he sees Tjoy having strong potential in the rest of Asia.

Philosophy, which was built in the U.S. largely by being sold directly via TV, represents to Beetz “a very successful business model,” which he intends “to expand worldwide.” Philosophy, which will be grouped in the Coty Prestige division, has begun expanding in France, UK, Germany and elsewhere. Coty’s mainstay treatment brand, Lancaster, which generates the majority of its sales in Europe, also has been earmarked for international development.

Likewise, Beetz also plans to go global with OPI Products Inc., the nail enamel sales leader in the global salon world. With its fashion-driven colors and kicky, clever marketing, OPI offers a salon persona to complement Coty’s Sally Hansen brand, the leader in nail care. OPI will be added to the Coty Beauty division to strengthen the color pillar, and the company expects to spur its present growth pattern through mass market distribution channels in 85 countries in the U.S., Europe and Asia. Asked if he intends to penetrate deeper in the salon channel, Beetz replied, “We want to master that universe.”

As for Dr. Scheller, Coty’s market share in Germany has swelled from 23 to 25 percent of the color market, and the company plans to leverage Scheller’s distribution channels in Central and Eastern Europe to benefit existing brands such as Astor, Rimmel and Esprit Cosmetics.

As of the end of the last fiscal year, Coty did 57 percent of its global business in Europe, 32 percent in the Americas, 7 percent in Asia and 4 percent in the rest of the world. Although Coty is largely identified with fragrance, Beetz said, “We have three very strong pillars and a very strong critical mass.” Asked about speculation that Coty is trying to lessen its dependence on scent, which until recently has been a beleaguered category, Beetz quickly retorted, “We love fragrance.” The objective, he continued, is to broaden and strengthen the company’s base as a complete beauty house.