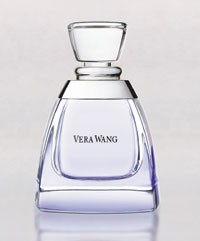 And Beetz showed it on Friday when Coty acquired the marquee Calvin Klein fragrance by signing a deal to buy Unilever’s global prestige fragrance business for $800 million, a move that some analysts said could catapult the company into the top five of global fragrance firms.

Beetz has bigger ideas. He intends to become “the world fragrance leader,” and the Calvin Klein brand will play a major part. The Coty ceo said that he has strong European brands and that Klein will provide “the linchpin” of a global power because of its strong presence in markets around the world. Coty is expected to log annual sales of about $2 billion when its fiscal year ends June 30. With the addition of the acquired brands, which do more than $600 million in estimated volume, it is anticipated that Coty may reach total sales of $3 billion within the next two years.

Coty is already the top player in mass-market fragrance, with hits such as Celine Dion, Mary-kateandashley, Adidas and Stetson. The acquisition will give Coty the critical mass in the prestige segment to match its strengths in mass, Beetz said. With a stronger lineup covering all distribution channels and extended geographic reach, Coty is poised to go after industry behemoths, namely L’Oreal, Estee Lauder and Procter & Gamble.

“In addition to making Coty a leading player in a highly fragmented industry, this acquisition will move us closer to our longer-term goal of being among the top five beauty companies in the world,” Beetz said in a statement.

Under the terms of the deal, Coty will make deferred payments to Unilever based on the sales performance of the Calvin Klein fragrances over the next 10 years.

The stipulation, which Unilever said could generate $100 million or more, ensures the consumer goods company benefits from its previous investment in the brand, a Unilever spokesman said. Since 2003, Unilever has worked to freshen its fragrance offering, introducing scents such as Vera Wang for Men, CerrutiSi, and Calvin Klein Eternity Moment.

“Coty has the scale and resources to develop the business to the next level,” said the spokesman, adding that the divestiture will allow Unilever to focus on building its core businesses. Unilever’s battalion of personal care brands includes Dove, Ponds and Axe.

For Coty, the deal furthers its strategy to increase prestige sales in the U.S., Beetz said during a news conference Friday. He added that Unilever’s fragrance portfolio will also reinforce the company’s presence in Europe and give it a stronger foothold in Asia. The Americas and Europe accounted for 89 percent of Coty’s total sales in 2003, while Asia and the rest of the world generated the remaining 11 percent.

The deal marks the second major coup for Coty since Beetz joined the company four years ago. In May 2003, the chief executive expanded the firm’s prestige stable when he added the beauty licenses of designers Marc Jacobs and Kenneth Cole to Lancaster’s portfolio.

Given Beetz’s penchant for building global fragrance franchises, Calvin Klein offers the greatest promise. Industry sources estimate that it accounted for about $525 million of the Unilever unit’s more than $600 million in sales.

Unilever has put elbow grease into its brand portfolio, as it prepared to spin off the division.

In February 2004, Unilever signed actress Scarlett Johansson to serve as the spokeswoman for the Calvin Klein brand. She kicked off the partnership by appearing in ads for Eternity Moment.

Its latest women’s scent, Euphoria Calvin Klein, is to launch globally in September. It is billed as the first major brand introduction since the men’s scent Crave in September 2002, which is no longer produced. Sources estimated that Euphoria would do $35 million to $40 million at retail in the U.S. in its first year. A men’s counterpart of Euphoria is expected sometime in 2006.

Tom Murry, president and chief operating officer of Calvin Klein Inc., said earlier this month that the Calvin Klein color cosmetics brand will be relaunched in fall 2006 with a partner other than Unilever Cosmetics International. Unilever had started the line in 2000 in a narrow lineup of doors — about 120 globally — and phased it out in 2003.

“CK1 is a huge international [hit] and that could give Lancaster a great lift,” said industry consultant Allan Mottus. “Even though Jennifer Lopez does well in the States and a few European markets, this deal will give Coty more leverage to bring those brands into the international markets in a significant way.”

As for Vera Wang, which was launched as a signature women’s scent in 2002, Unilever expanded the offering with Vera Wang for Men in January 2004, and in April, with Sheer Veil, a limited-edition fragrance.

Meanwhile, Chloe, which is among France’s hippest fashion labels, juiced up Unilever’s fragrance wardrobe with Chloe Collection 2005, a limited-edition women’s scent that is expected to sell through August in about 5,000 doors globally.

In July 2003, Unilever chairman Niall FitzGerald identified prestige fragrances as one of its businesses that was failing to meet the company’s standards and were holding back sales growth. “These businesses are ‘on watch’; they are not up for sale,” he said at the time, also referring to frozen foods and household care. “These businesses are not performing up to standard. If they don’t step up and meet our targets, we will look for alternative solutions. But these businesses should be well capable of meeting our standards.”

That same month, Valentino ended its fragrance and cosmetics licensing deals with Unilever, a relationship between the companies that dated to the Eighties. It was announced soon afterward that P&G would pick up the Valentino fragrance business.

The fevered pitch of today’s fragrance launches, from players such as Unilever, Lauder and Coty, has not subsided. Although the launches haven’t resulted in category growth, consolidation could breed better operating efficiencies. “The industry has gone from ridiculous to sublime in the distribution channels of high-end fragrances,” Mottus said. “If you have fewer companies handling the distribution and squeezing out the excesses, they can make the business profitable again.”

Mottus continued, “You’re talking about just a couple of fragrance players now: Estee Lauder, L’Oreal, P&G and Coty and maybe a few more. That makes a lot more sense than 12 players in terms of efficiency.”

In Beetz’s view, the acquisition builds on the success Coty has achieved over the last several years. He added that since 2001, the company has reignited growth in its fragrance business across three platforms: designer, lifestyle and celebrity. During his tenure Beetz reported that the firm has experienced double-digit sales growth.

The company is in the midst of publicizing a turbo-charged launch schedule for fall, which so far in the U.S. includes Lovely by Sarah Jessica Parker, Kimora Lee Simmons’ Baby Phat Goddess, Shania by Stetson, a Kenneth Cole scent and the launch of David Beckham’s first fragrance in Europe.

In an interview last fall, Beetz declared, “We believe in brands, and we believe in them for the long term. [In today’s market] there is too much in-and-out marketing.”

Thus far, Coty has managed to avoid the pitfalls that sometimes come with celebrities by inking deals with personalities deemed to have staying power and turning their high-profile names into fragrance franchises.

For instance, Coty has created three fragrances for Jennifer Lopez and three for Celine Dion. A fourth scent for Lopez is reportedly in the works.

The firm has also broken through cultural barriers and entered uncharted territories, pulling new customers in along the way. The most notable example of that strategy is Baby Phat Goddess scent. “Hip-hop was too big for us to ignore,” said John Galantic, president of Coty U.S., at a recent industry conference.