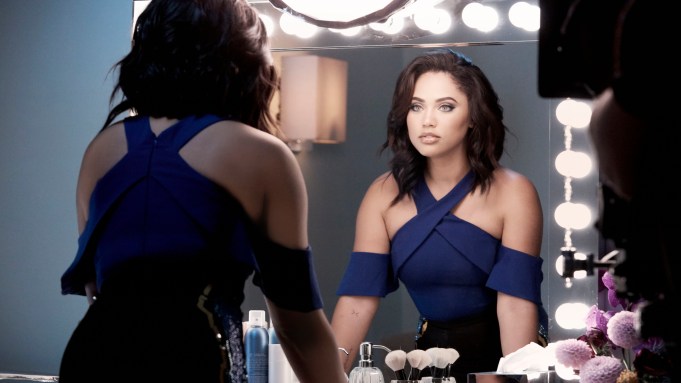 As mass retailers reset their planograms for January, Cover Girl is set to reintroduce itself to the market with a modernized positioning that touches every aspect of the brand — from an updated logo and tag line to more than 100 new products and an advertising campaign featuring Katy Perry and five new nontraditional Cover Girls who wield considerable social media prowess.

As the mass-market makeup business swings increasingly in favor of nimble niche brands, and store traffic slows as consumers buy more beauty online, some longstanding power players are being forced to reinvent themselves to stay relevant — and to hang onto their shelf space and market share. Rimmel launched a new positioning in the U.S. last year, Almay unleashed its latest, Millennial-minded marketing campaign this summer, and now Cover Girl is next on deck.

Driving the rebrand is Coty Inc., which last year completed its acquisition of Cover Girl as part of Procter & Gamble’s divestment of the majority of its beauty business. At Coty, the revamp is being directed by Cover Girl’s senior vice president Ukonwa Ojo, who joined the company’s Consumer Beauty division from Unilever last year. She is building a team of “beauty junkies” who are “consumer-obsessed” and scour Instagram and YouTube for the latest product trends.

“I Am What I Make Up” is the’s new tag line — a product of Ojo’s focus on listening to consumer feedback. Over the past year, she and her team combed through social media and proprietary data from Beamly — a digital agency owned by Coty — and came to the conclusion that the brand wasn’t resonating with today’s choice-demanding consumer, who is all about trying different looks and wants as many options as possible. While the brand’s ubiquitous “Easy Breezy Beautiful” expression will still occasionally be used in social media and marketing materials, “I Am What I Make Up” will now be the brand’s primary emphasis.

“Sometimes [consumers] don’t even want easy — they’re like, I want to use 19 products on my face,” said Ojo. “And we’re all about self-expression, so if self-expression is easy, awesome. If self-expression is a contoured face that has you looking completely fly because you’re going out with your girls, that’s awesome, too. As we were talking to real people, they were like, ‘I have different looks for different occasions based on who I want to be that day.’ It’s just about recognizing the dynamism of [today’s consumer].”

That idea of dynamism plays heavily into Cover Girl’s re-brand. A spring marketing campaign launching this week will feature the Cover Girl “tribe” — Katy Perry along with five new spokeswomen who were revealed over the last few months.

Diversity was key to Ojo’s revisioning of Cover Girl. The brand historically has celebrated inclusivity — from signing Ellen DeGeneres as a Cover Girl in the Nineties to bringing on male brand ambassador James Charles last year.

Though each woman is different from the other, they all share one thing in common — sizable social followings. The other key thing all the women have in common, said Ojo, was a similar philosophy on using makeup as a way to transform and express themselves.

“We had conversations with each of these women to understand what their point of view is on makeup. What impact does makeup have on them? When we talk to women, makeup is key in putting a big game face on for [different moments],” said Ojo. “If you talk to Ayesha, she’s like, ‘When I have a meeting at Target to sell my cookware, [that look] is different than when I’m outside playing with my girls or going out for date night with Stephen [Curry, NBA player and Ayesha Curry’s husband]. Every single one of those situation calls for a different aspect of my personality, and I want to express myself in a different way, and makeup plays a role in doing that.’”

But Cover Girl’s re-brand is not all about marketing — the other side of the coin is product, an area where the brand — along with most mass market makeup categories, save for a few bright spots — is down. According to data from Kline & Co., Cover Girl is number two in mass-market makeup, coming in under Maybelline with sales figures at just over $1 billion. The sales numbers from Kline reflect a 2 percent drop from last year, and analysts said Cover Girl has been in continual decline for two to three years. Coty declined to comment on sales figures.

A quick look at IRI data from the last 52 weeks ending Oct. 10 reveals that the brand’s sales and market share are down in almost every category — though there have been some standout products, like the TruNaked eyeshadow palette range, which is up 22 percent versus an overall category decline of 9 percent.

Under Coty, said Ojo, Cover Girl is set to reignite its product development and innovation pipeline, kicking off in January with the launch of a 114 stock-keeping-unit collection that spans every category. Going forward, Cover Girl will keep the fundamentals of its business — innovative mascaras and foundations, said Ojo — but will also pivot sharply toward high trend. She cited liners, brow products, contouring items, highlighters, primers, metallics and glosses as some of the trends the brand is playing catch-up on with the new collection.

“Before, we were speaking different languages — we were speaking benefit and she was speaking look,” said Ojo. “We were like, ‘Oh, this will make your lashes look 400 times bigger’ and she was like, ‘I just want to kill it in a meeting later.’ What you’re going to see from us is closing a lot of those gaps and making sure whenever she has that moment, she can trust us to deliver on it.”

Being at a pure-play beauty company and being able to build a beauty-focused team, versus being at Procter & Gamble where employees were rotating in and out from different teams within the consumer packaged goods company, is another benefit, said Ojo. “Everyone here is a beauty junkie — we’re on Instagram because we love the stuff and want to know what’s happening. So listening [to consumers] becomes a lot more inherent.”

But moving quickly on trends is going to be key for Cover Girl going forward, as nimble brands like NYX and E.l.f. unleash new products monthly — and in some cases, daily.

Said Lucie Green, worldwide director of the Innovation Group at J. Walter Thompson: “Now is the time for blue chip beauty brands to make bold and rapid moves to accelerate product trends — those small challenger brands are bringing stuff to market really quickly and they’re in touch with product and trend.”