As the economy improves and consumers are loosening purse strings, entrepreneurs from worlds far flung from cosmetics are putting a toe into the business. 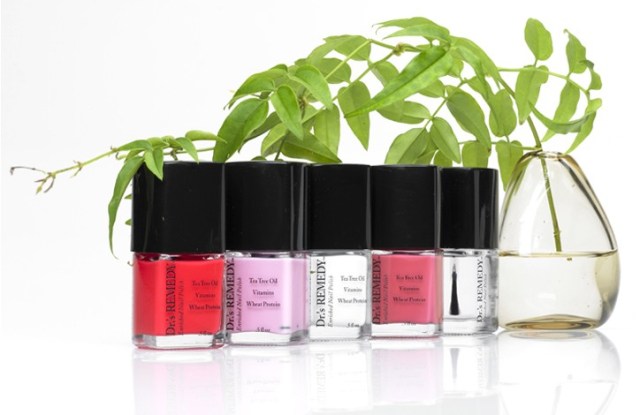 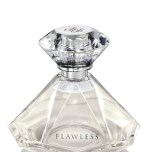 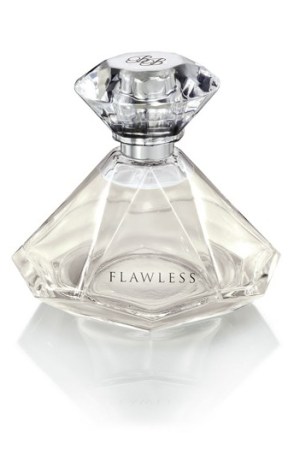 As the economy improves and consumers are loosening purse strings, entrepreneurs from worlds far flung from cosmetics are putting a toe into the business.

And that’s literally, in the case of Dr.’s Remedy, a line of nail color and ancillary products created by two podiatrists. Adam Cirlincione, a podiatrist in New York, was astounded when his pregnant wife was advised to take caution using nail polish. While researching ingredients in her favorite brand of nail lacquer, he found offenders such as DBP, toluene and formaldehyde. Although many nail color marketers have eliminated all or some of these ingredients, Cirlincione and fellow podiatrist William Spielfogel saw an opportunity to develop a line solely to address the dangers. Dr.’s Remedy Enriched Nail Polishes are enriched with naturally occurring antifungal ingredients like tea tree oil, garlic bulb extract, vitamins C and E and wheat protein.

The 22 shades, retailing for $16 each, are currently sold in more than 800 physicians’ offices as well as online. Dr.’s Remedy also received the seal of approval from the American Podiatric Medical Association. Fueled by success, the company has its eye on further distribution to retail doors. To supplement the nail color, Dr.’s Remedy is adding ancillary items such as an Enriched Instant Cover, which conceals veins and other blemishes. More nail color shades are in the works too.

Dermatologists like Patricia Wexler have made the leap to skin care, but industry sources believe this a first for podiatrists. “Although I love my patients, the beauty business is fun,” said Cirlincione when asked why he wanted to enter the competitive cosmetics area.

With the fragrance business still in the doldrums, it might seem unusual for a jeweler to create a signature scent. While Tiffany, Bulgari and Cartier have built-in audiences to sell fragrances to, most jewelry stores stick to baubles. But at Ben Bridge Jeweler (a member of the Berkshire Hathaway family of companies), fragrance has become a great tool to boost an existing sale while also luring shoppers into the upscale merchant with 72 stores in 12 western states. Lisa Bridge, director of education for Ben Bridge, said there are correlations between quality jewelry and top-notch scents. “For us, we started with the image we wanted to create and found the right match of Raymond Matts [known for Clinique Happy and Elizabeth Taylor White Diamonds], who designed the fragrance, in conjunction with Firmenich, the manufacturer.” The resulting fragrance is called Flawless and retails for $85 (1.7 ounce). A purse-size version sells for $35.

With celebrity scents coming and going, Bridge said she wanted a classic product that will stand the test of time. “Flawless has been very well received by our customers. It is something unexpected, exciting and fresh. It was a terrific ‘add-on’ gift during the holiday season,” Bridge said of the scent, a mixture of cucumber, pear, citrus, magnolia, verbena, saffron and cocoa. “Like fine jewelry, we thought the best way to appreciate the quality of Flawless was to experience it. We included a sample of the fragrance inside the 1.5 million copies of the holiday catalogue we delivered to our customers, inserted in newspapers and distributed over the counter.”

Ben Bridge teamed up with Prolitec, a company that markets special units to scent the air with the fragrance. Technology from Prolitec, which also does in-store marketing for Abercrombie & Fitch, Hollister, Disney, Bebe, Gilly Hicks and other upscale retailers, allowed the jeweler to disperse Flawless throughout the store. Prolitec’s air treatment systems generate an accurate rendition of Flawless in the air throughout the store. “This amounts to a proactive fragrance sampling system, said Richard Weening, chairman and chief executive officer of Prolitec. “Most people need to experience a fragrance before buying it,” he added. Ben Bridge merchandises Flawless near the register, a perfect spot for impulse purchases.

There are myriad other examples of nonbeauty companies scoring big in the glamorous world of cosmetics and fragrances. Caboodles, for example, grew out of fishing tackle boxes. Perhaps the most vivid example of combining two of women’s favorite purchases is 29 Cosmetics, a line harnessing the power of grapes to not only be used for wine, but to offer a line of skin and beauty products conceived by Lydia Mondavi, of Mondavi wine fame.