NEW YORK — With a handful of European brands such as Lumene and Boots beauty products infiltrating U.S. drugstores, an American brand plans to return the favor by making its mark in the U.K.

Starting in January, Prestige Cosmetics, based... 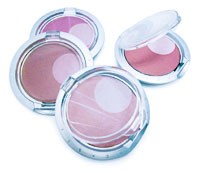 NEW YORK — With a handful of European brands such as Lumene and Boots beauty products infiltrating U.S. drugstores, an American brand plans to return the favor by making its mark in the U.K.

Starting in January, Prestige Cosmetics, based in Deerfield Beach, Fla., will be sold in select Boots The Chemist stores in the U.K. Boots is the leading drugstore chain in England with more than 1,400 units.

Prestige Cosmetics, known here as an innovative value cosmetics brand, will be positioned to fill a void in Boots’ selection, which consists currently of its private labels, as well as Rimmel and Maybelline.

“Boots didn’t really have anything marketed as a multicultural brand,” explained Tom Winarick, executive vice president of Prestige. Working in tandem with Boots’ merchants, Prestige hammered out a selection with shades and formulations for women of color, especially those of Pakistani or Indian descent.

The 340 items are merchandised in a new fixture created for Boots. Most stores will average five linear feet of space. According to Winarick, many lines sold in the U.K. are tightly edited. Prestige is aiming to offer a broad range of cutting-edge colors. Part of the plan includes product launches for Boots’ trendy Hot Spot end caps. Every month, a hot item will be moved into the high-traffic display.

Prestige will be promoted in clever outdoor advertising vehicles such as bus stops. The company also is securing distribution in other foreign powerhouses such as Galeries Lafayette and Monoprix. Winarick sees great potential for international growth, which he believes, could match U.S. sales.

Prestige also is moving in the multicultural direction in the U.S. The company is going so far as to tailor palettes to specific local demographics.

The new foundations, in particular, are designed to accommodate differing skin tones. The company has created a face makeup color matching system that mimics the most common color elements in skin. Prestige researched more than 150 women of all ethnic backgrounds and used those findings to develop foundation, powder and concealer right for all. The new Light Response foundation has light refracting particles to adjust so that skin looks right in any light.

To parlay the multicultural message, Prestige has incorporated models of all complexions on displays as well bilingual signage.

While Prestige moves into Boots, several brands made famous by Boots are expanding in America. Target and CVS are among the first to sell No. 7 and Botanics. Boots Retail International is behind the push into other countries.

One CVS store in Ridgefield, Conn., sports an illuminated display of the Botanics line. There is also a large and lit wall of Boots products. The wall spans 12 linear feet. A Boots trained adviser is positioned nearby. The merchandise mix is culled from some of Boots’ best moving items from Botanics, a collection of skin, hair, bath, body and aromatherapy. No. 7 is also featured as a color line and affords mass merchants a more upscale beauty line.

A memorial service was held last Friday for Dinah Hayes who had served as the Wal-Mart national accounts manager in charge of the KidsCare and Simply Basic brands as well as the newly launched Enchantment fragrance under AMC Beauty. Hayes was a 20-year-plus veteran to the beauty business, spending many of those years with Almay.

Wal-Mart’s buyer Yale Martin, who attended the service, along with vice president and divisional merchandise manager Debbie Hodges, said Hayes would be sorely missed on Bentonville, Ark. “Dinah was a pleasure to work with. She was always professional and had a great sense of humor,” said Martin. “And, despite her long-term battle, she faced each day with courage, enthusiasm and hope. Dinah enjoyed the respect of several generations of Wal-Mart buyers.”