Chris McClain's six years at Wal-Mart trained him not only to be a shrewd merchant, but a savvy marketer as well. 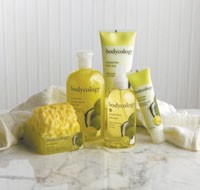 NEW YORK — Chris McClain’s six years at Wal-Mart trained him not only to be a shrewd merchant, but a savvy marketer as well.

He’s just one example of many industry executives who have successfully transitioned from the buying side of the retail equation to the selling side. Those who’ve done it assert that a buyer’s eye for products translates into marketing prowess, as well.

After departing Wal-Mart, McClain joined Naterra International as president. While there, he helped build two brands — Skin Milk bath products and Timeblock skin care — to sales exceeding $15 million. The brands were so attractive, they were snapped up by Helen of Troy last year.

McClain is working his magic again, this time at Advanced Beauty Systems. Purchased from vitamin power Leiner, Advanced Beauty Systems is flourishing under McClain’s watch as he updates the line to reflect important market needs. The company’s flagship is Cantu, a collection of hair care products for African-American and Hispanic consumers.

Walgreens, CVS and Wal-Mart are among the retailers adding the collection, which features shea butter. McClain realized a market void for updated, quality products for blacks and Hispanics. “There has been a lack of innovative formulas in the category,” said McClain. “Retailers are realizing they have multicultural consumers looking for new products. Much of what is out there is dated.”

With shea butters growing in demand, McClain was quick to differentiate his with a higher concentration of shea butter in the line called Shea Soft. Crossing over to the general market, McClain sees potential with Doctor Teal’s, a vapor bath line that has helped establish Advanced Beauty Systems outside of the ethnic market.

Perhaps the most potential is behind Bodycology, a collection of 60 bath items that McClain is steering past the $10 million sales mark. Among the items is a unique glycerin soap sponge that does not harden like others on the shelves, said McClain.

“We see Bodycology as a lifestyle brand — a mass comparison to Bath & Body Works,” said McClain. With his second sense for what buyers want, McClain is also looking to launch a product in hair coloring, as well as innovations in skin care.

He shrugs off the problems many fledgling firms cite in dealing with megachains such as hefty return policies or pay-on-scan, an initiative that requires manufacturers to own inventory until the retailer sells it. Again, his buyer training prepared him for the new buyer and seller rules. “We are well capitalized and we knew what kind of cash and speed we need to deal with chains,” said McClain.

McClain is joined by numerous other buyers who have become sellers. Most admit that their days behind the buying desk established contacts and knowledge that have helped them open doors.

In the heyday of Gray Drug, Robert Kwait was a merchant known for his uncanny success in spotting hits. Prior to that, he was one of the original architects of the CVS chain. When he left the buying side, he started his own private label development firm, which has grown into many businesses today. Those days behind his buyer’s desk prepared him well, Kwait said.

“Having been a retailer is an added plus for anyone looking to make the transition. But you have to put your ego aside and realize that on the other side, you might be kept waiting for an appointment,” said Kwait. But sellers who keep a retail mentality can be among the most effective in the business, he asserted.

Richard Landers is another case in point. He, too, had held top-level merchandising positions at Gray Drug and SupeRx. He wanted to start his own business and became a manufacturer’s agent in the Eighties. “Having been a buyer gets you instant credibility,” he said. “Buyers know you have a common bond.”

Perhaps one of the best-known buyers who traded in her buying budget and tried her hand as a rep is Jeanette Solomon, who put in more than 30 years at K&B.

This weekend, she’ll once again trudge through the miles and miles of trade show space at the National Association of Chain Drug Stores’ Marketplace meeting in her hometown of New Orleans. She provides what is perhaps the most poignant pearl of wisdom for those who were once buyers: “You really know who your true friends are because once you don’t have the power of the pencil anymore, many forget who you are.”

Marketplace kicks off Saturday with more than 800 manufacturers across 12 categories. The retailers attending represent more than $523 billion in annual buying power and more than 100,000 retail outlets. Changes slated for this year include on-floor merchandising demonstrations.