NEW YORK — The tween and teen market may not hold as much promise as experts once thought, but one thing is for sure — kids still spend. Three companies — BonneBell, Five Below and Lil' Ricky's — are proving there is still gold... 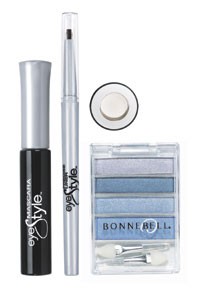 NEW YORK — The tween and teen market may not hold as much promise as experts once thought, but one thing is for sure — kids still spend. Three companies — BonneBell, Five Below and Lil’ Ricky’s — are proving there is still gold in marketing to America’s youth.

According to the Wonder Group, kids spend $260 million a year, about $10 million to $11 million of their own money from allowances and gifts.

A big chunk goes to gadgets, but beauty is still a large portion of the wish list. Mass market tween and teen lines come and go, but the BonneBell logo has been on store shelves since the early Seventies.

“The BonneBell brand is important to the category as it provides a true gateway for girls to enter the expansive cosmetic category. Over the past two years, BonneBell has worked hard to differentiate its two core businesses — the renowned Smackers line and the BonneBell collection,” said Scott Sumser, vice president North American sales.

At stores such as Target and CVS, the brands are merchandised separately with different fixtures and signage.

“The BonneBell brand has evolved into a destination,” explained Laurianne Murphy, spokeswoman for BonneBell, based in Lakewood, Ohio.

Indeed, the BonneBell brand has evolved way beyond lip gloss. Today, stores feature a full range of color products including EyeStyle liners and shadows and quad EyeStyle Shadow Boxes. The separation of the two brands has helped extend the age range of girls and women opting for BonneBell products.

“These are a good value for any woman. Consider the four-color eye shadows for $3.95,” said Murphy.

“The BonneBell eye portfolio has grown over 60 percent in 2005, which is helping to round out our full cosmetic offering to girls. As a brand that is often a girls-first experience in the world of cosmetics, a strong product offering around lip, eye and face is critical,” Sumser said.

Last year, the company introduced VitaGloss 20, a revitalizing lip quencher. Based on the success of that launch, BonneBell will unveil a Vitagloss 20 Moisture Stick, which delivers the benefits of a liquid gloss in a clear, twist-up stick. Flavors include Watermelon Wellness, Simply Strawberry, Refreshing Raspberry, Mindful Mango, Peaceful Pineapple and Cool Kiwi. Suggested retail is $2.95 and the item will launch first in Target and Wal-Mart.

The health and wellness portfolio, led by VitaGloss 20, is expanding rapidly, with the addition of VitaGloss 20 Splash of Color and, next, the VitaGloss 20 Moisture Stick, according to Sumser.

To assist young women who want more help on how to use makeup, BonneBell has tapped the expertise of makeup artist Tina Davis, who provides tips on packages, displays and brochures. Currently, BonneBell is promoting looks for fall including the Bohemian Gypsy, Hollywood Starlet and Smart and Chic.

“Shopping is a social activity among girls; it’s fun and provides a break from their hectic lives. This ‘wired’ generation has endless choices and possibilities, but choosing what’s right for them can be difficult. As girls’ first real cosmetics brand, our goal is to simplify their experience in choosing and wearing cosmetics by providing quality products, applications, and shades that are right for them,” said Renee Entigne, director of consumer insights.

On the Smackers side, the company is expanding its holiday gift and collectible sets. According to Murphy, retailers have made a bigger commitment to presenting Smackers holiday items on end aisle displays.

During the past five months, the company has been beefing up its executive team with the appointment of James Ward as chief marketing officer. Ward is credited with expanding BonneBell’s presence in Australia.

While teens always have loved BonneBell, there’s a fresh name popping up on their shopping lists — Five Below. Five Below is a relatively new shopping format where consumers can find bargains on everything from home decor to cosmetics, all priced at $5 and less. The Philadelphia-based retailer will open a slew of new stores in the next few months including two today — one in Paramus, N.J., and one in Woodbridge, N.J. Four more stores will bow by the end of the year, bringing the total number of Five Below units to 27.

“This is a store where kids can find items they can afford and actually want to buy,” said founder Tom Vellios.

For the even younger set, Ricky’s NYC has opened a store for kids on Manhattan’s Upper East Side called Lil’ Ricky’s. According to the creator, Carmen Kenig, the store is doing a brisk business, especially with birthday parties. One beauty executive’s six-year-old is having hers there — a combination disco-glamour event. The store sells everything from hair spray that turns manes pink to toiletries for pets. Kenig said the company is scouting for other Lil’ Ricky’s locales. Kenig noted, “Opening a Lil’ Ricky’s was as tough as having a child. Now that it’s beginning to take its shape, I want to nurture it and focus on watching it grow.”