The fourth generation of the Lauder family is entering the business with a seven-item collection called Act IV.

Before she became a beauty mogul, Estée Lauder had dreams of making it big in Hollywood.

Now her great-granddaughter, Danielle Lauder, is following in her footsteps — in both industries.

An aspiring actress, the 25-year-old is also the first member of the fourth generation of the Lauder family to take an active role in the family firm. Come January, the Estée Lauder brand will launch a seven-item collection created by Danielle called Act IV, a reference to her twin passions of beauty and cinema.

The goal is not just to welcome a new generation to the family firm, but also to appeal to younger Millennial and Gen Z consumers with an on-trend collection created by someone their own age. 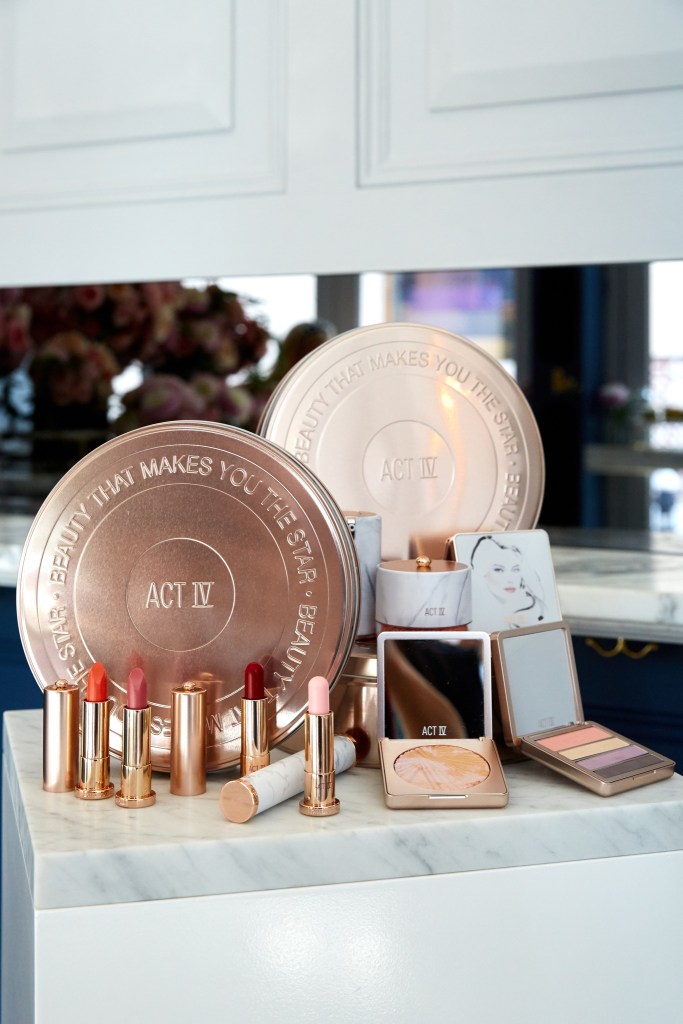 The idea to create products came to Danielle while she was a senior at Northwestern University, where she studied theater and film. “I started to audition and had to send in self tapes constantly from my dorm room, with no professional lighting or a makeup artist,” she said in an exclusive interview.

“I had to learn how to capture certain properties of my face, while still looking natural on camera,” she continued. “I took that time to study and learn, and I’m lucky that I had a huge repertoire of products to play with.”

When she moved to L.A. post-graduation to pursue her career, Danielle became equally as enamored with Old Hollywood style, and thus the idea for the collection was born.

Although her father, William P. Lauder, is the executive chairman of the board of directors of the Estée Lauder Cos. Inc., and her grandfather, Leonard A. Lauder, is chairman emeritus, Act IV is no vanity project. In creating the collection, Danielle went through the same steps as any other fledgling product developer — including presenting the products to the higher-ups for their approval. (“I think they were pleased, but the first two rounds, they definitely had some opinions to share,” she laughed about the reactions of her father and grandfather.)

“The business today is about having a distinct point of view, and Danielle had her own from Day One,” Hudis said. “This is all her — her vision, her products, everything, including the name. I was impressed by the totality of her conceptualization and point of view.” 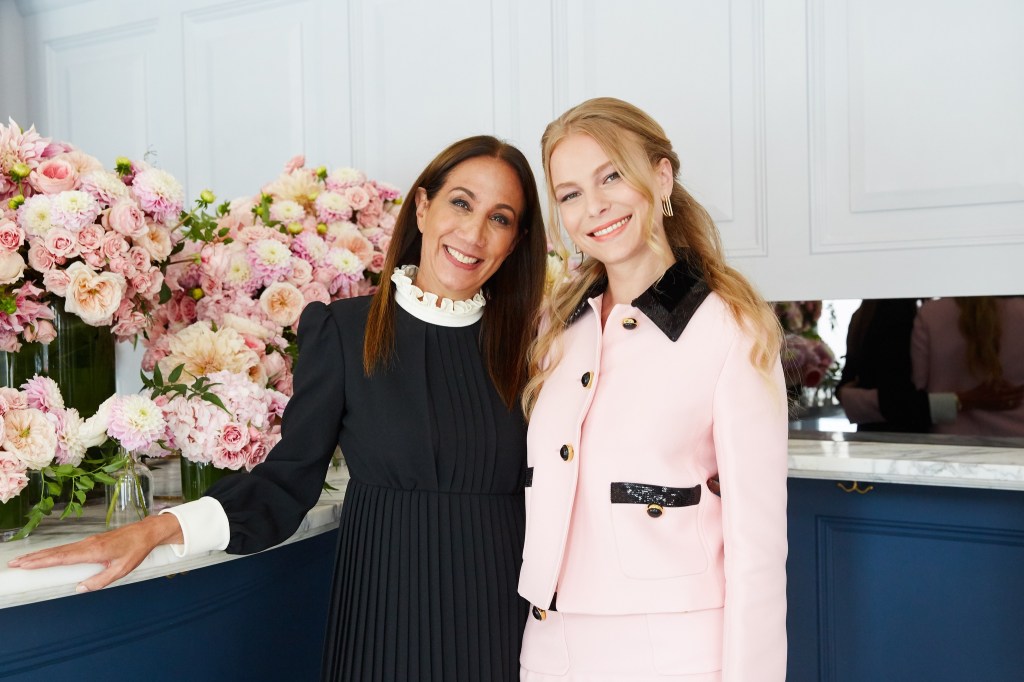 The collection hits counters in early January to coincide with the Golden Globes on the Jan. 5 and the kickoff of Hollywood awards season. The tag line is “Beauty that makes you the star.”

There are seven products in all, including a portable powder puff called Party Puff Starlucent Filtered Powder, $54, and Lip Duet Tint & Balm, $50, a dual-ended product in a marbleized magnetic case. There’s also Cinemattic Complexion Liquid, a blurring primer that delivers a matte finish; Spotlight Highlighter, which blends pearlescent lavender and golden honey tones, and a face and eye palette with shades of coral, ivory, lavender and charcoal.

“My inspiration was classic Hollywood icons like Veronica Lake or Brigitte Bardot, sitting at their vanities with beautiful pieces,” said Danielle, who noted that the brand’s design team asked her to bring along a few pieces for inspiration during one of their early meetings.

“I arrived with a giant Mary Poppins bag of knick-knacks and trinkets and marble trays and old candles,” she recalled. “They looked at it and said, ‘We thought you were going to bring other beauty products but we can work with this!’”

Lauder said working on the collection made her feel closer to her great-grandmother, who died when she was a young child. “I really loved diving into the archives — I feel like I know her so much better after this whole process,” she said, noting that Estée Lauder’s drive to create a business mirrors her own ambitions to establish herself as an actor. “I loved learning how she hustled in Miami and went door to door selling her creams,” Lauder said. “I feel very connected to that right now.”

Her grandmother, Evelyn Lauder, was also a great source of inspiration. “She taught me everything about self care — she never ever let me leave the house without chugging a bottle of water,” Danielle said. “She said it was the best thing for your skin. And sunscreen. She would cover me head to toe.”

The skin-care message stuck — her core regimen includes double cleansing, a jade roller and a mask (either clay or sheet, depending on how her skin is acting that day).

As for her own personal style, the native New Yorker has fully embraced the L.A. lifestyle. “I’m someone who lives between the couch and glamour — I’m either in leggings or a tracksuit or sweatshirts, or dressed up, something sophisticated but also youthful, like Alexander Wang.”

While beauty runs in her blood, Danielle isn’t looking to give up acting. She’s had roles in “The Stanford Prison Experiment” and “The Charnel House” and is working on numerous projects, including a pilot she cowrote with her roommate, an independent film that is a political comedy, and continual auditions.

“I love storytelling and this collection gave me a way to connect my creative passions,” she said.

Still, Danielle grew up in the family trade, and her affinity for acting and beauty aren’t all she absorbed from the clan’s gene pool. She’s got a drive for the business side, too.

When asked if more collections are on the way, her answer is immediate. “I hope it sells out and is a huge commercial success,” she said, “and that people will want more.”

Sue Fox Named GM of The Estée Lauder Companies in U.K. and Ireland