Davines Group’s President on ‘Being There’ in Moments of Need

By giving voice to the concerns of Italian hairdressers and beauty operators and aiding his employees, Davide Bollati has been instrumental in getting the Italian professional industry back up and running.

MILAN — “It’s in times like these that you need to prove to be there for people, it’s too easy to do it when things are going well.” This is the simple mantra guiding the actions of Davide Bollati during the coronavirus emergency.

The president of Parma, Italy-based beauty company Davines Group, which owns professional hair-care (Davines) and skin-care (Comfort Zone and Skin Regimen) brands, has been on the frontline in voicing the concerns of hairdressers and beauty operators in Italy. He contributed to convincing the government to allow an early opening of these activities, which were originally scheduled to resume in June.

In particular, Bollati was among the industry entrepreneurs who, along with the national association of cosmetics companies Cosmetica Italia, stressed the importance of the salon sector. Among the statistics cited by the association: hairdressers and beauty salons generated sales of more than 6 billion euros last year, employing more than 263,000 operators in 130,000 salons; a delayed reopening could have severe repercussions, he said, causing 50,000 businesses to fail and the consequent unemployment of 100,000 people.

“We sent thousands of letters to the government, asked our clients to do the same and had lots of meetings, which eventually drew the institutions’ attention on this topic,” Bollati said.

Although most of the businesses managed to reopen this week, Bollati said there are still many concerns for beauty operators, including the economic impact caused by over two months of closure and the way in which they are now offering services, which is significantly affected by strict safety measures. “But we’re still optimists that this is a very resilient industry, driven by passion, commitment and sacrifice. Operators are now working for longer hours and more days and they will recover their speed. We saw that in many countries in Europe, such as in Switzerland, Denmark and Germany, hairdressers are fully booked for a month, so it’s good to know that consumers are not afraid,” Bollati said.

This was only one of the ways Bollati and his company supported their clients and beauty professionals, including postponing payment terms by six months, implementing free online training sessions and sharing guidelines and tips to relaunch their businesses after the quarantine. “We strengthened the partnership with the hairdressers and salons we work with through a new project. During the lockdown, these salons encouraged their customers to buy products on our e-commerce using a code, and in return, we gave them a commission on each purchase,” he said, underscoring that in the last couple of months online sales grew triple- and double-digit in Europe and in the U.S., respectively.

Bestsellers included the group’s signature shampoos and conditioners, as well as moisturizing hand creams and the sanitizing hand gel the company started to produce as soon as the COVID-19 spread in Italy. Dubbed “Gel del buon auspicio” — or “Gel of good auspice” in English — the product was first manufactured to be distributed for free to those in need, including the public retirement homes, Parma’s Red Cross and Yellow Cross associations, among others. 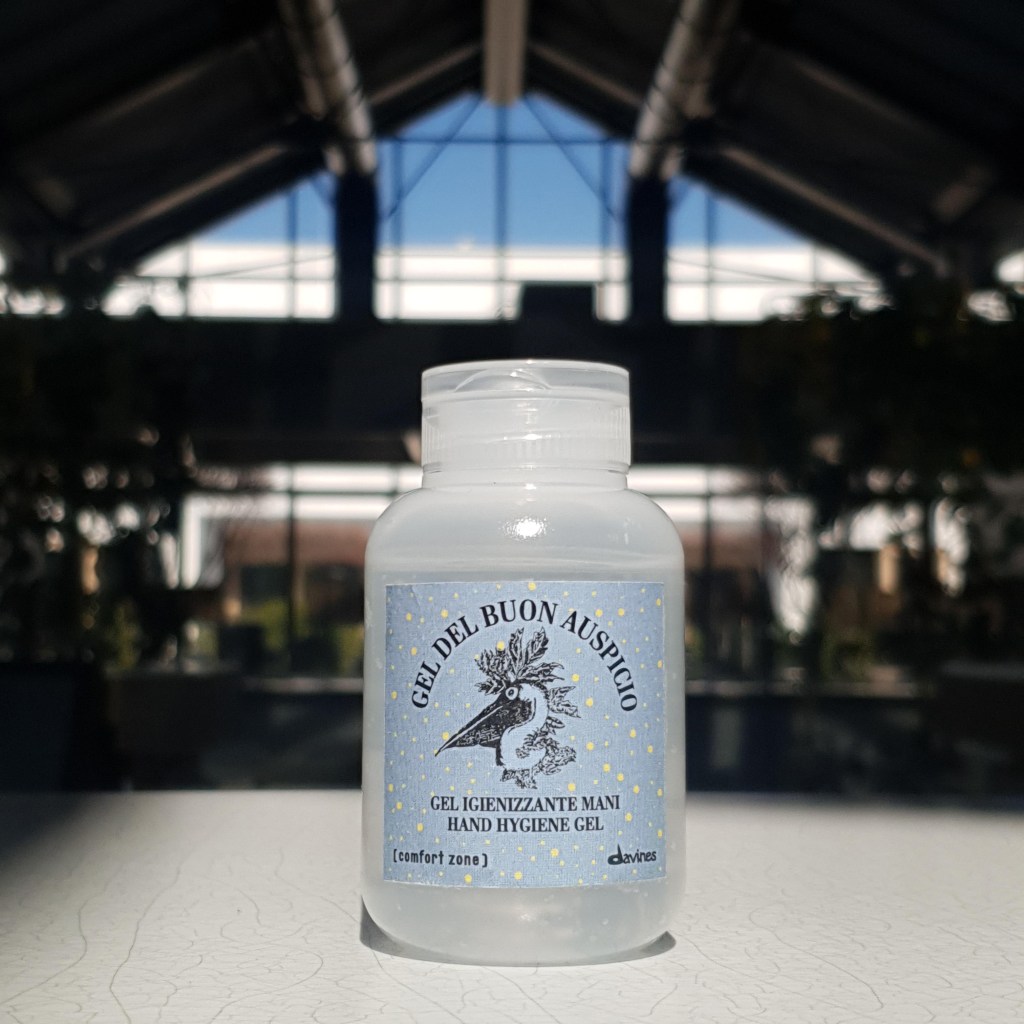 The firms’ headquarters, better known as Davines Village, remained operative throughout the lockdown implementing sanitizing procedures, temperature checks and social distancing measures, although production’s pace inevitably slowed down and almost all of the employees worked from home. For those needed on-site in the manufacturing process, the firm introduced a money prize to further acknowledge their sense of responsibility. The group’s management also reduced their salaries to fuel a solidarity fund that integrates the “cassa integrazione” wage support measure. In particular, Bollati said  reduced his salary to a symbolic amount of one euro and the group didn’t distribute any dividend of last year.

“If this crisis continues even for the rest of the year, we’re covered and safe. But we had to change our pace,” he said. “We had to stop hiring new people, cut some expenses and shift investments. It’s a whole different strategy compared to the one aimed to our goal of double-digit growth. We now expect to end the year with a double-digit loss.”

It will mark the first downturn in a decade for the Davines Group, whose 2019 sales were 163 million euros, up 10 percent year-over-year.

Asked about shifts in best-performing markets, Bollati said he foresees the domestic one to register a slightly higher loss compared to others, counterbalanced by Asia mildly strengthening its position. “This is a global virus, so I don’t expect big changes….There’s still the variable of the American situation but I’m optimistic, because the U.S. has a very agile economy, both when things are going well and bad. Today they are undoubtedly facing a big crisis, but I’m sure they will recover sooner and better than the others,” Bollati said. 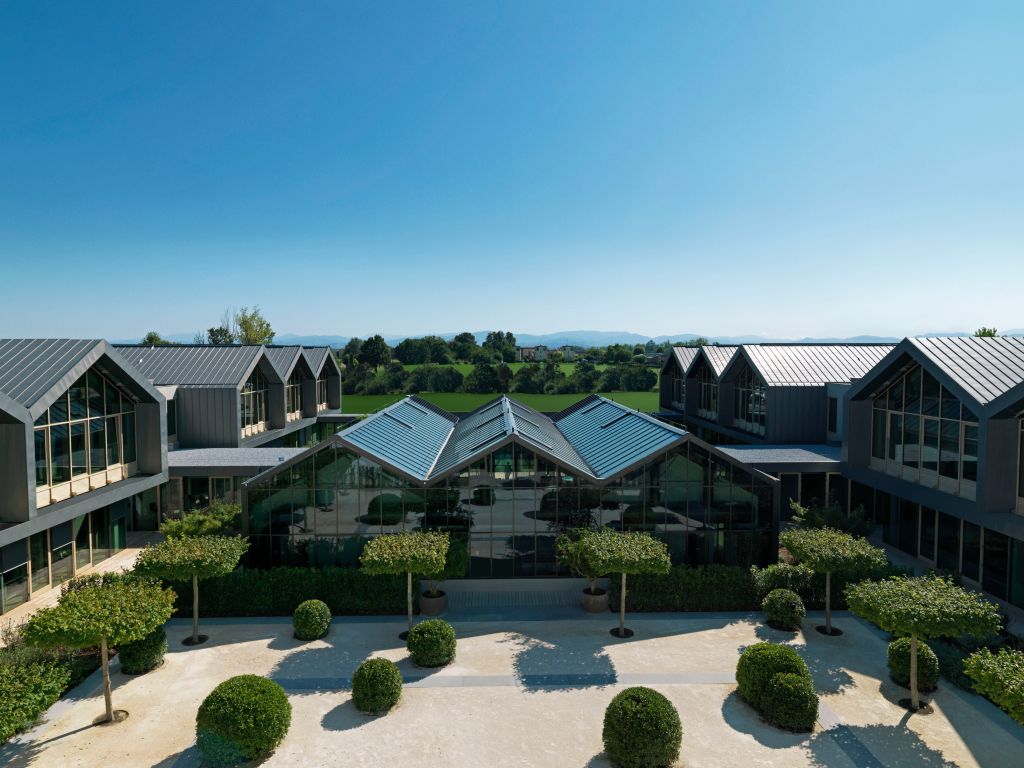 The key of Davines’ success throughout the years and the core element that will set the relaunch of the company after the crisis is its sustainable vocation, sealed by the B Corp certification it first received in 2016 for its social and environmental positive impact and by becoming a Benefit Corporation last year. “We have a set of values that continue to guide us, so we won’t change anything in our strategy. The things everybody learned in these months — that we all are on the same boat, that sustainability matters and that there’s no single company or government that can fix things alone — we already internalized them and this mindset back in 2016,” said Bollati, noting that the company will further strengthen its commitment toward a sustainable business model additionally promoting the concept of regenerative economy.

The executive believes that the COVID-19 crisis will further accelerate the sustainable trend and be pivotal for the beauty industry overall. “In these months, even the most distracted consumers connected the dots that they didn’t see before. The fact they had to recognize the fragility of our human condition will reinforce the concept of sustainable, clean beauty,” he said. “Clean for us but also for the planet.”