How crowdsourcing is transforming the world of online style. 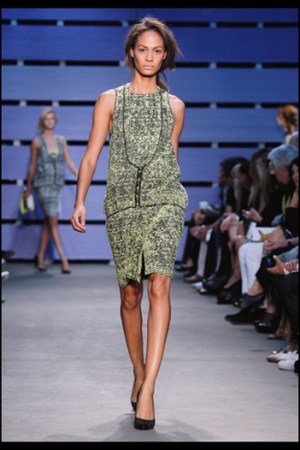 Crowdsourcing won’t make designers obsolete, but it’s opening up the world of fashion to outsiders.

Take the example of a college student I know, who’s studying journalism but loves fashion. She wanted to create a line of simple jersey skirts and dresses in a series of special prints she designed. We were brainstorming how she could do this and decided the ideal avenue would be for American Apparel to produce them and pay her a small license fee. Well, this was pure fantasy, of course.

But why couldn’t big companies work together with individuals and small designers who aren’t well known to give them efficiencies of scale, as Target, H&M, Uniqlo and others do with more famous names?

Enter dozens of new Web-based companies that are filling this need. My friend could digitally print up the cotton jersey fabric at Spoonflower, sew up the dresses herself and sell them on Etsy. Alternatively, she could submit her design to Fabricly or Garmz, and, if accepted, they would make them up and sell them. She could fund the project through Kickstarter, essentially selling the skirts and dresses to people who sign up in advance. She could submit a sample to ModCloth, and if enough customers showed an interest, do a small production run. She could have the same prints made up as tote bags, sneakers—maybe someday even sunglasses—on a variety of sites such as keds.com and Zazzle.

No doubt anyone who loves fashion or design, but has no plans to go into the industry full time, has had similar fantasies of creating that perfect item, collection or line. Not long ago, the only option was to laboriously make up each item one by one—if the materials to fulfill the vision were even available.

The design world seems to be embracing crowdsourcing—using the many-to-many social possibilities of the Internet to create something or solve a problem. (So, for example, a contest decided by a traditional panel of judges would not be crowdsourced, but a contest judged by its participants would be.)

Derek Lam announced he will crowdsource his exclusive clothing collection for eBay. He will design a collection and show it during New York Fashion Week in February. The public will vote on which items they like best, and their votes will influence which pieces make it to eBay for sale.

A major department store plans to crowdsource the design of private label merchandise and put it on Facebook this year, according to Lori Schafer, co-author of Branded: How Retailers Engage Consumers With Social Media and Mobility.

Moda Operandi is tapping the power of the Internet to help designers, not compete with them. The invitation-only service will assemble an elite group of shoppers who have the desire and means to buy designer fashion and let them place orders with about 50 brands immediately after runway shows, starting with New York Fashion Week. Clothes, jewelry and accessories will ship about four months later. If there is demand, some items might be produced that would otherwise not be picked up by stores. Designers participating thus far include Thakoon, Prabal Gurung, Narciso Rodriguez, Alexander Wang, Derek Lam, Proenza Schouler, Carolina Herrera, Chloé, Marchesa and Nina Ricci. The site was founded by Vogue editor Lauren Santo Domingo and Aslaug Magnusdottir, previously of Gilt Groupe’s elite Gilt Noir.

JeffSilverman.com will produce almost any shoe imaginable using off-the-shelf components readily available in China. The company, founded by the ex-president of Steve Madden, tapped into fashion bloggers to promote its service, since most are trendsetters and love high fashion. Well-known bloggers Jennine Jacob (The Coveted and Independent Fashion Bloggers) and Gala Darling were two of the first to design a pair. The “store” is a widget that lives on any blog or Web page. If someone else buys a shoe, the creator gets 10 percent.

I busily started sketching as soon as I heard of the site, but have yet to submit a design. It’s hard to choose when anything is possible. That’s not surprising. Typically, most people online are content to remain on the sidelines. Only 10 to 20 percent of any online audience actually contributes by commenting or creating. It takes work—and time.

The ultimate dream would be if a person could get scanned and have clothes they designed made up to fit them to their specifications and delivered to their door. (Of course, for that to happen, we’d all have to become experts on fabric and construction. Probably some company will devise a work-around.)

Maybe technology will blend the past and future, giving us the custom design and fit of the dressmaker era with the prices and speed of mass production. In beauty, mass production is king, but it’s easy to imagine crowdsourcing start-up funding; a service that would connect customers with special editions; makeup custom blended to match any digital file or swatch from the customer (just like at the paint store), and contests for marketing, packaging and other ideas.

“I love to explore a city through its cuisine! Foodspotting is an iPhone app that allows you to see photos of menu items uploaded and shared by fellow foodies. You can “spot” foods near you via the phone’s GPS and you can even search for a food you’re in the mood for that’s nearby. I did this once with a group of friends when we all wanted a big plate of nachos to share. There are also some great lists provided by culinary experts such as ‘Top Chef Just Desserts Guide’ that help you find great food spots and menu choices. The mobile photo sharing and location-based features of the app make it fun, easy and useful for someone on the go.” —Annemarie Frank, director of e-commerce, digital media and strategic alliances, Mark