A temporary store dedicated to the lifestyle collection will make its debut in Paris in September.

MILAN — The beauty of Milan lies in its hidden courtyards and private apartments and Diptyque knows it well, as it staged the presentation of its “Le Bazar de Diptyque” project in a residential building in the city’s arty Cinque Vie district.

More than 300 eclectic items, spanning from ceramic plates and printed cushions to stationery and decorative objects, were beautifully displayed across the rooms of two apartments.

“The idea with this project is to go back to the roots of the company and pay tribute to the founders,” said Myriam Badault, Diptyque marketing and creative director, who has been the driving force behind some of the brand’s most iconic scents since 2006.

“People used to go in the shop and buy stuff they couldn’t find elsewhere. So three years ago we really wanted to bring back this idea because for us, it is part of the aesthetic and story of the brand. This lifestyle dimension is very strong at Diptyque,” said Badault.

As reported, a first, lifestyle-oriented project was launched in Brooklyn in 2016. “That was the grand-father of this one, a sort of trial. Now we’re really offering a complete range,” she said, adding that the collection is a combination of “objects we have designed, items made by our craftsmen specifically for us, pieces we chose simply because we liked them and vintage styles.” 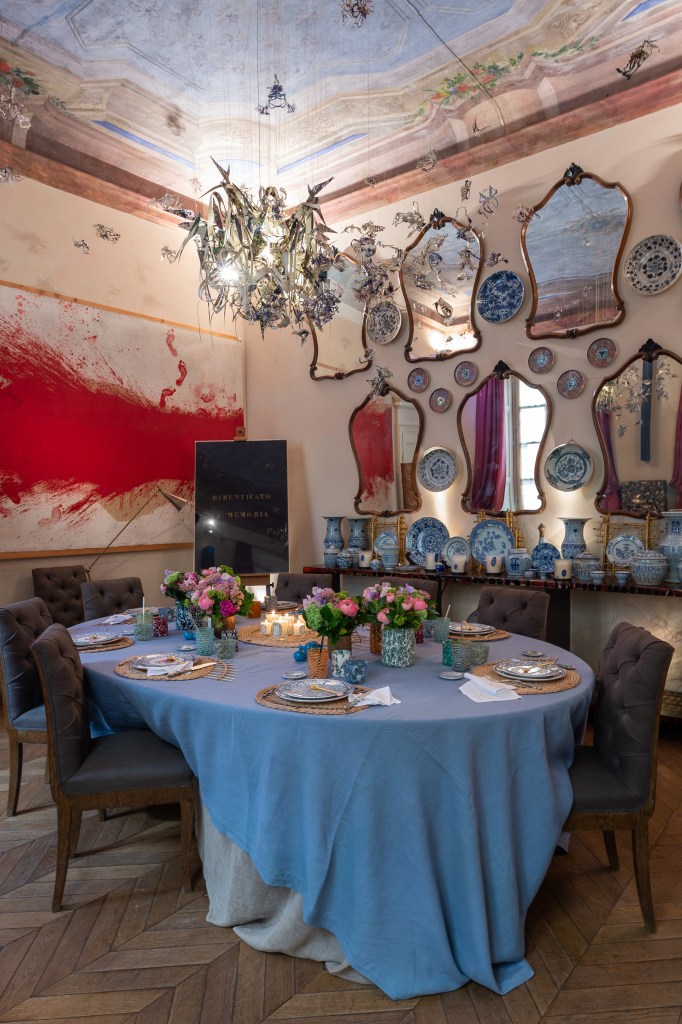 In particular, Badault invited longtime collaborators of the house — artists, designers and illustrators that she defined “Les Amis de Diptyque” — to create together with the brand an array of limited-edition objects, including decorated boxes by Antoinette Poisson, printed pajamas designed by Pierre Marie and ceramics sets by painter Julien Colombier.

Among Badault’s favorite items there are framed paper artworks made by young artist Victor Cadene. “When I discovered his work, [I found] it was really the way I imagined the Bazar in terms of interior mood, mix of colors, patterns and styles,” she said, adding that she asked Cadene to illustrate also all the press material for the project. 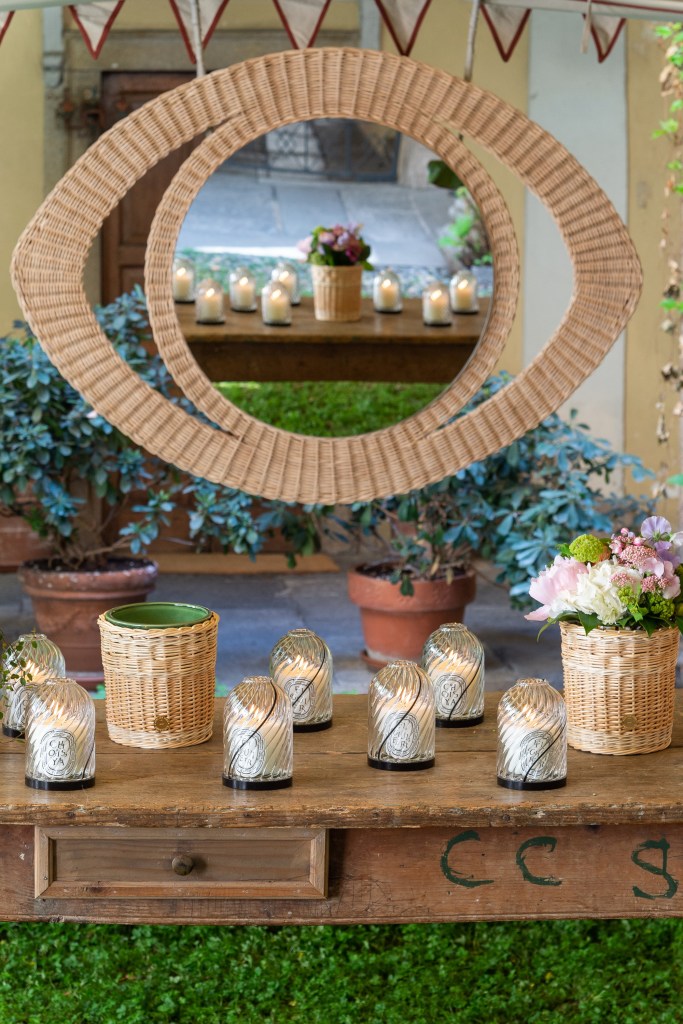 “We wanted to offer the possibility to pick and mix objects in a very free way. The rule of the Bazar is that there’s no rule, because there’s not only one style. For me, it’s similar to the way we create a perfume, when we don’t envision a person but an emotion,” said Badault, whose goal is to further expand and enrich the collection with collaborations in the future.

After the presentation in Milan, the line — whose price will range from 15 euros to 2,500 euros — will be available to purchase at a dedicated temporary store Diptyque will stage in Paris’ Rue Saint-Roch, running from September to December. An American leg of the traveling format will follow next year, while the company’s ultimate goal is to house the whole Bazar range in a permanent store concept in two years.

“This kind of collection can’t really be showcased in our existing stores, which are really dedicated to perfumes. To fit this collection in that sort of space is too complicated,” noted Badault.

In general, next month Diptyque will launch its latest olfactory effort called Eau de Minthé and inspired by Greek mythology. In June, a new Essences Insensees product based on Tiaré flowers and developed by perfumer Fabrice Pellegrin will also make its debut on the market.

Since being acquired by Manzanita Capital Ltd. in 2005, Diptyque has significantly broadened its reach, both in terms of product categories and retail outlets. The company, which offers candles, fragrances, room sprays as well as decorative objects and stationery, counts about 50 stores worldwide and lists the U.S. as its number-one market in terms of sales.