A transformation is in the works for Estée Lauder Cos. Inc.’s global brand leadership with two pillars of management, Dominique Nils Conseil and Peter Lichtenthal, deciding to retire, clearing paths for rising young executives to take the helm at Aveda, Bumble and bumble, Bobbi Brown and La Mer.

Conseil, the global brand president of Aveda, will be succeeded by Barbara De Laere, who has been named senior vice president and global general manager of Aveda. She will report to group president Jane Hertzmark Hudis and join Lauder’s executive leadership team. 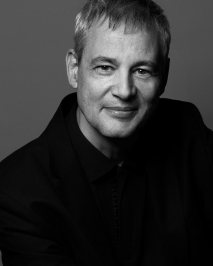 Conseil, who joined Lauder in 2000 from L’Oréal, was Aveda’s first global brand president. He championed its commitment to environmental responsibility, leading the industry in conscientious packaging design and became the first beauty company to achieve carbon balance in its in-house manufacturing, headquarters and retail operations. Conseil also greatly built up Aveda’s international presence — particularly in Japan, France and the Middle East — while launching a number of the brand’s most popular products. 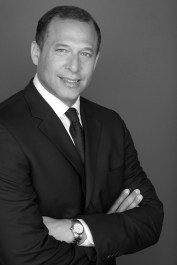 Laere joined Lauder and Aveda six months ago as senior vice president and general manager of North America. In her previous employment, she sharpened skills in hair and skin care at L’Oréal, where she held senior international roles in the Professional Products Division for 15 years. “She is also a disrupter, a game-changer, a modern thinker and she is the ideal person to take Aveda into the next generation of its growth,” said Hertzmark Hudis in an interview.

Lichtenthal, the 60-year-old global brand president of Bobbi Brown and Bumble and bumble, said he will retire in January. He will work on special assignments for Hertzmark Hudis until his retirement date.

Lichtenthal joined Lauder in 1989 and held top posts in the Lauder division, MAC Cosmetics and Smashbox before taking the helm of Bumble and bumble, where he is credited with reinvigorating the brand’s salon channel. He later made the decision to take Bumble and bumble into Sephora, which appeared courageous for a salon-based brand but it paid off.

Responsibility for Bobbi Brown will be turned over to Sandra Main, who will add the large franchise to her already significant portfolio. She will be global brand president of Bobbi Brown and La Mer. Main will continue to report to Hertzmark Hudis and so will Rieken.

Main has been in the company for over 20 years. She has spent nine years building the La Mer brand. Prior to that she ran international for Bobbi Brown then moved to MAC Cosmetics. “La Mer has had absolutely extraordinary success globally and that success has only accelerated in the last few years, and especially this year,” said Hertzmark Hudis. “Sandra and her team have built that brand to be the [leading] luxury skin-care brand in the world.”

Reporting to Main will be Justin Boxford, who has been named senior vice president, global general manager of La Mer. He also will join the executive leadership team.

Boxford joined Lauder in 2004. His last post was senior vice president and general manager for international, Estée Lauder and Tom Ford Beauty. Lauder credited Boxford as a driving force in developing Lauder’s omnichannel and digital strategies internationally. His experience in the company’s local relevance initiative is said to have helped enhance Lauder’s appeal in China. He also received credit for the successful launch of Tom Ford Beauty internationally, particularly across Asia-Pacific, and its launch in China.

The announcements gave Lauder the opportunity to honor two leaders who were instrumental in company’s growth over the years — Hertzmark Hudis thanked Lichtenthal and Conseil for “the enormous amount” they gave the company — and also a chance to showcase its bench strength by tapping stars of the future.

Fabrizio Freda, president and chief executive officer of the corporation, described the promotions as reflecting “the company’s thoughtful succession philosophy. We are focused on leveraging the diverse strengths, experiences and perspectives as our leaders to further grow our brands and our business. The success of our people is a cornerstone of our long-term strategy.”