Love was in the air at the ECRM conference in San Francisco, as several companies hooked up and announced acquisition deals.

By Molly Prior and Andrea Nagel on February 11, 2005
View Slideshow 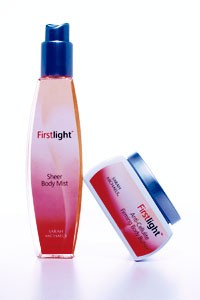 SAN FRANCISCO — Love was in the air at the ECRM Cosmetics, Fragrance and Bath Conference held here this week, as several companies hooked up and announced acquisition deals.

Soho Cosmetics, a Montreal-based company, surfaced in the Canadian market two years ago and specializes in color cosmetics and cosmetics bags. Eric Chen, president and chief executive officer of Markwins, explained that the French-Canadian company will give Markwins a foothold in the Canadian market by establishing a “well-seasoned operational base there.” Markwins also has ambitions of introducing Soho — after a full-scale revamp, of course — to the U.S. market. Chen said Soho’s high-fashion, avant-garde image offers a point of difference among similarly priced mainstays, such as L’Oréal and Revlon, that use spokesmodels and glitzy marketing campaigns to create almost duplicate brand positioning.

Soho’s midpriced range will bring Markwins, which built its business by churning out value kits and budget brands, into a new tier. It also may soon give Markwins a strong footing in China, where domestic cosmetics consumption is growing at a rate of 22 percent annually. Soho, more so than the company’s budget brands, would be best suited for the Asian markets, explained Chen. The executive said the company expects to close the deal in March.

The move is part of the company’s larger strategy to build a robust portfolio of beauty brands, noted Chen. Prior to acquiring the AM Cosmetics brands in 2003, the Markwins business relied on gift sets, such as color cosmetics kits and train cases, sold under the names The Color Workshop, The Color Institute and ACT.

“In order to build the company, we need to pursue brands,” said one member of the Markwins team. He acknowledged that Markwins is looking to acquire domestic beauty brands, as well. As part of its international expansion plans, Markwins recently introduced its Wet ‘n’ Wild brand to the European market.

Whispers also circulated that Pacific World Corp., owners of the Nailene brand, was close to acquiring fellow artificial-nail manufacturer Fing’rs. According to a buyer who met with the company, the Pacific World meeting room showcased a smattering of Fing’rs products.

Talk at the show, brimming with specialty bath players, also centered on the growing glut of no-name imports from China. Wal-Mart’s holiday assortment relied heavily on such imports last year. For manufacturers that hope to do business with Wal-Mart, it is best to have the capability to ship their wares directly from China to the retailer’s distribution centers, according to several vendors at the show. Last holiday, RLD International, the U.S. arm of a Chinese manufacturer, helped Wal-Mart trim the costs of its bath sets even further by excluding added extras, such as decorative ribbons.

Pat Gann, director of product development of RLD, admitted that the strategy of using a China-based manufacturer and shipping direct to Wal-Mart was “squeezing out” U.S.-based suppliers desperate to do business with Wal-Mart. “They just can’t compete,” she said. For Holiday 2005, Gann’s Landy International division is supplying Wal-Mart with more bath gift sets, which range from the traditional, featuring angels and gold accents, to more retro designs with black and pink color themes. Gann said the bulk of Wal-Mart’s orders were in the $2.88 retail price range, but there were also orders for $6 to $8 bath gift sets, as well.

Eroding sales of specialty bath products, which include items by Coty’s The Healing Garden, have prompted several retailers to shrink the space they devote to the category, in favor of allocating it to high-ticket skin care products. Woodridge Labs — a niche-focused company known for its nimbleness in bringing new products like its Vita-K Solution Microdermabrasion Kit to drugstores — got retailers’ attention this week by introducing a $40 wrinkle-fighting cream called DermaFreeze 365. The product seeks to mimic the formula of Freeze 24-7, a skin cream that sells at specialty retailers like Sephora for $95. Woodridge president and ceo Joe Millin, who rubs the cream into his forehead in front of retail buyers so they can watch the product take effect, said DermaFreeze is designed to reduce the appearance of wrinkles in 10 minutes.

The product, which breaks another price barrier in mass skin care, will roll out to seven retail accounts in April. Woodridge will back DermaFreeze with $1 million in media support during the month of May alone.

Several specialty bath manufacturers are following The Healing Garden’s newly minted approach to the category by infusing their product formulas with skin care benefits. Some of the new launches, from brands such as the made-over Sarah Michaels, teeter on the edge of serious skin care with introductions such as anti-cellulite treatments.

At ECRM this week Durham and CST introduced Sarah Michaels Timelights, a collection of products based on three times of day — Firstlight, Twilight and Moodlight. To drive home the brand’s new positioning, Durham ditched the previous whimsical illustrations that decorated the Sarah Michaels’ packaging and opted for elongated bottles with nondescript colored labels. Durham said she looked to Europe to reinvent Sarah Michaels, and to create a line that marries three categories: bath, skin care and fine fragrances. Price points range from a $3.99 linen and lingerie spray to an 8-oz. Anti-Cellulite Firming Body Serum for $9.95.

The Sarah Michaels brand, which has changed hands three times in four years and been revamped twice in the last three years, won nods of approval of several drugstore buyers who applauded the company’s move toward serious skin care.

Durham acknowledged that some retailers may feel burned from previous owners’ failed attempts to revive Sarah Michaels, but said the new look should ease past concerns.

Industry sources anticipate Sarah Michaels — under the stewardship of its new owner — will generate $20 million in first-year retail sales, fueled by a marketing budget of approximately $4 million.

Bath manufacturers continue to look to higher-priced specialty brands for inspiration. Philosophy’s popular three-in-one products — a 16-oz. shampoo, bath and shower that sells for $22 — has spawned mass-market versions, such as Club Spa Bath Martinis and Bath Chillers by Solar Cosmetic Labs, three-in-one products that will sell at a suggested retail price of $8.99 each. The Village Company, formerly known as Minnetonka Brands Inc., is also looking to tap into the three-in-one trend with a body wash, conditioning shampoo and bubble bath product in four flavors, such as ocean/Relax, milk/Nourish, aloe/Renew and citrus/Energize. These items will retail between $2.99 and $3.99.

Beauty brands along the cosmetics wall continue to compete in a tug-of-war for space. A fortunate few, such as Physicians Formula and Milani, have gained ground, while other players such as Max Factor and Revlon have lost linear square feet on the planograms for fall, according to retailers.

Markwins’ Wet ‘n’ Wild reported it will increase its advertising from $3 million in 2004 to $5 million this year. The budget brand has aligned itself with the upcoming film “The Perfect Man,” starring Hilary Duff. This summer, Wet ‘n’ Wild will launch two promotional collections, namely Perfect Eyes and Perfect Lips, and sponsor the movie’s August premiere. Despite the teen celebrity’s own foray into the beauty market with her Stuff by Hilary Duff line at Target, Duff’s photo will grace countertop displays. Duff even played a role in selecting the shades for two collections, said Shawn Haynes, vice president of sales and marketing of Markwins Beauty Products.

Prestige Cosmetics will begin rolling out its new cosmetics display this April. The display is described as a “frosted, face plate that floats on cube fixturing.” Its transient property, complemented with pastel graphics and headers, make the color cosmetics pop, said Tom Winarick, executive vice president of Prestige. Prestige will outfit the display with its new 40-item face makeup collection positioned as a multicultural offering. Shades in the collection are designed to match wearers’ unique skin tones and include formulas, such as cream to powder, wet to dry, loose and pressed power, and a liquid formula for $6.95 each. The company has padded its marketing budget 15 percent, primarily to support the new face collection, said Winarick.

Promotional items include Prestige’s signature oversized bronzer for $9.99 — this time in a mosaic color, and an eye and lip kit in complementary bronze shades for $6.95. Prestige will also introduce a smaller incarnation of the bronzer to fit into planogram. For lips, the company is hoping to tap into the energy drink craze with Fruit Boast High-Energy Lip Shine, clear, fruit-flavored glosses infused with ginseng and vitamin C available in six flavors for $4.95 each. Beginning this March, Prestige will also gain space in a select number of Boots the Chemist stores, U.K.’s leading pharmacy.

On the fragrance front, several expansions of existing brands look to stimulate the category. Retail buyers seemed excited about a woman’s version of Spirit Antonio Banderas, which sold very well during the Holiday season.

A $12 body spray of the All My Children scent, Enchantment, is expected this year, too. Enchantment, which was launched exclusively in Wal-Mart in September, will expand to other mass retailers, primarily in six-piece countertop displays.

Dana Classic Fragrances emerged at ECRM, equipped with a new sales staff, many of whom used to be with Aladdin Fragrances. Dana Classic plans to focus on its loyal franchises with rich brand heritage in 2005, such as Navy, Canoe and English Leather, which will be positioned as an upscale scent packaged in a simulated crocodile box with a retail price of $19.99. The company also plans to “bring back the elegance” of the Tabu brand, with a black package and the use of the rose as the brand’s symbol.

Boom! wrangled in the Wrangler license, which it will translate into three fragrances over the next three years, with the first making its debut this fall with $12 to $25 price points, depending on size. The company  is also launching kits, which include fragrance and deodorants, under the National Football League and Major League Baseball licenses. The kits will retail for $12 each.

Value fragrance also had a place at ECRM, led by In Style Products, which is the number-one selling fragrance brand in Walgreens, according to the company. In Style replaced Fragrance Impressions as the retailer’s value brand, and is looking to expand business in other drugstore chains.

By Molly Prior and Andrea Nagel