Outside of Terry J. Lundgren’s cavernous office 13 floors above Macy’s Herald Square flagship is nailed a plaque with the words “Chief Customer Officer.” 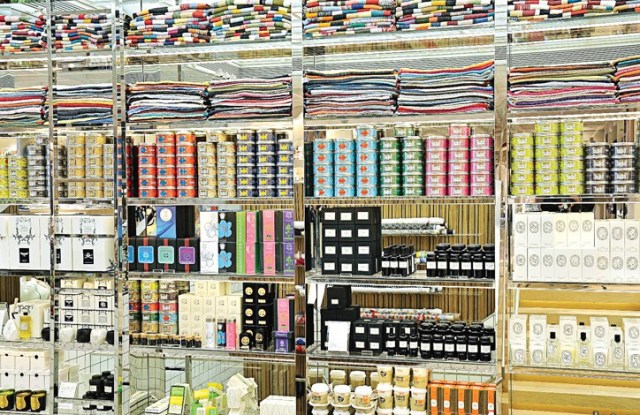 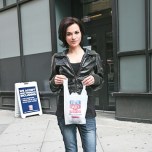 Appeared In
Special Issue
Beauty Inc issue 04/22/2011
This story first appeared in the April 22, 2011 issue of WWD. Subscribe Today. Outside of Terry J. Lundgren’s cavernous office 13 floors above the hustle and bustle of Macy’s Herald Square flagship is nailed a silver-framed plaque with the words “Chief Customer Officer.” What could come across as a little corny is actually a daily reminder for Lundgren—whose official title is chairman, chief executive officer and president of Macy’s Inc.—of his commitment to continually improving Macy’s shopping experience as well as its bottom line. It’s a broad-sweeping vision, but Lundgren is used to painting with bold strokes. In 2005, he acquired longtime competitor May Department Stores Co. for approximately $17.3 billion. Today, Macy’s is the solid number-one retailer in terms of U.S. prestige beauty sales, and Lundgren and his executives are hard at work at bringing the buzz (and a younger customer base) back to its stores. The team recently sat down with WWD Beauty Inc’s Pete Born and Molly Prior to reveal the multipronged strategy. Read about it in “Harnessing the Might of Macy’s” on page 26.

With estimated sales of over $1 billion (versus Macy’s $23 billion-plus), flash- sale Web sites are still but a tiny piece of the retail pie. Their growth over the last four years has been supersonic, however, attracting an affluent membership base and the brands that love them. The format—in which desirable goods are sold at a discount for a limited period of time, usually 36 to 48 hours—has proved problematic for beauty, a category in which discounts are akin to heresy. In “Instant Gratification?” on page 32, I spoke to the leading sites as well as myriad industry execs for insight on how the channel might evolve for beauty.

Those who know me know I love to shop—even vicariously. I’ve also heard from numerous readers that you’re eager to see and be inspired by emerging retail concepts. So I put a call out to our reporters worldwide asking about the latest and greatest stores in their neck of the woods. I think you’ll be as engaged as I was by what came back. In East London, I learned about an appointment-only hipster emporium that has everything from avant-garde designers to a nightclub. In Paris, a members-only concept allows visitors to test a variety of products, provide feedback to brands and be incentivized with coupons they can redeem in stores, while in Las Vegas, the proprietors of a luxe Dutch beauty boutique have opened their first U.S. outpost with a fantastic array of brands and a killer sense of design. Visit these stores and more in “Retail Road Show” on page 36.

Elsewhere in this issue—devoted to all things retail, in case you couldn’t tell—is an in-depth interview with Ornella Barra of Alliance Boots. A pharmacist by training, Barra is the engineer of Boots’ stellar international growth and also oversees its fast-growing beauty products division. Her interview is in “Master Class” on page 10. In Consumer Chronicles, starting on page 22, we’ve rounded up best-selling mascaras from around the world, compiled a list of the fastest-growing specialty stores and hit the streets of Philadelphia to find out what’s selling there—and why. I hope you enjoy this retail tour as much as we enjoyed putting it together. Drop me a line at jenny_fine@ condenast.com and let me know.