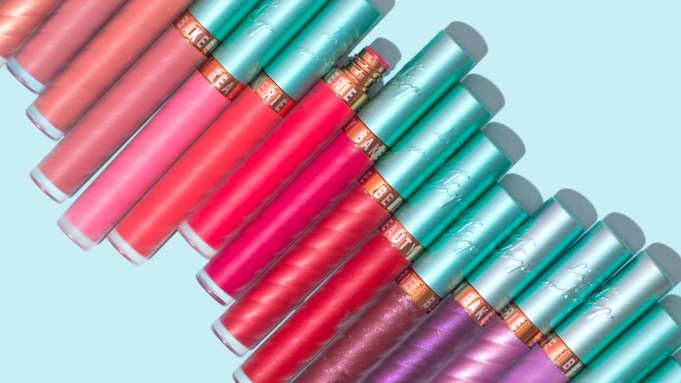 Long before Fenty by Rihanna woke the industry up to shoppers’ quest for more shade ranges of foundation, a cohort of women were meeting such frustrations head on.

In the last five years, retailers estimate they have seen about a 30 percent upswing in the number of minority- and female-owned brands presenting lines to them. Power players from Walmart to Sephora are taking notice and clearing shelf space for the upstart companies.

These trailblazers more accurately reflect America. According to the U.S. Census, Hispanics or Latinos now comprise 18 percent of the population; African-Americans 13.3 percent, and Asians close to 6 percent. Almost 3 percent of Americans check off they are two or more races, and one in 10 have a spouse of a different nationality or ethnic background.

Research from Packaged Facts puts the spending power of African-Americans at more than $1 trillion, a consumer base that over-indexes in beauty spending. According to Nielsen data, black women spend 106 percent more on hair and beauty care than non-Hispanic white women.

The emergence of new brands has been driven by women tired of waiting for companies to create products for them. While textured hair was the entry point, the success of entrepreneurs such as Lisa Price of Carol’s Daughter, Kim Etheredge and Wendi Levy from Mixed Chicks, and Titi and Miko Branch of Miss Jessie’s has opened the floodgates for other categories.

“The real people behind the brands lend credibility and authenticity that big corporations can buy but can’t duplicate,” said Michelle Breyer, cofounder of the web site Naturally Curly. Indeed, beauty power players have bought into the business, as witnessed by L’Oréal’s purchase of Carol’s Daughter’s and SoftSheen, as well as Unilever’s acquisition of SheaMoisture and investment in Beauty Bakerie.

This new breed of entrepreneurs pays homage to those who paved the way, including Madam C.J. Walker, whose early 20th-century hair-care line made her one of the wealthiest black women in the country; Eunice Johnson’s Fashion Fair cosmetics line, which was founded in 1973, and Iman, who introduced her cosmetics line 24 years ago.

What’s different now, though, is that roadblocks that once prohibited diverse brands from gaining a prominent retail presence are starting to fall. “The beauty business has finally caught up with life,” said Jeanine Recckio, a beauty futurologist and owner of Mirror Imagination Group. “Bottom line — consumers demanded it. No longer do six to eight foundation shades work. And what does normal, dry, oily hair even mean anymore?”

“The customer is constantly changing and evolving, and we are changing with her,” said Jody Pinson, Walmart’s vice president of beauty merchandising during a store tour last summer. Part of that effort involves expanding shade ranges in makeup, as well as zeroing in on specific hair-care needs. To that end, Walmart inked an exclusive deal to launch The Pink Lemonade and Coconut Collection from The Mane Choice, a five-year-old brand growing at a blistering pace, and is expanding footage for Milani, a cosmetics range formulated for women of all complexions.

“It is really resonating with our customers,” Pinson said.

In many Walmart stores, lines for diverse audiences are featured on shelves at prime visibility spots once reserved for general market entries. Problems do persist, though: A California woman has sued Walmart, accusing the chain of racial discrimination because it keeps African-American personal-care products locked up in a glass case.

Target, too, is moving full-steam ahead, adding hundreds of new stockkeeping units including The Doux, a hair-care line created for textured hair; Urban Skin Rx Cleansing Bars, and The Lip Bar. “In multicultural hair care, we’ve tripled our space investment in key markets and grown the assortment to offer up to 70 different brands to ensure that we have the right products for our guests’ hair types and concerns,” said Christina Hennington, senior vice president of beauty and essentials at Target, who added multicultural hair care at the retailer has experienced double-digit comps year-on-year since 2016.

Such precious square footage was virtually unheard of even just five years ago and the learning curve has been steep. Revlon’s Polished Ambers was a misfire, and retailers said the Cover Girl shades launched under the Queen logo did not generate enough demand to warrant full-scale distribution. Black Radiance has undergone several ownerships, now under Markwins, which retailers hope will put some muscle against the brand.

Department stores, too, have been slow to respond, despite the Fenty boom, experts said. Fenty’s success — statistics from Slice Intelligence indicate it could outpace the growth of Kylie Cosmetics, suggesting it could reach $500 million for the year — highlights a fact that creators of the surging lines all point out: They are fine-tuning products for an audience they know well because it represents their culture rather than the vision, as one executive put it, “of mature Caucasian men.”

“I can speak from a black woman’s perspective because I am a black woman,” chuckled Vera Moore, a former actress who created her skin care and cosmetics line after becoming frustrated with what she was using on set.

Social media has also ignited interest. Nielsen reports black women ages 18 and older are online more than non-Hispanic white women and are more likely to show support of favorite companies and brands on social media. “We’re able to tell our story the way we want and to so many people by engaging in new conversations every day. Our customers inspire new ideas in real time and we learn and adapt quickly,” said Nancy Twine, who left Goldman Sachs and cashed in her savings to create Briogeo, a natural hair-care line.

Briogeo’s approach to natural ingredients is another commonality among many of the emerging brands. Often there is a personal story behind the formulas. Chris-Tia Donaldson left a law career to launch TGIN, or Thank God It’s Natural, an alternative to lye-based relaxers. A breast cancer diagnosis amplified her commitment to make her line as natural as it could be, netting her the attention of Whole Foods, Target and Walgreens. Dawn Fitch had her dream job at Sony Music when one day on her way to work she felt an uncomfortable tingle in her back. While physicians couldn’t figure it out, Fitch decided to take her health into her own hands, starting with bath and body products. “I saw ingredients I couldn’t even pronounce,” she recalled. Today, her Pooka Pure & Simple, a line of naturally inspired body care, fragrances and hair products, is sold at select Whole Foods.

In Brief: Rodriguez leveraged her nursing degree and her own tailbone-length hair to launch her first item in 2014, a daily multivitamin said to improve the health of hair, skin and nails. “The products I saw in stores had ingredients that weren’t necessarily the best and were made by people who didn’t look like me and whose hair was not like mine,” said Rodriguez, whose brand now includes topical hair and skin care. Babassu Oil and Mint Deep Conditioner is Mielle’s best-selling item. Industry sources expect the company to surpass $15 million in sales.

In Brief: Twine left the corporate world to market her grandmother’s homemade, all-natural concoctions four years ago. She had the foresight to see that products for textured hair would appeal far beyond multicultural men and women to any consumer with textured hair. Industry sources estimate Briogeo’s sales near the $10 million mark.

Inside Intell: Johnson and Miller were having a glass of wine one night, lamenting the challenges of finding the perfect nude lipstick for black women when they decided to create their own. The duo, who met as Harvard Business School classmates, became the 15th and 16th African-American women ever to raise $1 million in venture capital and officially launched last March with a vegan range of nude lipsticks for women of color. They recently expanded into nail color. Industry sources say sales will exceed $2 million by year-end.

Basics: Prices start at $16.50; the line is sold online at mented.com.

In Brief: Umbel was inspired by the natural beauty of the women she saw hanging around her local mosque and started researching indigenous African ingredients. Today she uses many of those ingredients in Shea Terra Organics, while also assisting in sustainable harvesting efforts for women and families in Africa. The homeschooling mother of 14 children lives on a farm in Virginia, where she has built Shea Terra Organics into a $2 million business and 300-plus sku’s.

In Brief: Adeleye jumped into the business after a hair-dyeing incident left her locks brittle. With her background as a nurse combined with knowledge from her physician husband, Adeleye started making products from her kitchen in 2013 until mounting demand spurred her to expand the business. Industry sources estimated the brand posted close to $24 million in sales in 2017.

Basics: Price range from $14 to $40; retailers include Riley Rose in the U.S. and in several global markets.

In Brief: Consisting of 12 hair and body items, TGIN was made with black hair in mind, but appeals to consumers with aging, processed or straightened hair, Donaldson said. Quick to market launches are her hallmark. “We can present in March and have items on shelves by October,” she said. Sources estimate sales are between $1.5 million and $2 million.

In Brief: Roff isn’t African-American, but her background in her medical spa revealed a white space. “I discovered that dermatologists, spas and aestheticians didn’t offer treatments that effectively treated darker skin conditions,” Roff said. She ignored the naysayers and listened to her mom’s advice to follow her dream. She’s now getting distribution in Target with her Urban SkinRx Cleansing Bars, a three-in-one that functions as cleanser, mask and exfoliator. Estimates are the product side of the company — there is a separate spa business — will hit $4 million to $5 million in sales this year.

In Brief: The former Wall Streeter was frustrated when she couldn’t find a trendy, electric-hued lipstick to complement her skin tone, so she started formulating her own vegan, organic lipsticks six years ago. A 2015 appearance on “Shark Tank” proved financially unsuccessful, but brand awareness skyrocketed and The Lip Bar was soon selling products in retailers such as Forever 21. Butler opened a brick-and-mortar store in her hometown of Detroit, and this spring the line is launching at Target. Industry sources estimate The Lip Bar will reach about $500,000 in sales this year and is growing quickly. Next up: colorful mascaras and eye products.

Basics: Prices range from $12 to $14; retailers include select Target stores and target.com