The U.S. has been sluggish, especially in terms of makeup, but Lauder has a granular marketing plan that ceo Fabrizio Freda is betting can bring back growth.

Despite the global beauty boom, U.S. sales have remained sluggish for the Estée Lauder Cos. Inc. — but Fabrizio Freda, president and chief executive officer, doesn’t think they’re going to stay that way. 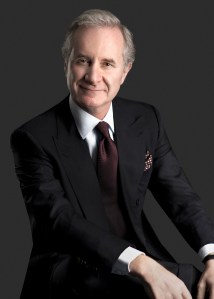 For Lauder, North America sales were down 2 percent, to $1.15 billion in the quarter. Financial trends in that market, which are mostly due to a slowdown in the U.S., stand in stark contrast to Lauder’s results broadly. The business posted an 11 percent gain in net sales for its third fiscal quarter, with sales gains across most product categories and geographies.

“The U.S. market overall in this moment in prestige beauty in declining,” Freda said in an interview with WWD after the company’s earnings call Wednesday. “In that sense, it’s not a very attractive market. But when you don’t look at it in total and you go much more granularly in pockets of the market, in the U.S. in this moment there are some exciting growth pockets,” Freda said.

Lauder is planning to focus on those pockets in order to drive regional growth in future quarters, Freda said.

“Instead of waiting for the total market to grow, we’re going to look for growth where growth is.” Lauder will ramp up marketing for specialty channels and online, Freda said.

“Our ability to focus on that growth, to tailor to that growth and to customize to those consumers in terms of innovation, in terms of assortment, in terms of marketing product categories, we believe will make a big difference,” Freda said.

Lauder is planning to roll out granular marketing initiatives in the U.S., Freda said, coupled with innovative product launches that specifically target different types of American consumers, including multiethnic consumers.

“It’s very locally relevant,” Freda noted. “We call it granularity marketing. We believe this will help [us] focus better on the bigger marketing opportunities in the U.S.,” Freda said.

The business has also redesigned its salesforce in order to “better tune to” retail partners, Freda said. “This is our way to support our brick-and-mortar partners in turning around their businesses or attracting new traffic and more traffic.”

He also expects the macro climate to be different over the next six months, and cited tax shifts and the government shutdown among factors in prestige beauty’s U.S. slowdown.

“I’m positive that the market should pick up over time in the next six months,” Freda said.

Broadly, outside of the U.S., Lauder’s sales continued to soar. The beauty company posted $3.37 billion in net sales for the quarter, up 11 percent, with a 49 percent earnings jump to $555 million.

Skin care remained the fastest-growing category, up 21 percent with $1.74 billion in sales. Makeup was up 5 percent, to $1.46 billion, driven by Tom Ford Beauty, Estée Lauder, La Mer and MAC. Smashbox continues to struggle, which Freda attributed to an influx of other, smaller brands in the specialty multichannel — something he said also negatively affected Glamglow.

“The combination of so many brands at the same time launched in the same channel for the same consumer in a declining market made the last six months pretty tough for Smashbox and Glamglow,” Freda said, noting that both brands are “developing exciting comeback plans” that are supported by marketing and social media, Freda said.

Fragrance sales were up 3 percent, to $392 million, driven by Estée Lauder and the luxury portfolio. Hair was down 2 percent, due to a decline of Bumble and bumble in the salon channel.

Regionally, sales in Europe, the Middle East and Africa were up 15 percent, to $1.625 billion, because of strong travel retail sales. Asia-Pacific sales continue to boom, up 25 percent in the quarter to $966 million.

Lauder recently launched Tom Ford Beauty in China, where the brand is off to a strong start. More brands are slated to launch on Tmall later this year, Freda said, but Lauder’s long-term plan, outside of brand launches, is to build brands up in the region.

While Lauder expected growth in China to moderate during the quarter, it didn’t. That moderation is expected at some point, Freda said, but would likely mean double-digit growth instead of the explosive growth the region has seen recently.