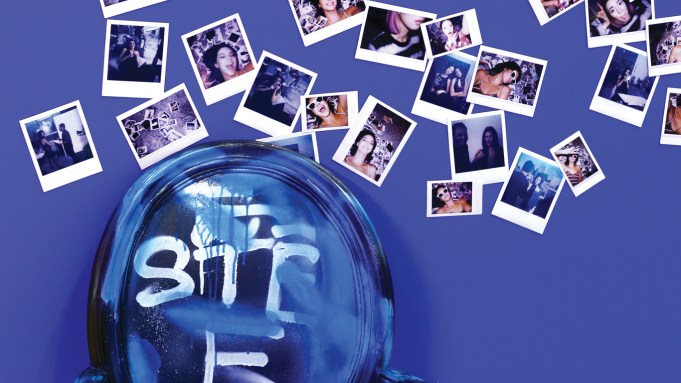 Can a 70-year-old dowager become a teen dream?

With the Estée Edit by Estée Lauder, an 82-stock-keeping-unit makeup and skin-care collection launching in Sephora and on sephora. com March 15, one of the U.S.’ most venerable beauty brands aims to find out. Estée Lauder’s new lineup — which industry sources estimate could reach first-year retail sales of $60 million in North America — follows an effort that began in November 2014, when the brand revealed social media sensation Kendall Jenner as its newest face. Since then, Lauder has also signed cool-girl beauty blogger Irene Kim and increased its digital presence on its own Web site and multiple platforms.

But The Estée Edit is by far the department store stalwart’s largest effort to court a younger consumer and establish itself as a key player at Sephora, the go-to beauty playground for many Millennials.

“Estée Lauder approached Sephora with this concept…to partner to launch a brand created with a whole new approach to the younger, modern consumer,” said Artemis Patrick, senior vice president of merchandising at Sephora. “We worked closely with the Lauder team on all aspects. This is a great brand to target today’s Sephora client and great way for Estée Lauder to introduce a brand to the younger consumer.”

Lauder is hardly alone in its desire to win over 18- to 34-year-olds. The numbers tell the story. Pew Research Center reported that the Millennial age group was projected to grow to 75.3 million in 2015, surpassing the projected 74.9 million Baby Boomers (defined as ages 51 to 69).

“It is a necessary move for Lauder,” said Karen Grant, vice president and global industry analyst for The NPD Group, noting that while the brand has a strong antiaging business, winning with the younger set is equally as important.

“With the way the market is going, all brands have to appeal to a younger consumer — it’s not an option,” Grant continued. “Sephora has a winning formula in that market — they know their Millennial customers very well, and they’ll be keeping an extremely close eye on this. And Lauder is very much behind it, and they rarely fail. It’s a smart partnership.”

It’s also a partnership that plays to a channel of distribution in which the Estée Lauder brand hasn’t had a significant presence. When Sephora came to the U.S. in 1998, Lauder didn’t exactly rush into that territory. And while other Estée Lauder Cos. Inc.-owned brands are sold in Sephora and other specialty stores, the Lauder brand itself has historically stuck to its department and specialty store roots.

“We are going after a Millennial audience, and they are all about authenticity,” said Jane Hertzmark Hudis, group president for The Estée Lauder Cos. “We looked within our own DNA and to Estée Lauder herself, and asked ourselves, ‘If Estée were creating a collection for Sephora today, what would that be?’”

The answer is a broad collection of mostly makeup and some skin care (72 of the 82 sku’s are in the color category), created with the social media generation in mind and inspired by Jenner and Kim. “They are guest editors of the collection and the idea is that the clients are inspired by their attitude, their style, their point of view,” Hudis said. The name The Estée Edit derives from the brand’s blog.

Grant noted that appealing to today’s Millennial includes offering a variety of shades for all ethnicities, as well as listening closely to consumers. “In a way, it’s almost like allowing the consumer to co-create what the line will be,” she noted. “One historical challenge with the Lauder brand has been offering shades that resonate with a wider group of consumers, something that [sister brand] MAC Cosmetics has done extremely well.”

The line will be merchandised by category and by beauty attitudes. “The attitudes will help clients shop by the look that resonates with their personal beauty approach and style,” Patrick said.

At the other end of the spectrum is The Barest, designed to deliver sheer washes of color infused with skin-care benefits. It includes Skin Glowing Balm Makeup, a tinted moisturizer available in 12 shades, $36 each, and The Barest Lipcolor, which offers six nude shades, each $22.

Jenner and Kim selected the Guest Editor items, including a $48 eye palette that bears Jenner’s name. It contains 14 eye shadow shades, including two “transformers” with black light technology that will glow in the dark under the right lighting. For the social media-obsessed, there is Flash Photo Gloss, a blue-tinged lip gloss which is said to make teeth look whiter immediately.

The items in the skin-care lineup were created to deliver instant benefits. “Problem/solution suggestions that there’s something wrong and you have to fix it, which isn’t how Millennials think,” Hudis said. Ranging in price from $15 to $50, standouts include Pore Vanishing Stick, $28, and Rescue Balm for Face + Body, $50.

“In makeup, we joined the party, and in skin care, we’re going to create the party,” she said.

Product packaging doesn’t entirely give up Estée Lauder’s signature blue, but adapts it to a Millennial consumer by delivering it as a cobalt paint splatter on outer packaging and compacts.

At launch, The Estée Edit will be sold in about 320 Sephora doors in North America. The brand has created more than 50 videos, ranging from how-tos to aspirational pieces.

“We want the videos not only to be useful from a how-to perspective, but from an entertainment perspective,” said Richard Ferretti, senior vice president and global creative director for Estée Lauder.

Social media will be hashtagged #beautyattitudes; The Estée Edit also has a dedicated Instagram account that’s currently teasing bits of the line to consumers. Sephora has a splash page on its site with a similar purpose.

Jenner and Kim will promote the line on their respective social media channels, as will Sephora and Estée Lauder, encouraging consumers to add content as well. Jenner will also make a personal appearance at a Manhattan Sephora on March 22.

Hudis compares hiring Jenner — widely seen at the time as a surprising choice — to some of the Lauder matriarch’s gutsier moves, such as running a black-and-white magazine ad for Youth Dew with a nude woman dipping a toe into the bath. “Sometimes you need to shock, surprise, take risks,” Hudis said. “Everyone was talking about it when we signed Kendall. We asked ourselves, ‘what would Estée do if she were here?’ And the answer is, she would have signed Kendall Jenner and she would have created The Estée Edit.”

In store, the collections will be displayed in cobalt units — a cobalt gondola for the color sku’s, and a cobalt and chrome wall unit for the skin care. (Lauder will also merchandise some of its best-selling Estée Lauder skin-care products, such as Advanced Night Repair, on these units.) Lauder will send out product boxes and a brand book to each Sephora store to educate cast members before the launch. More than a million samples will also be distributed to customers.

Beginning in July, besides Sephora, The Estée Edit will be sold on esteelauder.com. While expanding past North America will likely hap- pen eventually, Hudis said that’s not the brand’s immediate focus.

But will the move toward the daughters of Lauder’s more established customers alienate its existing consumer base — and its department store retailers that are also working avidly to attract a younger consumer base?

Hudis rejected suggestions that The Estée Edit might alienate the brand’s core consumer, who in the U.S. is generally thought to be 45 years of age and older.

“When Estée Lauder said every woman can be beautiful, she didn’t attach an age to that,” Hudis said. “This brand is broad enough, especially in North America, to attract and serve a wide range of consumers.”