The company founded by Jean-Michel Karam also has a new app and launched a personalized subscription service.

PARIS — IEVA Group — the connected beauty group linking wellbeing, tech and the environment — keeps developing at a rapid clip, most recently with a new funding round, application and personalized subscription service, and the acquisition of Atelier du Sourcil.

“I want to build a new actor in beauty that shakes up everything,” Jean-Michel Karam, who launched IEVA in late 2016, told WWD.

A microelectronics expert, Karam already sent shock waves after introducing IOMA, a skin-care brand using its own high-tech analysis in-store for the creation of customized products and recommended regimens, in late 2010.

That brand was subsequently sold to Unilever, and he remains IOMA’s chief executive officer as well as the ceo of MEMSCAP, a company Karam launched earlier based on developing MEMS technology for the avionics, optical communications and medical fields. 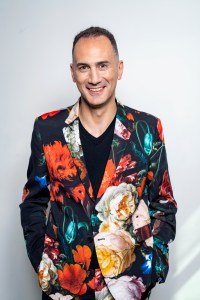 IEVA is meant to disrupt the personalized beauty model while remaining in sync with the executive’s quest to enhance human life. The brand has connected jewelry, introduced in January 2019 and commercially deployed in May and June, that measures environmental stressors and physical activity.

That was linked to a mobile app, which gave preventative and personalized beauty recommendations based on the environmental information and diagnostic results.

IEVA has just raised a new round of financing, of 12 million euros, led by Crédit Mutuel Innovation and combined with non-dilutive leverage of 5 million euros. The pool of IEVA’s investors now includes SEB Alliance.

IEVA also said it acquired Atelier du Sourcil’s 109 boutiques, including 45 fully owned and 64 franchised locations, which are mostly in France, but also found in Belgium, Luxembourg, Spain and Morocco. IEVA owns, as well, the brand’s 40 product stockkeeping units of makeup mostly for eyebrows and eye contour, and related accessories. 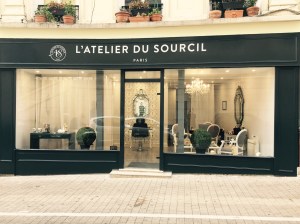 “It is the number-one outlet specialized on the eyes [in Europe],” said Karam, who will deploy the concept elsewhere on the continent and in the U.S., and add to it the IEVA brand.

Atelier du Sourcil was founded by professional makeup artist Jocelyne Devilleneuve in 2006 with a location in Paris’ 17th arrondissement. Six years later, she launched the product line dubbed Ma Gamme Préférée, and her first retail location opened outside of France in 2015.

In other news, on the technology front, IEVA has unveiled a new app, billed to be the most advanced skin and hair diagnosis available on a mobile phone. It is accessible on its own or through IEVA’s Twin.C smart jewelry, which has integrated sensors that are combined with artificial intelligence to allow for an environmental diagnosis used to develop a personalized beauty routine.

IEVA gives made-to-measure tips and recommendations to its app users daily. People can, for instance, receive information on the environment, their activity levels and nutrition to help inform beauty routines.

As part of the new app, IEVA users can also sign up for its first monthly subscription service, called MonMoiBeauté, that offers a personalized regimen for skin and hair, with bespoke products from IOMA and products from Elénature, Made with Care and Atelier du Sourcil.

The three MonMoiBeauté subscriptions, available on ieva.io, range from 37.90 euros a month for the Essentiel service to 69.90 euros for the Expert service and 89.90 euros for the Unique service. The latter involves made-to-measure formulas.

People download the app and undergo a diagnostic that is based on AI and IEVA proprietary dermatological patches used to measure the likes of sebum and pigmentation. Then a skin- and hair-care ritual are generated.

The first pack received includes two skin-care products and one hair-care one, and a smart “jewel,” as well. That, in turn, is connected to the app. The device starts measuring a person’s surrounding environment and lifestyle, with data feeding into the diagnostic information that influences the next month’s product picks.

Makeup items are added to the selection of full-size products delivered to people’s homes, too.

“The savings per consumer can go up to 70 percent,” explained Karam, making the comparison with what an IOMA beauty consumer typically spends.

He said IEVA is “kind of the Netflix of beauty.”

Subscriptions can be canceled at any time. “I want that the consumer has zero constraints,” continued Karam.

Industry sources estimate it generated sales of upward of $1 million in the past six months.

The connected jewelry and watches branch includes Twin.C and Time.C, due to be introduced in the fourth quarter of this year.

Then specialist boutiques and “points of experience” count the Atelier du Sourcil retail network and the IEVA platform, with its apps and marketplace.