Rather than holding her breath until the first glimmers of economic recovery appear, Annbeth Eschbach is expanding the reach of Exhale, her Upper East Side Spa. 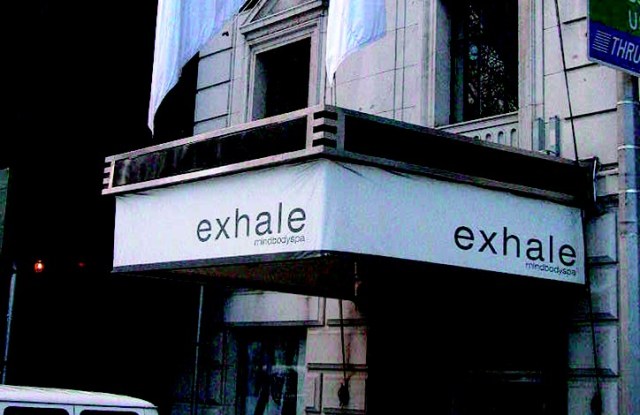 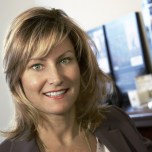 Rather than holding her breath until the first glimmers of economic recovery appear, Annbeth Eschbach is racking up frequent flyer miles and expanding the reach of Exhale, the wellness spa she founded in the fall of 2003 with a single outpost on the Upper East Side of Manhattan.

In the years since, Exhale has opened 11 locations, primarily in bustling urban markets including New York, Boston, Chicago, Dallas and the Los Angeles area.

The spa and fitness concept, which trumpets mind-body wellness over beauty and pampering, has begun to attract the attention of real estate developers seeking an angle to differentiate themselves. As a result, Exhale has started to export its concept to luxury hotels and condos, and most recently, resorts.

Earlier this year, Exhale opened at the Gansevoort Turks and Caicos, a Wymara Resort on the beach of Grace Bay and the company’s first international outpost. There it will host multiday retreats led by Exhale technicians and instructors including Fred DeVito and Elisabeth Halfpapp. Both DeVito and Halfpapp are members of Exhale’s founding team, and together they codeveloped its proprietary Core Fusion series of fitness classes, which are designed to challenge all fitness levels (muscle burn is a given). At Gansevoort Turks and Caicos, classes, spa facilities and in-room spa services are available to hotel guests and residence owners.

There are seven Exhale concepts on deck, including the Epic Hotel in Miami, slated to open this summer; the Traymore Hotel in South Beach, Fla., due to open in early 2010, and Gansevoort Park in New York is slated for April 2010, said Eschbach, Exhale’s president and chief executive officer. Eschbach jetted to St. Maarten in late April to get a glimpse of a development project up for consideration. That same week, Exhale signed a deal to open a 5,000-square-foot space in Gansevoort’s Meatpacking hotel property.

Exhale expects to end the year with about 18 locations.

“We’ve built a lifestyle brand that has a lot of value to developers,” said Eschbach. “We are being heavily recruited.” Each deal is structured differently, but Eschbach declared, “Our growth right now is not dependent on Exhale investing capital. Everything we’re doing has a lot of upside and very little downside.”

In return for clearing out space in their developments for Exhale, Eschbach said the company provides spa services and its proprietary Core Fusion classes, which are expected to draw guests to resorts off season.

The retreats are promoted on flat-screen TVs at each Exhale location, some of which can be visited by up to 350 people a day, and via e-mail. “We can blast an e-mail to 100,000 people on our database,” said Eschbach. Instructors also mention upcoming retreats in class.

She noted this year, the company is on track to nearly double its revenue base of $23 million, and that growth rate is likely to continue. “We can continue to open eight to 10 units a year,” she said. The short-term goal is a network of 40 Exhale locations, said Edward L. McCall of the Los Angeles-based private equity firm Brentwood Associates, who serves as chairman and director of Exhale Enterprises Inc. Nearly a decade ago, Brentwood had an interest in investing in the spa space and began to research the industry’s top players, including Bliss and Elizabeth Arden. What the firm found, McCall said, was “the world had shifted, and people were more concerned with results” than pampering. They also seemed to be gravitating toward health and wellness. Eschbach presented him with a more holistic spa concept centered on mind and body activities, and treatments including massage, facials and manicures. Brentwood provided Eschbach the capital needed to start the concept from scratch. “That’s called venture capital,” McCall acknowledged, noting the departure from Brentwood’s usual strategy of buying the number one brand in a given industry.

This year, Exhale’s efforts are heavily focused on real estate, but upcoming opportunities could include licensing its brand name and expanding its Exhale-branded products — its GRN eco-conscious skin care range, in particular — to retail. It’s newly released fitness DVDs from Acacia — namely Core Fusion Body Sculpt and Core Fusion Pilates Plus, featuring Halfpapp and DeVito — are already sold beyond Exhale’s doors. Two more are slated to be released this fall.

Each of Exhale’s flagship locations have an apothecary stocked with yoga and fitness apparel, skin care, giftable items and aromatherapy-infused teas, pillows and sleep patches. Its retail space averages $1,500 a square foot. Retail accounts for roughly 20 percent of Exhale’s revenue, with spa-and-wellness services and classes contributing 40 percent each, said Eschbach.

Referring to the evolution of Exhale in recent years, Eschbach said, “The vision then was the same as it is now: to create an environment in urban markets where people could find transformation on a daily basis, and make change happen and sustain that change.”