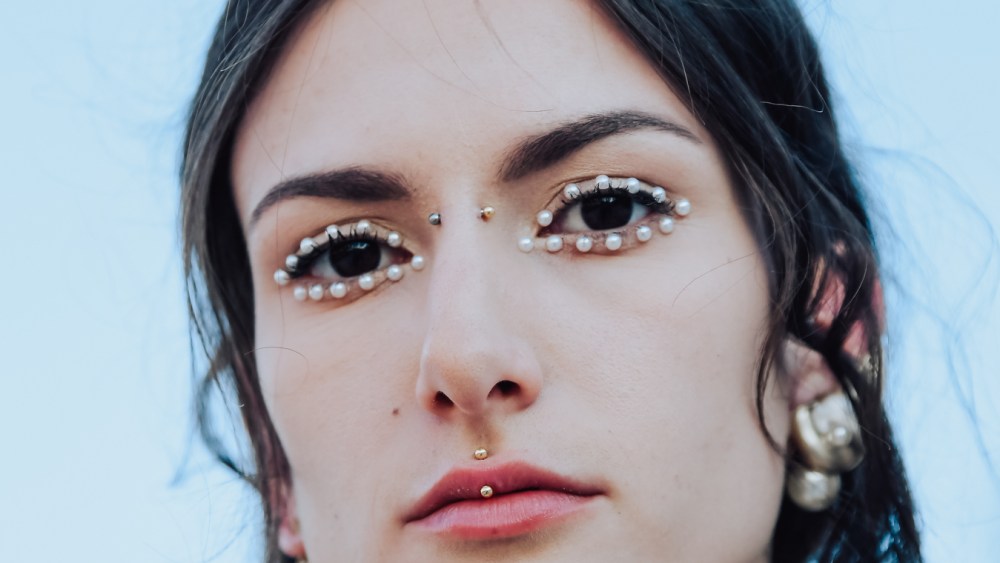 Peter Philips, creative and image director of Christian Dior makeup, shared his inspiration for the beauty look of the house’s resort 2022 show, where most models’ eyes were decorated with pearls.

Speaking from the Panathenaic Stadium in Athens on Thursday afternoon, prior to the evening display, Philips explained he created a “simple, beautiful face for everybody, and then we added a bit of a conceptual twist — a little bit different for each model.”

Dior creative director Maria Grazia Chiuri had shown Philips a photo of a woman with wet hair on which pearls were glued. He noted that in the collection there are lots of pearls on accessories and fabrics, but also a sporty element and fine draping.

To keep a pearl-bedecked beauty look from becoming too precious, Philips opted for a surrealistic take. Some models had pearls decorating the inside corners of their eyes, while others had them affixed on the inner and outer corners or entire eyes framed with pearls.

“I thought it would be interesting to play with that, because one of the most iconic things about Greek culture is the Greek eye,” said Philips.

EXCLUSIVE: Dior Teams Up With Sacai on First Co-branded Collection