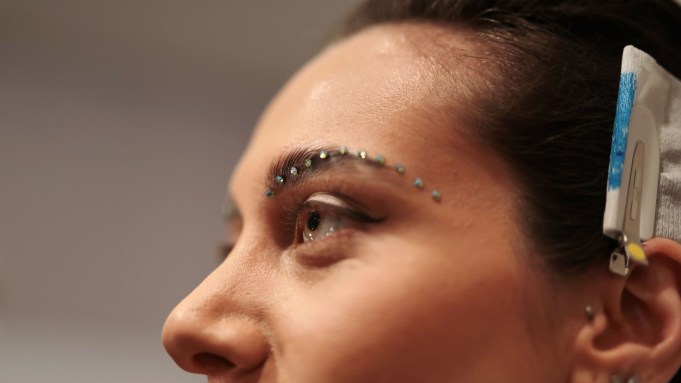 Beauty at New York Fashion Week is never exactly a hotbed of creativity. This season was no exception, as hairstylists and makeup artists opted for minimal hair and makeup looks under the guise of promoting individualism. To that end, the most creative looks, often originating from up-and-coming designers, stood out even more.

Adornment was the breakout makeup trend of New York. There were crystal-embellished eyebrows at Christopher John Rogers, eyelids lined with crystals at Christian Cowan and a trinket-studded face at Puppets and Puppets. At Dion Lee, makeup artist Erin Parsons replicated the look of body piercings with golden studs on models’ hands.

It’s All About Skin at NYFW