Fighting the Tide: Holiday Beauty Sales Off to Strong Start

Call it a color-me Christmas. While the jury has barely begun to deliberate, the prestige beauty business seems to be dispelling pre-season holiday jitters. 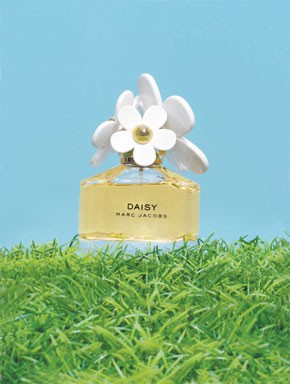 Call it a color-me Christmas.

While the jury has barely begun to deliberate, the prestige beauty business seems to be dispelling pre-season holiday jitters. And somewhat surprisingly, retailers say some of the biggest gains are coming in color cosmetics, turning the conventional wisdom that holiday is all about fragrance on its ear. However, NPD figures indicate that fragrance sales rose 2 percent in October, a possible indication that fragrance will have a strong Yule.

While December once was chiefly devoted to fragrance sales, that trend is diminishing a bit, withitems such as high-end skin care capturing considerable business. “I expect high-end skin care, limited-distribution color brands and holiday color palettes to do well for the holidays,” said Howard Kreitzman, vice president of cosmetics and fragrances for Bloomingdale’s.

Several other retailers agree that color is on a roll, particularly MAC Cosmetics.

Claudia Lucas, senior vice president and general merchandise manager at Henri Bendel, said the retailer had a “terrific November” and expected the trend to continue. “We’re really optimistic,” she said, noting that her business has also been buoyed by a steady stream of Europeans taking advantage of the weak dollar. “Business is good across the board, particularly in color. We are already on our third re-order of MAC’s holiday set. Lip gloss sets and palettes are also doing very well, as is Memoire Liquide. We’re also selling a lot of gift cards. A certain percentage of sales are probably self-purchases as well — at Bendel’s, we have a saying: ‘One for you, two for me.'”

But that’s not to say that fragrances aren’t important, Kreitzman added. “Our best new fragrances have been Marc Jacobs Daisy, Prada D’Iris and DKNY Delicious Night,” said Kreitzman. Daisy and Prada D’Iris, in fact, were often mentioned as strong sellers.

While there are continuing fears that accessories and consumer electronics might steal beauty’s thunder, Karen Grant, senior beauty industry analyst for The NPD Group, isn’t worried. “There’s a lot of concern that these categories might capture most of the attention — but we are positive about this season,” she said. Grant noted that prestige fragrance sales rose 2 percent in October — thought to be a harbinger for the holiday — and outperformed both makeup, which she said has been tracking as the number-one category, and skin care. “We’re hopeful because if fragrance does well in October, it generally also does well for the holidays,” she said.

Grant noted that 20 percent of total-year fragrance sales come in the two weeks before Christmas. “One of the things we’ve seen in the past few years is that sales are getting later and later,” said Grant. “It used to be that 35 percent of December sales were done in the last two weeks. In 2006, 45 percent were done in the last two weeks, with a lot of the sales rolling into the actual week of Christmas. This year, the hope is that won’t change. There will be another weekend in the calendar [between Thanksgiving and Christmas] this year, so that should help boost sales. A lot of people will wait until the very last minute.

“What’s exciting is that there is a lot of newness in men’s and women’s fragrances doing well,” she added. “Usher’s fragrances and Diddy’s Unforgivable for Women are particularly strong, and YSL’s Elle is also doing great business. As well, the classics are doing well — Chanel No.5, Estée Lauder’s Beautiful, Chanel’s Coco Mademoiselle, Donna Karan’s Cashmere Mist and Dolce & Gabbana’s Light Blue. We expect to see growth in both classics and new fragrances for the holidays.”

Color cosmetics are also trending well. “Makeup continues to be the strongest category we are seeing,” said Grant, naming MAC Cosmetics as a standout. “It took over last year as the leader over fragrances. Part of what we’re seeing is that customers are buying as much for themselves at this time of year as they are buying for anyone else — which might explain some of the upticks we’ve seen in both makeup and skin care.”

Gift sets have been selling very well, no matter what the category, said Grant. “The bottom line is that the set business is much stronger than it’s been in a long time,” she said.

And Grant noted that the weak dollar is enticing foreign shoppers to the U.S., particularly in tourist-heavy cities such as New York. “I think that will positively affect the sales doldrums in some areas,” she said.

“Gift sets across all categories — color, skin care, fragrance and bath and body — are always a huge holiday hit for Sephora,” said Betsy Olum, senior vice president of marketing for Sephora. “Clients realize the incredible value they’re getting and are drawn to these limited edition items, many of which are exclusive to Sephora. Additionally, the fact that these sets are not available at any other time of year makes them a unique and exciting gift idea.

“This season, there’s a mix of annual favorites and new items that we expect to do very well,” continued Olum. “Of course, perennial successes like Philosophy Home for the Holidays and Sephora’s Blockbuster Palette, which flew off store shelves last year, will be very popular, but clients are responding favorably to products that offer something fun and unique. Items like the Too Faced Lights, Camera, Glamour! palette that contains a Hollywood makeup mirror that actually lights up, and the L L.A.M.B. set that not only contains the first fragrance by Gwen Stefani, but also a body lotion and solid perfume, are proving to be successful as well.”

Creating a lifestyle approach and having a differentiated product assortment that’s kept fresh will be key to staying on track, according to Gottfried. “Fragrance is definitely our star performer for the quarter and season. [It’s] outpacing skin care and color.”

“We’re seeing great synergies with the designer houses,” said Gottfried, pointing to Bond No. 9, Tom Ford, Narciso Rodriguez and Dolce & Gabbana as standouts on the men’s side. Items that are unusual are “really performing,” she said.

As for competition from other departments within the store, “During markdown periods there are always challenges,” said Gottfried. However, she said she believes presentations in the beauty department will get customers to respond.

“The business is going about as we expected,” said Pollack.”We’re still looking for midsingle-digit increases out of the fragrance category.

“It was a good start, but as usual after an early Thanksgiving, there is a lull — that’s normal, but we’re focused on achieving our plans.” He added that activity “is going to be late and very intense, the last couple of weeks, but all indications are that we’re going to have a strong finish to the year.”

Competition within the store from other product categories like electronics or apparel is no different now than it has been in past years, said Pollack. “We face that every year. Our merchandise has to stand on its own and compete.” Boosting his confidence, he said, are Belk’s efforts to target customers. “We’ve done a good job of getting scents out there,” he said. “We’ve increased the number of scented pieces in our catalogue or direct mail. We think that’s going to help drive the fourth-quarter business.”

Additionally, Pollack said he’s anticipating “a big TV media blitz [for fragrance] in December, which is going to help the overall business. There’s more TV spend than we’ve seen in a long time [and that] will drive the gift-giving time frame. And we’ve focused on in-store execution quite a bit.” Also, he said, there’s a balanced assortment of classic brands doing well and strong new entries.

So far, Chanel has been performing well on the women’s side. Daisy by Marc Jacobs has been a strong new entry and Dolce & Gabbana’s The One has been “phenomenal.” On the men’s side, Polo Explorer, Usher and Diesel have been “awesome.”

“Christmas is excellent — it is already excelling beyond our expectations,” said Robin Coe-Hutshing, owner of The Studio at Fred Segal. “All categories are doing well — there’s definitely a ‘one for me, one for you’ thing going on — but home fragrances, men’s and women’s fragrances and skin care are doing very well. We just opened a Korres Apothecary [for the Greek bath, body and skin care line], and L’Artisan Perfumeur’s home fragrances and Burn [Coe-Hutshing’s candle line] are strong, as is Memoire Liquide. In skin care, Stem Organics is doing well. Clark’s Botanicals are doing well, as are Bubble Room, Diptyque, Tocca and Serge Lutens. We’ve also brought in a slew of Australian brands.”

As a result of the weak dollar, Coe-Hutshing is seeing a large uptick in business, particularly from Japanese tourists. “They think our prices [in the U.S.] are ridiculously cheap right now, and that’s definitely helping business.”

“We’ve been meeting our plan and we’re excited about that,” said Marla Malcolm Beck, founder and chief executive officer of Washington-based Blue Mercury.

“What we’re finding is the luxury client is buying the [uncommon] thing that no one [else] has. They want newness and uniqueness. The trend toward the exotic is definitely there, products that are hard to find.” Bestsellers among fragrances include Serge Lutens’ Louve and Acqua di Parma’s Colonia Intensa and Iris Nobile scents. Also doing well are Creed Virgin Island Water and Trish McEvoy’s Blackberry and Vanilla fragrance. “Vanilla fragrances are doing well,” said Beck, “better than the florals.” She added “Men’s is doing much better than women’s [especially] on Creed.” Stand-out men’s scents include Creed’s Vetiver and Green Irish Tweed scents.

In skin care and color cosmetics, doctor and cosmeceutical brands are “doing extremely well for us,” said Beck. “Our core strength is skin care. The Skinceuticals, Dermalogica, MD Skincare and Darphin businesses have been immensely strong.”

Macy’s Debbie Murtha could not be reached for comment.