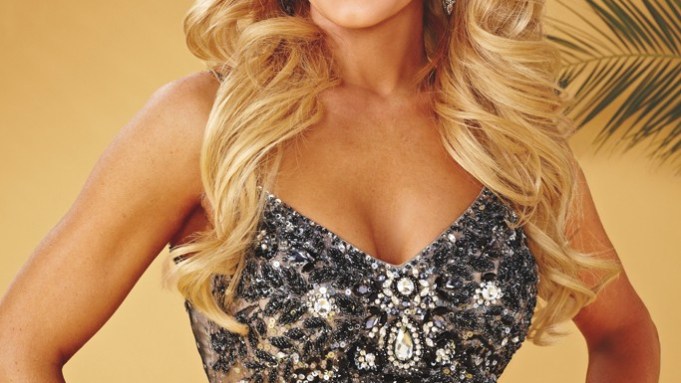 To catch a glimpse of the new guard of beauty entrepreneurs, tune in to Bravo. A number of perfectly coiffed cast members of the network’s “Real Housewives” series are eyeing beauty — along with handbags, shoes and alcohol in many cases — as a stepping stone to brand building.

“There’s a strong connection between reality TV and beauty. Most of these woman are glamorous and beautiful,” said Alisa Beyer, founding partner and chief executive officer of the brand consultancy The Beauty Company. “We know the power of TV from QVC. But reality TV is a far less-controlled medium,” said Beyer, adding that to succeed in beauty, “these women need to be beautiful, aspirational, smart and completely focused.”

Beyer pointed out the beauty business has low barriers to entry, as contract manufacturers are plentiful. She estimates that it takes roughly $5 million to launch a beauty brand and even more capital to give it staying power.

Retailers have yet to fully embrace reality TV-born brands — although some have shown a fondness for the Kardashians’ cosmetics and fragrance projects — but that hasn’t stopped small-screen starlets from plunging into the category. The latest “Real Housewives” entrants include Adrienne Maloof (formerly of the Beverly Hills series), Lea Black (of Miami) and Teresa Giudice (of New Jersey). They follow Gretchen Rossi (Orange County) and Ramona Singer (New York City) whose beauty businesses — Gretchen Christine cosmetics and Tru Renewal skin care, respectively — live online.

“I’ve been using antiaging skin care since I was 40,” said Singer, who also has her own jewelry and wine brands. “I have very sensitive skin and I wanted something that would work for me and everyone else.” She said she worked with a renowned chemist to formulate the green algae-based, four-item line, but she wouldn’t divulge who.

Singer didn’t have time to talk details. After cutting the interview short, she sent an e-mail later that evening that read, “Been going nonstop all day. Now going to charity bowling event that I am hosting. So sorry.” Singer’s frenetic energy — and lack of diplomacy — is exactly why viewers are captivated by her.

All these women have proven quick studies on how to nab and keep a TV contract (at least for several seasons): Any airtime — regardless of controversy or glib conversation — is good airtime. Viewers have responded by poring over the “Housewives” blogs and following their daily posts on Twitter and Facebook. The hope is their enthusiasm spills over into sales.

“The ‘Real Housewives’ franchise is a strong platform for any brand or product that touches on core elements of the show like fashion, beauty, design and very often food, and we have seen a lot of success in partnerships in those areas as they are also the passions of our highly-engaged audience,” said Ellen Stone, senior vice president of marketing for Bravo Media. A Bravo spokeswoman said the franchise reaches millions of viewers — the Atlanta series alone has reached three million.

The Housewives aren’t the only ones eyeing beauty.

Bravo’s Rachel Zoe is now in the salon business with her blow-dry bars DreamDry, which she intends to roll out nationally. Golnesa Gharachedaghi of Bravo’s “Shahs of Sunset” partnered with Hair Solutions by M.E. Inc. to create a line of hair extensions called GG’s Extensions by Effortless Extensions. Last summer, Drita D’Avanzo of VH1’s “Mob Wives,” introduced a cosmetics line called Just Me Cosmetics, which is sold online and at a kiosk in the Staten Island Mall.

Surely there are more beauty ventures to come.

Traditional retailers may be keeping their distance from these fledging brands — at least for the time being — but Beyer suggested that TV retailers and infomercials may be the next best step after they build an online presence.

In the reality stars’ sights is Bethenny Frankel, formerly of “The Real Housewives of New York City,” who managed to parlay a pregnancy and wedding into her own Bravo show and use air time to market her low-calorie cocktails brand Skinnygirl, which she then sold to Fortune Brands Inc.’s Beam Global. Frankel also dabbled in beauty for a brief time, partnering with Lotta Luv to introduce Skinnygirl Face & Body Solutions to Wal-Mart in late 2011. Frankel and Lotta Luv have since parted ways. Neither Frankel or Lotta Luv would comment on the demise of the line.

Well before Frankel, there was hairstylist Jonathan Antin, star of Bravo’s reality TV series “Blow Out.” Antin, who was quick to shed tears and stir up drama, launched the hair-care range Jonathan Product in 2005 on QVC and at Sephora, which saw a pop in the line’s sales after each episode, recalled one former retail executive. Antin, too, has since separated from the brand, which is no longer sold at Sephora.

But the women of the “Real Housewives” franchise are an ambitious crew. As Singer said, “I started my own [apparel closeout] business at 29. If I looked at my competition, I never would have started.”

Despite recently parting ways with “The Real Housewives of Beverly Hills,” Adrienne Maloof is leveraging her fan base to develop a two-item skin-care range based on her travels, particularly in Asia. The namesake line is Maloof’s second go at skin care. During the most recent season of “Beverly Hills,” she and her then husband, dermatologist Paul Nassif, are seen collaborating on formulas for her first line. Maloof told WWD the brand was “in the conceptual stages only.”

Maloof’s latest effort, developed with beauty manufacturer HCT, is designed to target aging and hyperpigmentation. “The delivery system is key,” said Maloof, whose other business ventures include shoes, handbags and Zing Vodka. One item is a handheld mister that delivers a brightening serum onto the skin and the other is described as an infrared wand with an LED light on one side and a wrinkle-fighting formula on the other. The two kits will range between $120 and $125. Maloof’s camp said the line will launch at Sephora, Nordstrom and Bloomingdale’s by spring 2014. But here’s where reality and reality TV get blurry: The retailers said they had no plans to carry the line at this time. When asked about the discrepancy, Maloof’s branding partner Maggie Dumais, head of branding and licensing at partner Innovative Artists, said that after an exclusive launch partnership fell through, HCT “are back to actively pitching those retailers.”

Black of “The Real Housewives of Miami” is well acquainted with the beauty business. Over the last 20 years, she has developed Andre Walker Hair Care, Sudden Youth skin care and the fragrance Jazz, which was sold to Yves Saint Laurent. She’s returned to the skin-care category for her latest effort, a four-item line called Lea Black Beauty. Black created the line, which focuses on moisture replenishment, with Melinda Wells-DeRocher, the former president and ceo of Dr. Brandt skin care. The line carries big claims, which Black and Wells-DeRocher said are backed by clinical tests. For instance, the $95 Intensive Moisture Renewal Creme is said to increase skin’s moisture by 440 percent in two days.

“But it’s not the gooey, sits-on-top-of-your-skin moisture. It’s more baby’s bottom [in feel],” said Black, who on the show is famous for one liners such as “I can’t deal with stupid.” Black said she did give her fellow cast members product to try but quipped, “Some use it and like it. Others may have sat it on a shelf. Or use it for voodoo.”

Black, who also has a line of handbags and jewelry, said that although she was working on various business ventures during the taping of the first and second seasons, she chose not to promote them. “It can take away from the seriousness of a product. I’m not going to use it as a personal infomercial,” she said.

Lea Black Beauty launched on leablackbeauty.com last month. “I don’t want to rush into retail. In the U.S., you get one opportunity to distinguish yourself from everybody else,” said Black, adding that the aim is to roll out to retailers in the fall. She plans to re-brand Sudden Youth under the Lea Black Beauty franchise, as well.

Giudice of the New Jersey series has set her sights on hair care, after dabbling in items such as lip glosses and T-shirts. “Now, I am going higher end,” said Giudice. She began selling Milania Professional Hair Care over the summer to salons and professional beauty stores, and in February started a bigger push to expand distribution. Giudice partnered with Jerel James Sabella, ceo of Belco Distributors, to develop the line, which consists of three products — Total Vitamin Leave-In Treatment, Keratin Heat Protector and Argan Oil Infusion Serum. A shampoo and conditioner are in the works.

Giudice said she developed the line — named after one of her daughters and selected by her Twitter and Facebook followers — after overstyling for TV appearances on “Housewives” and “The Celebrity Apprentice” left her hair dry. “I was getting my hair done every other day. It was getting dry. Now, I understand why Wendy Williams wears wigs,” she said. “Everyone loves my hair….They way you look inspires people.”

As for whether on-screen antics — who could forget Teresa’s table flip? — threaten to undermine her various business, Giudice said, “It hasn’t hurt me. I have very loyal fans.” She also has a stack of cookbooks and a sparkling wine called Fabellini.

One of the lesser-known “Housewives,” Cindy Barshop — who appeared in one season of the New York City series — is one of the few who successfully leveraged the show to gain retailer distribution for a beauty line. In 1998, Barshop founded Completely Bare, a chain of four spas focused primarily on hair removal. After the show, she launched the Completely Bare skin-care range at CVS Pharmacy, which asked her to put a photo of herself on the products. “It was a great vehicle to expand something you already have,” said Barshop, referring to the TV show. “The Completely Bare name was known and we wanted to roll out the products nationally.”

The line also is available at Duane Reade and is slated to roll out to Target next month. In Barshop’s view, many reality TV stars are better suited to act as a spokesperson for a beauty line, than brand creators. “You cannot just slap your name on something….There has to be technology behind it. It took us 10 years to develop the right wax and then we brought it to the masses.”

As for whether she’d consider appearing on another reality show, Barshop said, “Never say never, but I am not a big fan of fighting for no reason.”