The organization may have been forced to delay its ceremony because of Hurricane Sandy, but that didn’t dampen the sense of achievement. 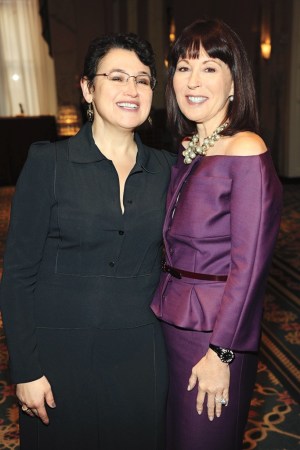 CEW may have been forced to delay its 2012 Achiever Awards ceremony because of Hurricane Sandy, but that didn’t dampen the sense of achievement in the room when the event took place a week later than planned. Meredith’s Jeannine Shao Collins kicked off the festivities by announcing a $5,000 donation to a hurricane relief fund. “I love this city,” said Laurice Rahmé, the president and founder of Bond No. 9, upon accepting the Great Idea award. “I love the freedom, the liberty to take risks, to be innovative. We have no fear,” she continued. “We follow our intuition.” L’Oréal USA’s Frédéric Rozé accepted the Corporate Empowerment Award for Women on behalf of his company, noting, “Women are at the heart of L’Oréal, building our business and strategies at the highest levels.” Also honored were Jill Belasco of CoScentrix, Laurie Black of Nordstrom and Alina Roytberg, copresident and cofounder of Fresh, who ended the lunch with thunderous applause as she declared, “Men can work and evolve into being powerful, but women are born strong.”