Karyn Khoury, senior vice president of corporate fragrance development worldwide at the Estée Lauder Cos. Inc., was honored by the organization. 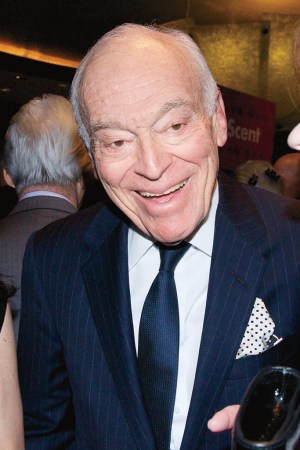 Trendalytics’ Top Beauty Trends for May

Nutrafol CEO Says Wellness Products Should Be Backed by Science

Karyn Khoury, senior vice president of corporate fragrance development worldwide at the Estée Lauder Cos. Inc., was honored by the Museum of Arts and Design, and the company’s top brass turned out to cheer. Khoury expressed gratitude to Leonard Lauder for his support over the past 30 years. “I owe you my success and my career,” she told him, in front of a crowd that included Fabrizio Freda and Aerin Lauder, then saluted the memory of the late Evelyn Lauder as her mentor, boss and friend. The exec shared honors with IFF’s star perfumer Sophia Grojsman.