Beauty’s movers and shakers came out in full force at two major events this past May. 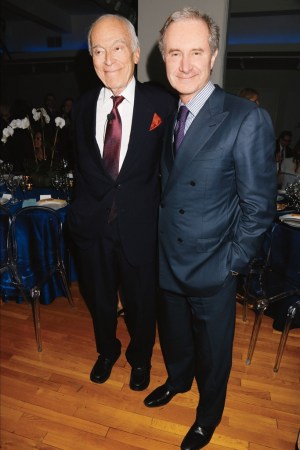 Beauty’s movers and shakers came out in full force to hear Leonard A. Lauder’s keynote address at WWD’s 2013 Beauty Summit. The chairman emeritus of the Estée Lauder Cos. immediately zeroed in on a subject he knows a lot about: vision. “You have to have a vision of where you want to be,” he told the packed room. “A business without a vision isn’t a business, it’s just a pastime.” It was a theme numerous speakers expounded on, from P&G’s Deb Henretta discussing the imperative for beauty companies to lead the charge for digital innovation to Liberty’s Ed Burstell, who sounded the call for retailers to reinvigorate stores with individualism and creativity. In fact, said Revlon’s Julia Goldin, it’s just such daring that will infuse beauty with an ever-increasing relevance to consumers. “The beauty industry has been very safe,” she said. “Are we ready to shock? That’s something that iconic brands do and that helps them to endure.”

At the 2013 CEW Insiders’ Beauty Awards ceremony, the event’s veteran host Mario Cantone ordered attendees to keep their speeches short. “I said keep your speeches to 10 seconds, not 30, and people did,” Cantone said wonderingly, as winner after winner came up and delivered the briefest of remarks. In another new twist, CEW tapped beauty’s biggest retailers to present this year’s awards. Those making multiple trips to the dais to collect the coveted crystal disc included Ojon’s Jane Lauder, Dior’s Terry Darland, Lancôme’s Silvia Galfo, Fresh’s Lev Glazman and Sonia Kashuk, each of whom won two awards.