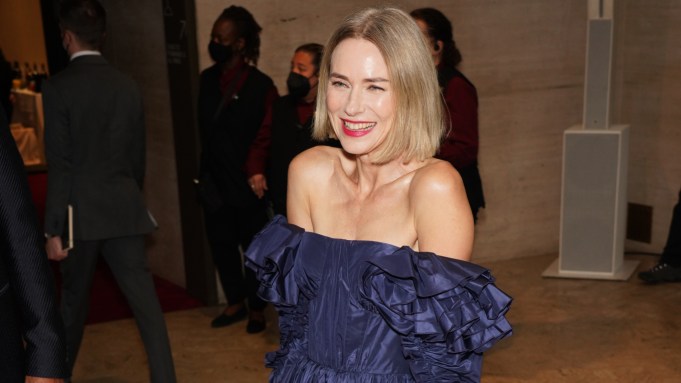 Call it the smell of success.

Gennette called out fragrance as a top performer at Macy’s during his speech, and afterward, told WWD that beauty writ large is on fire. “Makeup is back and it’s really good that masks are off,” he said. “People are putting power back on their faces; they want to look their best and they’re going out. Fragrance never slowed down…and skin care has been very strong. Beauty’s just getting started.”

In fragrance, the pie is big enough for all the players. Lori Singer, president of Parlux, noted that Billie Eilish’s debut fragrance is well underway to world domination. “We launched at Douglas in Germany and in 17 other countries in Europe,” she said. “The results are outstanding. We continue to have amazing success with Ulta Beauty, and we’re rolling out to Harrods.”

Later that night, Eilish by Billie Eilish went on to win Popular Fragrance of the Year and Consumer Choice, Women’s Popular of the Year.

Niche players are flying, too. “We are growing by a third this year, which is incredible. Not too bad,” joked Frédéric Malle of his namesake brand.

As for fragrance’s future, Demachy is most excited by the shifting attitude on materials, which is taking fragrance back to its roots. “There is a return for the natural products more and more,” he said, “because people realize that perfumes come from flowers.”

Inside the 2022 Fragrance Foundation Awards