Girl of the Moment: Lily James

The 25-year-old actress has found her glass slipper. 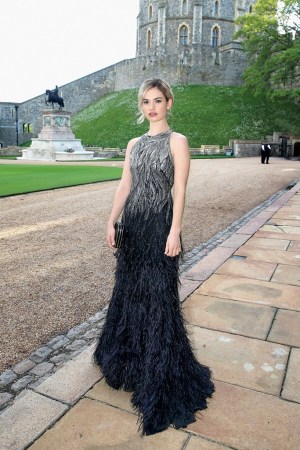 The 25-year-old actress, best known for playing the deviant Lady Rose MacClare on Downton Abbey, nabbed her first title role in Disney’s Cinderella, which hits theaters March 13. She’s a stunner who’s already appeared on the cover of Tatler and the U.K. editions of Town & Country and InStyle—not to mention the dreamy shoot with Annie Leibovitz for the movie’s poster—but according to Lucy Bevan, who cast the film, it’s James’ sheer goodness that gives her star power. “When she first came in to read, she had an innocence that you can’t act,” says Bevan. “She fit all of the qualities that [director] Ken Branagh talked about for the role: openness, kindness, twinkly, very strong heart. She’s so committed and she will have lots of opportunities that I’m sure she’ll relish with as much enthusiasm as she did with Cinderella.”