Glossier Is Hosting a Fragrance Pop-up at Nordstrom

Glossier You activations launch today at seven of Nordstrom's most popular stores.

Glossier is hosting a holiday pop-up series at Nordstrom for its eau de parfum, Glossier You.

Glossier is going offline for the holidays.

The company has experimented with offline business models in recent years, most notably via flagships in New York and Los Angeles. Nearly 500,000 people have visited the NYC flagship since it opened one year ago. The location now sees about 2,000 people a day.

On the heels of a successful London pop-up, Glossier announced today that it will spend the holidays at Nordstrom. The direct-to-consumer brand will open pop-ups at seven of Nordstrom’s most popular locations, including Seattle, New York City, Chicago, Dallas, Houston, Washington, D.C., and Santa Anita. The pop-ups open today, Dec. 3, and will run until Feb. 16. 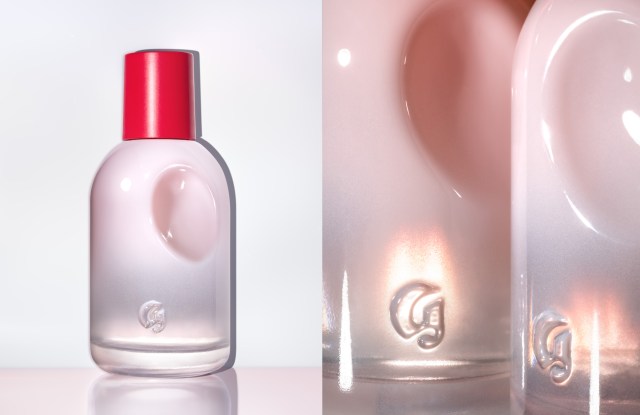 Glossier You is one of the highest-rated products on Glossier’s web site.  Courtesy Image

“Most fragrances are purchased where other fragrances are sold,” said Emily Weiss, founder and chief executive officer of Glossier. “It all stems from the opportunity to celebrate Glossier You. This is a fragrance-specific initiative, given that’s where people are buying fragrance: in department stores.”

Last year, Glossier surpassed $100 million in annual revenue and acquired one million new customers. The business has so far raised a total of $186 million in venture capital funding, including a Series D led by Sequoia Capital in March.

Glossier You originally launched in 2017 and was developed by the same perfumer behind the omnipresent Le Labo Santal 33 scent. Glossier You is now one of the top-rated products on Glossier’s web site.

“We didn’t initially spend any money marketing this product,” said Weiss. “It has grown organically and [by] word of mouth to become one of the star products in our portfolio.”

In an interview, Nordstrom copresident Pete Nordstrom praised Weiss’ “curiosity and willingness to try something out of the box.” The partnership, he continued, is mutually beneficial: Glossier has a strong online following, more than half of which is global, and Nordstrom has a prestigious, nationwide footprint.

“We talked a lot about how is this going to be something good for them and us,” said Nordstrom. “Part of what’s good for them is learning about different locations. They’ve got a strong following in New York and Los Angeles. Sometimes those are the easiest things to do, but we wanted to spread it around so there are things that can be learned that could perhaps inform future things we do together.”

The retailer is interested in adding Glossier to its beauty offerings permanently, but only if it works for Glossier, too, said Nordstrom.

“It’s not necessarily their business model to do that,” he said. “They’ve got such a compelling thing happening; there are a lot of people that want to do something with them. For us, if we can find ways to bring the most compelling brands into our stores and online, we want to do that. If you’re asking me at this point, the answer is yeah, we’d love to try to find a way to do more with them over time. If this is step one in that process, then terrific.”

The Glossier You pop-up will offer special swag, including a retail bag, stickers and postcards designed exclusively for the Nordstrom partnership. The activation will incorporate design elements from Glossier’s flagships, and, of course, sales associates in pink jumpsuits.