Fragrance has been a solid performer in all its incarnations. 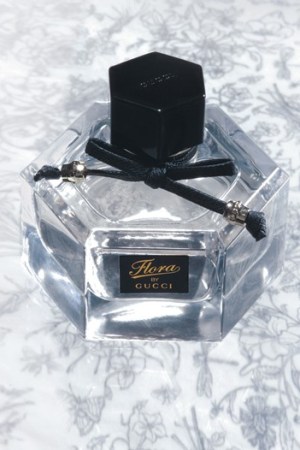 Despite a saturated marketplace, Gucci’s fragrance business has continued to ignite consumer interest.

After a flurry of best-selling launches — and amid a sector battling back from recession — the question on industry lips is: How does Gucci’s licensee, Procter & Gamble Prestige, intend to further bolster the Italian label’s scent arm?

“We’re well on our way to tripling the business for Gucci since we acquired it in 2006,” said Luigi Feola, vice president of Procter & Gamble Prestige, in a recent WWD interview at the global headquarters for P&G Prestige in Geneva. Industry sources estimate the Gucci beauty brand could now be worth $500 million to $600 million in retail sales worldwide.

According to P&G executives, longevity and sustaining the luxury label’s existing scent brands is at the core of Gucci’s beauty strategy. Patrice Louvet, president of P&G’s global prestige division, said his company intends to build the brand’s scent business over time. The fashion house’s existing multifaceted portfolio includes Gucci by Gucci for men and women, the feminine fragrance Flora, launched in 2009; Gucci by Gucci Sport Pour Homme, which bowed in early 2010, and its latest blockbuster juice Gucci Guilty for Her, which hit shelves last September and is aimed at a young, social-networking consumer. A men’s counterpart is slated to roll out from March.

Carolyn Tastad, vice president of global market operations for P&G Prestige elaborated on the strategy: “We plan to look at what we can do to sustain existing franchises [like] Flora or Guilty [and] continue to build the base business with an ongoing approach that is just as innovative.”

P&G’s long-term strategy doesn’t rule out the possibility of new scents. “The time will come to launch something else, but until then we need to sustain the existing lines. We have exciting programs for each of these,” said Feola.

Louvet agreed, “There will be more launches — but in the context of the brand. We won’t just be chucking things out there.”

As to whether a much-rumored Gucci color cosmetics line could be part of forthcoming rollouts, Louvet underlined its current focus for the brand is fragrances and building them worldwide. “The success of Guilty for Her makes us feel very good about this brand and its long-term beauty potential.”

According to Feola, the women’s version of Guilty — set to reinforce the younger pillar of the Gucci stable, alongside Flora — is on track to surpass industry expectations of topping $200 million in first-year retail sales, after a positive rollout that kicked off last July.

According to Feola, its catchy rollout bolstered company confidence in reaching this new social-networking target through digital means.

“These new consumers are not specific to any market. They’re more cosmopolitan, and it’s more about growing the category as a whole rather than looking at individual markets,” he said. “We’ll continue to leverage this type of marketing for the rollout of Guilty for Him. That said, we’re not just interested in a bombastic first year and then moving on to the next thing. Our strategy is to sustain our big initiatives so they become the classics of tomorrow. We have a sustainable plan and a detailed vision of the next 24 months on a quarter-by-quarter basis,” he said.

Louvet said tapping into the heritage of the brand is key to the successes of the Gucci scents.
“Step-by-step, we’re translating each chapter of the brand into a fragrance proposition,” referring to Flora as an example that encompasses designs from a printed scarf Guccio Gucci developed for the actress Grace Kelly, and olfactory notes based on its botanical prints.

A spokeswoman said in response to people stealing the iconic horse-bit decoration from the Gucci by Gucci bottle, P&G had to develop a new ultrasonic welding technique to ensure it remained attached to the bottles.

In describing the brand’s global appeal, Louvet said, “We were recently in China, and Gucci’s performance there is amazing. Wherever you go with this brand, it really resonates and connects with consumers. We think it [will] win long term in the beauty sector. We have ambitious goals for this business.”

Shrewd marketing, a generous dose of sex and plenty of pleasure are the foundation of Gucci’s formidable scent empire, with estimated retail sales of $500 million to $600 million.

Creative director Frida Giannini has used her own variations on the themes since she took sole creative control in 2006, boosting the luxury label’s multifaceted beauty image.

Gucci first appeared on the fragrance scene in 1975, but the company started making waves in the category in 1997, when, under Tom Ford’s tenure, the women’s scent Gucci Envy, made by Cosmopolitan, bowed. Its slick packaging and suggestive name heralded a new era for the scent portfolio, followed in 1999 by Gucci Rush, which captured Ford’s audacious aesthetics with a heady scent, scarlet box and tantalizing ads featuring models in the throes of ecstasy. A flanker, Gucci Rush 2, followed two years later, and in 2002, a male version, dubbed Gucci Rush for Men, hit the market.

As with the Gucci fashion image, and running parallel to the brand’s conspicuously sexy DNA, Giannini has injected a sense of heritage into fragrance flacons and inspirations.

Gucci by Gucci was Giannini’s first women’s fragrance. Launched in 2007, it displayed her affinity for olfactory notes usually reserved for men’s scents. In a design flourish that would pave the way for future launches, its faceted brown bottle features classic Gucci motifs.

Under Giannini, Gucci’s ramped-up scent portfolio has taken on a cinematic guise, as Hollywood stars including James Franco, Chris Evans and Rachel Evan Wood were tapped to front the house’s scents and offbeat directors Frank Miller and David Lynch shot its TV campaigns. Giannini surprised with her choice of Lynch to direct Gucci by Gucci’s buzzy advertising, which featured a trio of dancing girls. It marked the first time Gucci advertised one of its fragrances on TV.

A male counterpart, Gucci by Gucci Pour Homme, followed in 2008. It was packaged in a smoked glass bottle and silver cap crowned with Gucci’s iconic horse bit, and was fronted by Franco. A sporty spin on the juice, Gucci by Gucci Sport Pour Homme, was unveiled in February 2010.

Catering to a younger customer, Flora hit the market in 2009 and instantly drove sales with its lighter, feminine scent. Its TV ad, shot by Chris Cunningham, featured the model Abbey Lee Kershaw and was set to the tune of Donna Summer’s “I Feel Love.”

Last September, the house’s latest blockbuster, the glitzy gold Gucci Guilty for Her, landed on shelves, reinforcing the brand’s younger pillar, promoted via a 3-D mini film directed by Miller and starring Wood. A male counterpart fronted by Evans is slated to launch in March.