By Faye Brookman and Andrea Nagel on April 24, 2009
View Slideshow 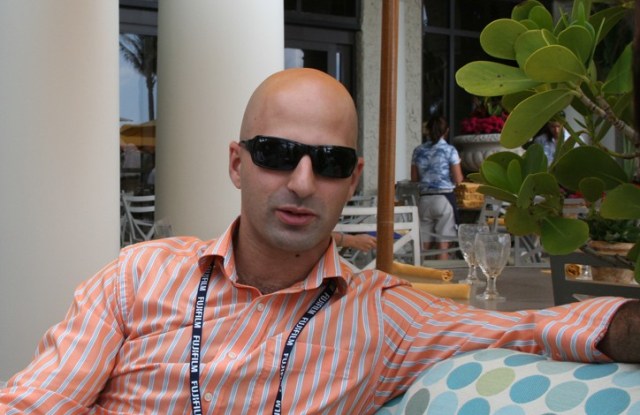 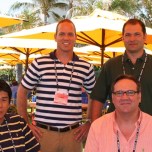 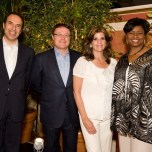 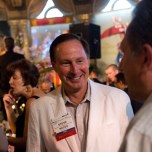 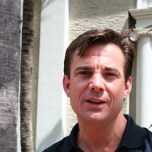 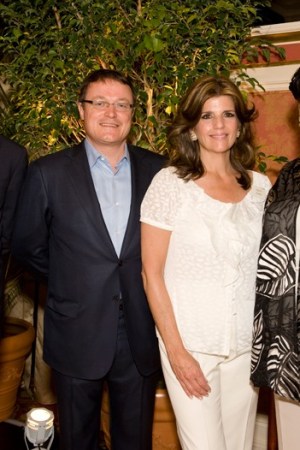 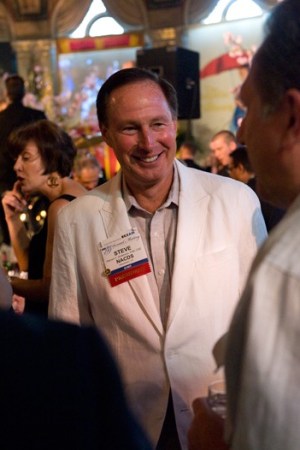 But the challenges seemed to pull some of the 2,000-plus attendees together during meetings at The Breakers Hotel here, where they said the sessions were surprisingly optimistic, with a shared willingness to work toward a common goal — even with some financial arm wrestling.

This story first appeared in the April 24, 2009 issue of WWD. Subscribe Today.

“There is a positive attitude in a down economy,” said Ido Leffler, chief executive officer of Yes To Ltd., a first-timer to Annual.

Andy Giancamilli, chief executive officer of Snyders Drug Stores, North America, pointed to masstige items as having proved to be an “excellent value” during hard times and that products with a “feel-good price are doing well.” Giancamilli, however, predicted easier financial times are at least five to six years away.

“It becomes a psychological mind-set, the way the consumer shops to save,” he said, explaining that frugal shopping behaviors take some time to shake.

Giancamilli, who took on the role of NACDS chairman in December, said the mind-set also affects daily life. For example, he’s taken to only driving his SUV, eschewing his fancy sports car, because he feels embarrassed to do so.

And shopping in ritzy areas, such as Palm Beach’s Worth Avenue, is considered a “no-no,” said Palm Beach resident Sherry Heller, wife of Gerald Heller, former chairman of May’s Drug.

But the beauty firms who gathered here from April 18 to April 21 said they are well positioned for the crippled economy — for as long as it lasts.

Business is up in some channels, for example, such as in dollar stores. Mike Botterman and Eric Schiffer of 99 Cents Only Stores said beauty manufacturers are helping fuel sales, as more want to develop items specifically for their stores, namely special sizes.

Markwins International Corp., which recently announced Bill George had rejoined the firm after a several-year hiatus from beauty, said the consumer hit hardest by the economy is the shopper bringing home an annual household income of $50,000 or below.

“If value is king, we should continue to reign,” said George, who said his firm is well positioned for these times with capital for in-store demos, coupons and samples. “We’re not rolling in dough, but we have a healthy balance sheet,” George said.

At Physicians Formula, meetings with retailers touched on destocking, which is said to be affecting everyone.

“It hurts consumption,” said Ingrid Jackel, chief executive officer of Physicians Formula Holdings Inc., adding that some retailers are “maybe only stocking their top 1,000 stores with sku’s. What about the others?”

But even in the gloomy climate, Jackel said retailers were eager to hear about new items.

“Our 2010 is very exciting. We have new franchises within natural and mineral and some excitement in color. We’re expanding in new directions. We need to stimulate shoppers,” she said.

The meeting itself had some innovations of its own, such as a Male Zone grooming area by Procter & Gamble Co., where men could be pampered with Gillette products much like women have been able to do from P&G and Sally Hansen beauty brands over the years. It was also the second year for the Meet the Retailer segment, where manufacturers could meet one-on-one to learn more about the merchants attending.

Several newcomers lent a bright spot to Annual with first-time manufacturers attending such as Advanced Beauty Systems, Burt’s Bees and Yes To.

But reminders of the economy were everywhere — extremely evident in post-Madoff Palm Beach — such as fewer lunches, scaled-back parties and a lack of spouses. L’Oréal even helped lighten the trip home by sending its legendary goody bags from its party directly to offices.

Stephen C. Anderson, NACDS president and ceo, compared the current economic crisis to that faced by the industry 70 years ago at the very same annual gathering.

“Looking back to 1939, the economic waves had battered industries, and the nation. The armaments of political adversaries jeopardized progress and, in some cases, survival. And, through wisdom…instinct…or simple hope, the leaders of the day believed that their ability to work together would have some bearing on their ability to thrive,” he said at the conference’s opening business program. He believes that can hold true for the industry today in 2009.

Destocking was one of the main topics discussed at Annual, as manufacturers cautioned retailers that buying too little could lead to losing customers. Some chains have squeezed back from keeping 12 weeks of inventory on hand to as little as seven days’ worth.

“If shoppers find a product is out of stock, they go to another store,” explained Wendy Liebmann, founder and president of WSL Strategic Retail. “But in this moment in time retailers need to find cash, so [they] are cutting sku’s. And if [they] don’t know what sells there, will be out of stocks. The good ones can cut back regionally to help cash flow.”

Although many larger companies didn’t blink at the thought of sku optimization — most retailers will keep the top three performers as well as a private label option — smaller companies pleaded their case to remain in the mix to maintain variety. Manufacturers said some chains were starting the slice from the bottom of the pile, a move that could make all stores look too much alike, they reasoned.

“Sku optimization does make shopping easier, but you really have to watch what you cut, and make sure it is the right move for your shoppers. Sometimes you don’t need to cut throughout the entire chain,” said one source.

Yes To is a perfect example of an expanding company that adds a competitive edge to a chain’s offering. Now sold in 29 countries and more than 25,000 doors, Yes To’s main entrée in America was via Walgreens. The line, which is mostly comprised of Yes To Carrots, but now has cucumber and tomato extensions, has extended its reach to Ulta, Target, Safeway, Duane Reade, Kerr, Meijer and Bartell. According to Leffler, close correspondence with customers has resulted in new lip items.

McClain, president of Advanced Beauty Systems, said issues such as destocking and sku optimization are “cyclic.” When retailers need to react to economic tough times they cut inventory, and when they need to boost profits they look for innovation, he explained. “I am here because people are hearing about our Bodycology and they are ‘getting it.’ ”

Although not happy about the economy, some firms believe the value positioning of mass brands bodes well for this market. Shawn Haynes, senior vice president, marketing, global brand development for Markwins International, said seasonal for 2009 is looking very promising and that a new launch called Intuitive Blend that adjusts to skin tones is expected to be a huge hit. Black Radiance will also get a fresh look in new planograms.

Men’s is still a great growth opportunity. Beiersdorf plans to keep men coming into mass doors with items such as Active 3, a shampoo, shower and shave wash all in one item. The company also unveiled two new body washes.

“We are investing in key categories,” promised Nicolas Maurer, vice president of marketing for Beiersdorf.

Male Zone, the pop-up shop atop The Breakers Hotel, catered to men with all of P&G’s grooming brands, including a mini-salon where shaves and dry cuts took place using Gillette’s shave products and razors as well as its new hair care and styling line. Massages were held in the Body Station on the other side of the shop, which was outfitted with plasma TVs, snacks, beverages and, of course, Old Spice and Gillette deodorant, body sprays and body washes.

“There are a lot of discussions about men’s grooming sections as they become more relevant,” said Anne Westbrook, male grooming external relations for P&G, who added P&G data found that 70 percent of men claim to do some level of household shopping. The opening night of Male Zone was also attended by Kate Johnson, P&G’s director of beauty and grooming.

Fragrances were somewhat surprisingly a positive category at the meeting. Despite years of descending sales, mass merchants think they’ve hit upon the right mix and ambience. Coty Inc. has helped retailers open up glass cases, and Elizabeth Arden Inc. continues to bring premium scents to mass in merchandisers such as clamshells. Both companies are bringing testers to the mass market environment, a move that has added a whiff of success to sales.

Burt’s Bees plans to put a buzz in the acne market with a new line of acne remedies that the company hopes will continue to build Burt’s Bees devotees. Executives said the line continues to benefit from loyal shoppers, expanding natural sets and new users who enter via gifting, the baby line or word of mouth. And discounting, said John Replogle, president and ceo of Burt’s Bees, is still not an option.

New advertising vehicles are also impacting the mass world, according to those at NACDS. Yes To has built an astounding following on social media such as Facebook and Twitter. Others agree that shifting some dollars into digital is the wave of the future. More and more brands are getting Facebook pages or are being followed on Twitter. Enticing consumers with digital outreach is one of Physicians Formulas hottest ongoing consumer initiatives, which have been brought to life by online marketing firm Brickfish.

“It is the next generation of media spending,” said Jackel.

Man on the Street

WWD asked beauty and retail executives what category will signal an end to the recession once the industry sees an uptick in sales. Here’s what they said: