Harrods is bolstering its beauty business in a dramatic way over the next 12 months. 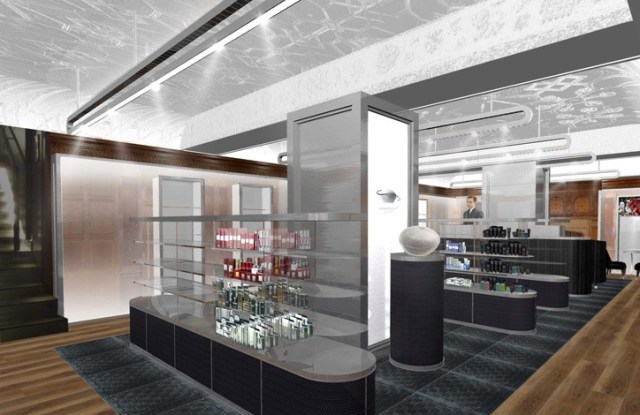 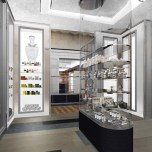 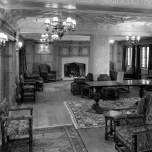 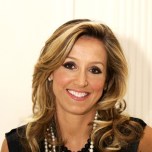 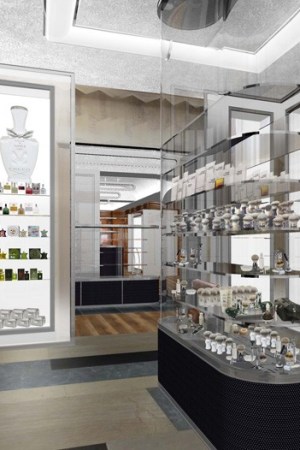 A rendering of the new Harrods Gentlemen’s Lounge. 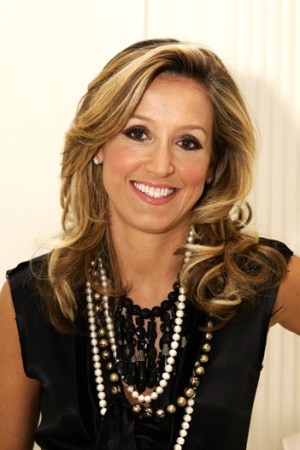 LONDON — Harrods wants to be on top of the global beauty heap.

The department store is bolstering its beauty business in a dramatic way over the next 12 months, with plans to open a color-cosmetics hall, a men’s grooming area and a revamped Apothecary space.

The store’s beauty offer, which, according to industry sources, generates annual sales approaching 100 million pounds, or $159.7 million at current exchange, is already thriving. Upcoming projects, according to Harrods executives, will shore up that performance even further.

“Each one of these initiatives is about enhancing our credibility and being the best in class,” said Annalise Quest, the store’s general merchandise manager, beauty. “We’d like to be one of the biggest beauty doors in the world, if not the biggest. How we feel we’re going to do that is with new concepts and new initiatives all enhancing credibility, so becoming what is seen to be the expert in beauty.”

“When we look at where our business is going, it has always been about seeking exclusives and seeking a point of difference and seeking the wow factor. Seeing the beauty department as a worldwide expert in beauty, seeing the fashion department as a worldwide expert in fashion,” added Marigay McKee, Harrods’ director, fashion and beauty. “I think the direction has always been a quest for luxury, it’s now a quest for luxury but at every level raising the bar.”

A revamped men’s grooming area will be the first project to come to fruition in October. Dubbed The Gentlemen’s Lounge, the 1,216-square-foot space will be located next to the newly revamped men’s wear floor in the store’s basement. Stocking fragrances and grooming products, the area will also boast a bar, a big-screen television and a barbershop by The Refinery men’s brand. Skin consultations will be on offer, too.

“The idea is you’ll come to Harrods, you’ll arrange to maybe meet your friend in The Gentlemen’s Lounge. You’ll pop down and have a drink and maybe a bite to eat,” said Quest. “Potentially, your partner, wife or girlfriend will have left you and gone off shopping, and that’s somewhere you can hide away and have a very relaxed time, watch the latest game on the big screen, have a manicure while you have a drink.”

Taking over a space occupied by The Green Man Pub, the Lounge’s opening has a back-to-the-future element.

“We looked back at archive images of the space,” Quest said. “It was called The Gentlemen’s Lounge in 1929. It was where men would go have a drink, smoke, meet up, chat and read their newspaper, and it was a haven for men — or a man crèche.”

She added the heritage of the area will be preserved since it is in one of the most listed parts of the Harrods building. However, the ornate ceiling and oak-paneled walls will be juxtaposed with modern touches, including opaque glass fixtures and innovative shop fittings.

“It’s very much an eclectic mix between traditional heritage and a modern touch,” she said.

Aqua di Parma, Lab Series and Czech & Speake will have small shop-in-shops, while brands stocked in the space will include Biotherm Homme, The Different Company, MLab, Nubo, Slendertone and Alford & Hoff.

Hard hats will also be de rigueur in 2011, since the niche-driven Apothecary will be moved from its current location toward the front of the store to another space on the ground floor in July.

“The offer will remain very similar, but all of a sudden it will take on a new life because the fixtures, fittings and aesthetic will be very luxury but very cool, very simple but very, very approachable and shoppable,” said Quest. “This will enable us to really focus the customer on what that offer is and show them what’s new and exciting about beauty.”

Brands carried in the Apothecary include niche players, such as Nubo, Occo, Creed, Perricone MD and ReVive.

“[The offer is] quite often very solution specific or very much about well-being and provenance,” said Quest, citing Bliss’ Triple Oxygen Mask and Rodial’s Tummy Tuck as examples. The Apothecary will continue to carry some products with ultrahigh price points.

“It’s not about price points — it’s more of an unusual niche, probably less marketed offer,” said Quest. “It is what are customers are looking for.”

Counters by brands such as Origins, Aveda, Molton Brown, Kiehl’s and Aqua di Parma will line the 4,917-square-foot space’s perimeter, while a generic space in the center of the room will stock skin care, hair care and accessories.

The Apothecary will link into a new 4,456-square-foot “color emporium,” which will be unveiled in the second half of 2011 in what is currently the store’s Lifestyle Beauty hall.

“It’s a very exciting opportunity to really establish ourselves in the color category in a much stronger way,” said Quest.

“We see the success of our White Hall, which has been phenomenal. That’s really about iconic, classic, must-have beauty brands, from Sisley, Crème de la Mer, Estée Lauder, Clarins, Dior and Chanel. The Black Hall has been established as a temple of fragrance — it really has the most incredible fragrance offer across a wide range of fragrances, some very exclusive and some more widely available,” said Quest. “Now we want to replicate that in the beauty Apothecary and with color.”

Retail theater will be a key focus for the color space. A program is in place to draw international makeup artists to the store for product demonstrations.

“[We’re] bringing life and entertainment and education to the customer. They really buy into that,” said Quest.

Brands taking up residence in the color emporium will include Giorgio Armani, Shu Uemura and MAC Cosmetics.

McKee also noted the store is looking into offering yoga, personal fitness and wellness services. “It’s more than having the latest launch,” she said. “It’s about what the customer is moving into.”

She cited the recent introduction of Soulmate Food, a food-delivery service aimed at people watching their diets, which is available via the store’s Urban Retreat. The service, which weighs in at 300 pounds, or $478, a week, had 36 subscribers immediately after its launch, McKee said.

“For us it’s not just about having the latest beauty products,” she added. “It’s about how can we make our customers feel better and how can we help them to achieve their goals on the inside and on the outside.”

Key consumer trends are also top of mind for the store.

“What we’re seeing is a huge trend toward premium, which really for us has been ongoing over the last six or seven years,” said McKee, adding fragrances with 150 pound to 200 pound, or $239 to $319, price tags are a driving force in scents. “There’s a desire for luxe and a quest for the exclusive and one-off pieces.”

Fragrance collections — as offered by brands such as Van Cleef & Arpels, Cartier, Givenchy, Jo Malone, Tom Ford and Guerlain — are also very strong performers, and many shoppers buy several scents within the same collection rather than just one.

“Wardrobing is key,” Quest said, adding the store’s customers are wearing several different fragrances a day in order to complement their changing moods and environments.

And price, it seems, is a secondary concern.

“I don’t think there’s a price barrier. I think it’s more about the value barrier,” McKee said. “If people are getting great value, they are willing to make the investment.”