In one day, a store in Asia sold 33,000 Gucci lipsticks, according to Coty executives.

Gucci sold more than 1 million lipsticks in the first month since the Alessandro Michele-designed line dropped in May. 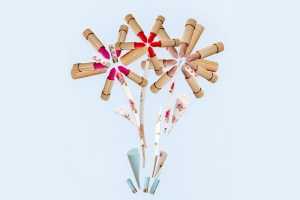 Coty has held the Gucci beauty license since it bought it from P&G in 2016, and executives unveiled the Gucci numbers at the Barclays Global Consumer Staples Conference on Tuesday.

Gucci’s lipstick launch was Michele’s first foray into the brand’s makeup products; he’d previously spent time working on the fragrance division, which has seen success with the launch of Gucci Bloom, as well as revamp of Flora and Gucci Guilty relaunch.

For Coty, the success of Gucci provides a roadmap for some of the other luxury brands in its portfolio, like Burberry and Hugo Boss, executives said.

“The launch of Gucci lipstick has been a very, very powerful success,” said Coty chief executive officer Pierre Laubies. “In one store in Asia, in one day, we sold 33,000 lipsticks. I couldn’t believe this could happen, but this is reality, and more than 1 million lipsticks have been sold over the first month. We have on that business very, very strong momentum, selling 55 percent of this business online, and we do know that lipstick is the first step.” 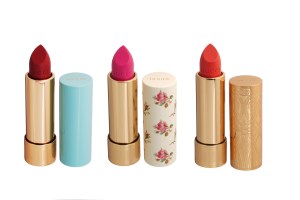 Other revamped Gucci makeup products are coming, Laubies noted. “We will continue to expand in other partitions of the cosmetics market with that brand,” he said.

And the strategy is something Coty intends to explore for other brands in the Luxury division, he added. “We clearly have other brands which can have the same journey, we’re talking of Burberry, for instance, going forward,” Laubies said.

Coty’s Luxury and Professional segments have performed well since the company bought 41 beauty brands from P&G in 2016, but the Consumer division, which houses Cover Girl and Rimmel, has not.

Since joining the business in late 2018, Laubies and chief financial officer Pierre-André Terrise have devised a plan to turn the business around that includes cost-cutting, simplification and deleveraging. It also includes portfolio reevaluation — Coty has already said it will sell its 60 percent stake in Younique, a direct-selling business bought when Camillo Pane was ceo of Coty, and industry sources said the company is planning other divestitures, as well.