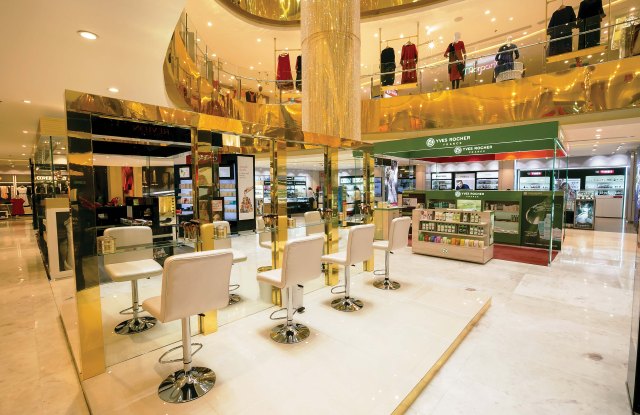 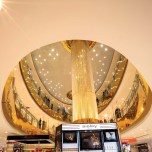 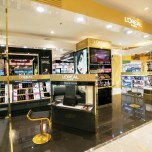 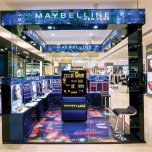 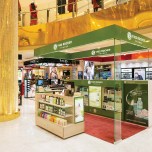 The Future Group, India’s biggest retailer in terms of square footage, recently opened its newest Central store, a 100,000-square-foot emporium that brings a new level of luxury to the New Delhi department store scene. The beauty department, in particular, has been given a makeover, with strong in-store positioning, luxe fixtures and a wide array of brands.

This story first appeared in the December 9, 2016 issue of WWD. Subscribe Today.

While there are 33 Central stores across India, the new store in the World Mark 3 building near the New Delhi international airport is by far the most premium, focused on enhancing the shopping experience. “This is an attempt to bring experiences to the customers that they don’t even know they want yet,” says Kishore Biyani, chief executive officer of Future Group. “It’s all about taking things to the next generation.”

Beauty measures about 3,000 square feet, significantly larger than in previous Central stores. “There is significant shift in terms of the presentation, visual merchandising and the appeal of beauty brands in the newer counters and this is in line with the high definition presentations that Central has embarked upon,” says Rajkumar Pinisetti, chief merchandising officer.

Central’s emphasis on beauty seems like a smart bet. As retail markets have grown consistently—India’s retail scene is estimated to be a $600 billion industry in 2015— beauty has been a big winner, with growth in high-double digits over the last 10 years. Euromonitor International reports India’s beauty turnover reached $11.5 billion in 2015. While growth has slowed over the last couple of years, a recent report from A.T. Kearney says India’s retail market is expected to expand and reach a market cap of $1.3 trillion by 2020. “India is the world’s fastest-growing major developing market and GDP is expected to grow at 8 per cent over the next three years,” the report noted.

Driving that growth is a rapidly changing sociocultural scene, fueled by an emerging middle class. With fast-increasing disposable incomes, more women joining the work force and a clutch of global brands launching in India, beauty continues to attract multinational expansion. Sephora has brought in a large selection of brands, and Indian brands, too, have grown the stand-alone format as well as increased their presence in department stores. There has also been a shift in consumer buying habits, with color cosmetics supplanting fragrance as the largest category in India, followed by skin care.

Looking to this changing consumer, Central’s new beauty is delineated by product category, divided into “neat, bright sections of color, fragrances, skin care, makeup and hair care. If you are a beauty junkie, it’s a great way to map the layout in your head for when you want to visit again,” says Pinisetti.

Central is also evolving its brand lineup in response to the market’s increasing sophistication. “Beauty markets have changed dramatically in the last few years and more and more brands are entering India,” Pinisetti says. “Central has a waiting list of brands wanting to collaborate, including international brands,” he continues, describing the store’s array as “offering a wide range of products that blend street savvy with glamorous style and panache.”

To that end, there are 12 full-line mastige brands in the store—including L’Oréal Paris, Revlon, Chambor, Yves Rocher and Deborah, among others. The Canadian brand Faces cosmetics has been reintroduced to the store, as well. Each offers a premium segment, which Pinisetti says reflects consumers’ move towards more upscale offerings.

Elizabeth Arden, Sisley and Clarins—all new to Central—are among the prestige brands on offer, and there are more than 40 fragrance lines on offer, including Hugo Boss, Bulgari, Giorgio Armani, Ferragamo, Calvin Klein, Diesel and Versace.

While beauty sales contribute to 2 percent of sales at the moment, Pinisetti says that the target is to quickly increase that to 5 to 6 percent. “We are putting our weight behind beauty as a category now,” he says, noting six more Central stores are expected to open in the company’s current fiscal year ending March 31. “We see it as the next big opportunity in terms of the store, and as the fastest-growing category at the moment.”