Elcie Cosmetics is gearing up for the launch of 10 products this year. 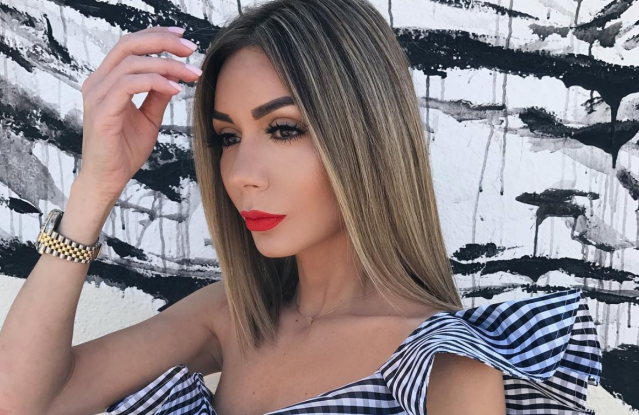 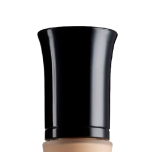 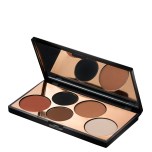 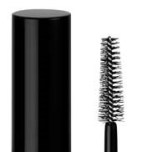 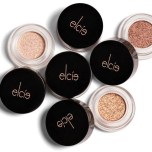 Lilit Caradanian officially “retired” as a makeup artist after 15 years last November to focus on her burgeoning cosmetics brand, Elcie Cosmetics — much to the disappointment of her 1.1 million Instagram followers.

Caradanian’s line, which she founded three years ago with the introduction of a single product — a foundation that comes in 12 shades — has since expanded to a range of 10 products (and 38 stockkeeping units). The 33-year-old has an aggressive launch calendar in place for the remainder of the year, she told WWD in an interview last week, including the rollout of 10 additional products.

“It was really hard to balance because my brand is growing so quickly — even missing a day of work for the brand is missing a lot. I also have a baby now and she’s a toddler. I had to narrow down my responsibilities,” Caradanian explained, adding that “I let that go because with clients, they book me so far in advance — six months to a year out — and it’s hard for me to commit to a date six months away [with the responsibilities of brand].”

She also started her own makeup school four years ago in Sherman Oaks, Calif., where she owns a salon that rents out space to hair and makeup stylists. There is a classroom in the salon that serves as Caradanian’s teaching space, and along with Elcie Cosmetics, these are a couple areas of business she plans to focus on.

For those who haven’t heard of Caradanian or Elcie Cosmetics, her line is most known for its best-selling Micro Silque Foundation — which was sold out for over a year before a restock finally hit elciecosmetics.com last month. In addition to not being able to keep up with demand for the $45 formula — following its launch in 2015, twice as many units were produced for a second run and three times that were produced for the batch that hit elciecosmetics.com in December — a snafu with her lab kept fans waiting even longer for their foundation fix.

Caradanian didn’t elaborate but said she had to go to four other labs to try and re-create the first formula because she was unwilling to ” bring back something that was not exactly what I had initially created.” She admitted that achieving the “perfect formulation” took longer than expected, but maintained that the vitamin A, C and E-rich formula, infused with green tea extract and just one oil — safflower — to ensure makeup goes on smoothly and blends well, was worth the wait.

The perfect foundation, or lack thereof, was actually the impetus for starting her own brand. As a makeup artist, Caradanian often found herself toting around six different kinds of foundation (in numbers of shades) to get the right match for clients.

“I had to figure out what kind of skin they had in order to pick the right foundation…and consumers are confused the same way. Some were using luminous foundation if they were oily or long-wear foundation, generally meaning matte, if they were dry, or using full coverage when they have great skin,” she explained, noting that determining the right undertone could also become challenging. “[Clients] used what their friend is using or what Kim [Kardashian] is using. They don’t really know. I realized there was one thing missing — a universal foundation for skin types.”

But what does “universal” foundation mean?

According to Caradanian, it means a formula with a satin skin finish that gives the appearance of not having any makeup on. It doesn’t make the complexion look matte or shiny — she called it “the perfect balance of the two” — and maintained that each shade has the right undertone.

“The way I created it, I learned that besides the skin type, a lot of women who are lighter don’t necessarily want pink foundation — and the majority of the light foundations are pink. For darker shades the struggle is [typically] not wanting an ashy or red foundation,” she pointed out. “For the lighter category, undertones are very neutral, for the medium category it starts to get a little more olive, the tan category gets warmer and the darker category is very golden. So if you find the shade that’s right for you then your undertone is going to be the right one.”

Caradanian acknowledged that even though some newer brands are generating buzz because they launch with ranges of 40 to 50 shades of foundation, the volume of choice can make finding a customer’s match even more difficult.

“They are still struggling. To be honest I couldn’t find it [my shade] myself with another brand. Consumers don’t know if they’re cool or warm and it gets complicated,” she said.

Next up for Elcie Cosmetics is a concealer in seven shades that is slated to hit the site in March. And because she likes to keep skin care in mind while developing her makeup, the product is packaged in a tube with a metal tip that’s normally used for an eye cream. In addition to brightening up the area under the eyes, the application is cooling and de-puffing. Also on the docket is a follow-up to the first brown-based The Minimalist Eyeshadow Palette, $45, in a mauve series, followed by new shades of her Jewels creamy pigment pots, $22.

Last week Caradanian launched mascara, and in December she rolled out three new products for the holiday season: a collection of brushes, travel bags containing her three product skin series and the Jewels. She also relaunched an eye mask.

Caradanian said revenues have doubled every year since inception and expects retail sales in 2018 to triple year-over-year because of the introduction of a new product almost every month. She declined to gives sales projections but an industry source said the line can do as much as $2 million to $3 million in retail sales this year. Currently, Elcie Cosmetics remains a domestic direct-to-consumer business (with the exception of one retail partner, Naimie’s Beauty Center in Valley Village, Calif., where Caradanian used to work) but Caradanian is ready to test the brand globally. Since elciecosmetics.com only ships domestically, she has partnered with U.K.-based e-tailer Beauty Bay, which will begin to stock the line at the end of this month.