De Maid represents a new wave of Gen Z influencers who are more gender-fluid and beauty-savvy than ever.

It’s not often that a parent encourages her child to join social media, but for Reuben de Maid, a little prompt from his mother went a long way.

De Maid is one of Gen Z’s most unconventional beauty influencers, counting 319,000 Instagram followers and 225,000 subscribers on his YouTube channel. The 14-year-old has been on social media for six years — he joined Instagram shortly after his mother discovered the app — and began to amass a substantial following after appearing on “The Ellen Show” and “Little Big Shots.” Now, he has a show of his own in the works, as well as a brand ambassadorship with U.K. makeup brand W7 Cosmetics. 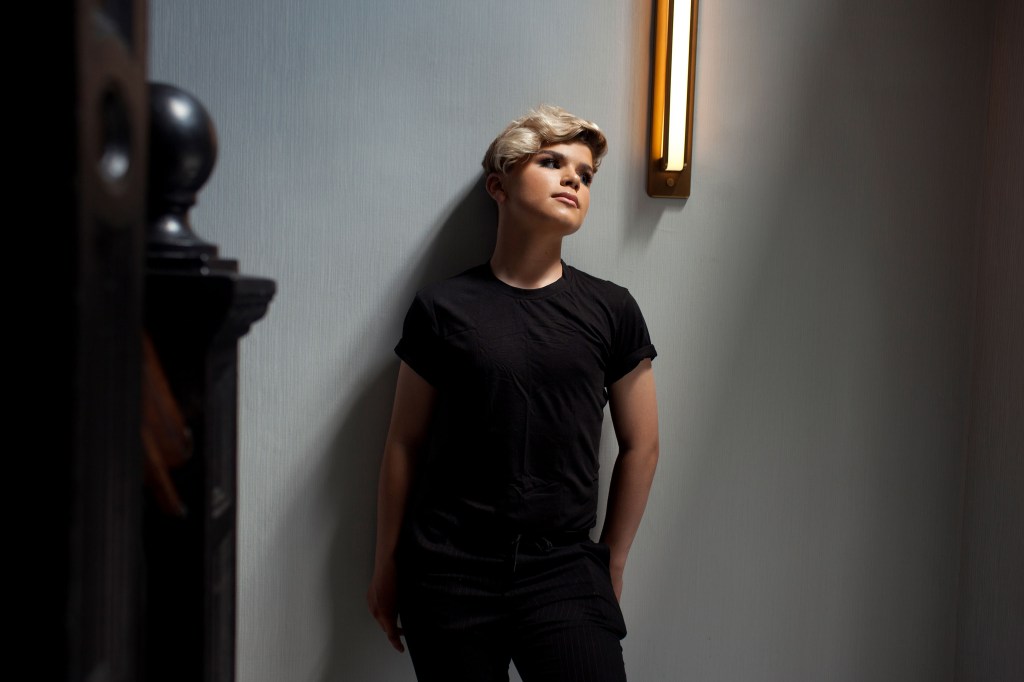 With W7, de Maid will create a line of false eyelashes that will be his first product collaboration.

“I’m thankful W7 let me work on this rather than making me slap my name on something,” he said. “It’s a wide range and variety of lashes: natural, daytime to really dramatic nighttime glam. There’s something for everyone there.”

De Maid learned the ins and outs of beauty in true Gen Z fashion: By watching YouTube videos. A fan of DIY, he stumbled across a DIY foundation video and proceeded to make his own mix using his mother’s bronzer and moisturizer.

“[I thought] it would be this newfound, amazing, God-sent product,” he said. “It didn’t work, but I tried.”

He became “attached” to the personalities of successful YouTubers such as Jeffree Star, Patrick Starrr and NikkieTutorials, and pursued a channel of his own. Despite growing up in a “conservative area” — Cardiff, Wales — he didn’t encounter backlash to his burgeoning beauty career.

De Maid represents a wave of Gen Z beauty influencers who are more diverse, gender-fluid and beauty-savvy than ever. Members of Gen Z are digital natives and have an inherent understanding of technology — especially social media, which for them, is often identity-driven. And there’s great opportunity for brands, too. WWD previously reported that this generation accounts for about $140 billion in direct spending.

Balancing social media with school, brand opportunities and normal 14-year-old antics is “stressful,” said de Maid, adding, “I hate having nothing to do.” He films and edits all of his own content; it typically takes him one to three hours to film and another two to three hours to edit.

Asked how many hours he spends online a day, de Maid said, “Honestly, my screen time is depressing. Online isn’t a bad thing ‘cause you get to talk to people. Most of the time, I’m messaging people on Instagram. It’s a really fun way to connect with people rather than watching people post.”

He is filming a reality show, “Being Reuben,” that will make its debut on Quest Red later this year. Television is an area he’s actively pursuing — it has worked out for him thus far — though he’s unsure he’ll follow the expected beauty influencer route of launching his own makeup line. Even at 14 years old, he, too, is aware of the overly saturated market.

“Everyone has a makeup brand these days,” he said. “It’s hard to find something different because every day, someone’s coming out with a beauty brand, which is great, but it’s going to be hard for anyone who wants to make their own, too.”

In the meantime, he’s focused on growing his following and creating quality content. His Instagram followers are mostly female — 85 percent — aged 18-24 and based in the U.S. and U.K. He encourages them to “be whoever they want to be.”

“You can be yourself, you can do whatever you want to do, you can wear makeup if you’re a boy or a man or anyone and it’s OK,” he said. “You can be diverse. That’s what makes diversity happen and diversity’s great. That’s what W7 want people to take away from the campaign and their brand in general. They’re so supportive of male influencers and they really want to break these boundaries and make sure everyone gets the equality that they deserve.”

Get Ready for Another Youthquake: A New Generation Comes of Age