As in years past, the fair has offered a cross-section of innovative brands, each with a specific story to tell.

By Jennifer Weil and Cynthia Martens on April 18, 2014
View Slideshow 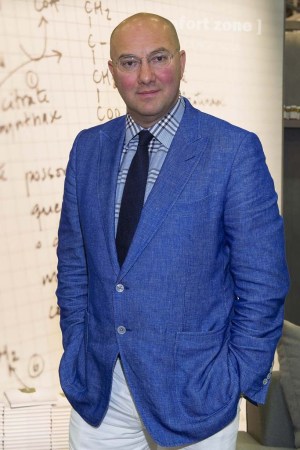 BOLOGNA, Italy — As in years past, Cosmoprof has offered a cross-section of innovative brands, each with a specific story to tell.

Here is a sampling from the current fair.

This year, Davines and Comfort Zone founder and president Davide Bollati has one goal: “to keep up the momentum of the group,” which saw a 14 percent increase in turnover last year, hitting 70 million euros, or about $97 million at current exchange.

Top markets for the Davines hair-care line include the U.S., Italy, France, Canada and the U.K., and key markets for the Comfort Zone skin-care brand are Italy, the U.K., Russia and China. Bollati said he was more focused on boosting business in areas where the brands were already present than in scouting out new territory for expansion, although he expressed interest in Vietnam and Chile for Davines.

Comfort Zone has been building up its body range, following the success of its Skin Regimen face products, and is rolling out a new anticellulite line. “In Italy, it’s a top product category,” noted Bollati.

Anisa International founder and president Anisa Telwar said she had returned to Cosmoprof after many years for “innovation and inspiration.”

“It’s worth it to be here,” she said. “Cosmoprof is valuable, you get to experience many countries.”

The Atlanta-based entrepreneur was showing an assortment of new brushes shaped for the natural motions of users on cheeks, eyes and lips: the Complexion, Glider and Contour collections. She also spoke of developing more synthetic fiber brushes, which have the properties of natural hair but pick up powder better. “People are not yet used to the synthetic fiber feel, but we want to change that,” Telwar said.

Outside the brush category, her company is creating new DIY nail tools — such as a “landing pad” people can use to rest their fingers on while applying nail polish — and other beauty accessories, like a latex-free, hydrophilic foam back sponge that works well on sensitive skin.

At the fair for the second time, Junaid Perfumes, a mid- to- premium-tier perfume and fragrant oil brand founded in the Kingdom of Bahrain in 1910, was on the lookout for distributors and franchise partners in the European Union and Southeast Asia.

Prices for Junaid Perfume items range from 25 euros, or about $34.60, to 250 euros, or $346, depending on the product category: The company offers fragrances in spray, oil, gel and solid form.

While China is not typically a top market for the industry, Junaid Perfumes “will soon export a small amount to northern China,” where there is a significant Muslim population appreciative of fragrances, Shah said.

L’Erbolario, a natural Italian beauty maker, was showcasing two lines that are due out at the end of May. One is a collection for babies, whose packaging has been reworked and its product formulation updated to include completely natural and vegetal oils, according to Daniela Villa, cofounder and technical director of the company.

Also to be launched is a fragranced bath line with a fresh scent and products made with chamomile and daisies.

L’Erbolario’s portfolio is made of approximately 600 stockkeeping units, and each year the company introduces about 40 new products. Fragranced bath lines and facial skin-care products make up the firm’s core business.

Its products, which include oils, toiletries, scrubs and foot care, are sold mainly in spa salons. The items include some historically Thai ingredients, such as green lime, ginger and lemongrass.

“We try to mix some signature Thai ingredients to differentiate,” said Ng.

Certain items, like the essential oils and the massage oils, are 100 percent natural.

The company’s activity includes a private-label business, as well. All of the products from the firm have been registered in the EU since the beginning of 2013.

“This is a very big step for us,” said Ng, who added his company was at the fair to find European distributors, especially in Italy, France and Eastern Europe.

The Instituto Certificazione Etica e Ambientale was at Cosmoprof to “inform people from the conventional market,” said Rosalinda Nardi, an EcoBioCosmetics inspection technician at the organic certification organization. “We are here to meet people from new countries like Korea.”

She added markets such as Brazil and Turkey were also of particular interest.

“They could not be here for a particular reason,” she said, explaining the people who make the label’s skin-care products are in a women’s prison outside Venice. On a small plot of land there, they grow certified organic plants, such as rosemary and thyme, that are used in the cosmetics.

“We tried to [get them here], but in the end we were not successful,” explained Nardi.

ICEA’s central office is based in Bologna.