The investment group, owned by the Pesenti family, has secured a minority stake in the historic cosmetics company for 40 million euros, “with the possibility of subsequently increasing its shareholding,” according to a statement released on Thursday.

The deal aims to support the further development of the Florence-based beauty label internationally by expanding its distribution network and enhancing the brand awareness, banking on the ever-increasing demand of cosmetics and personal care products worldwide.

“Officina Profumo Farmaceutica di Santa Maria Novella is a brand that is unique anywhere in the world,” said Italmobiliare’s chief executive officer Carlo Pesenti, adding that the group “aims to further develop the value generated by the company not only for shareholders and employees, but also for the entire city of Florence, which over the years has managed to preserve and develop such a rare and prestigious activity.”

In particular, in 2019 Officina Profumo Farmaceutica di Santa Maria Novella registered a consolidated pro-forma turnover of more than 31 million euros with earnings before interest, taxes, depreciation and amortization of around 13 million euros.

Currently offering more than 600 different products across body care, fragrances, candles, ambient fragrances and liqueurs, the Florentine brand is available in over 300 stores worldwide, with 61 percent of its sales generated in the Europe, Middle East and Africa area, 21 percent in Asia — led by South Korea and Japan — and the rest in the U.S.

The company was founded by Dominican friars after they arrived in Florence in 1221 and settled in the Santa Maria Novella location cultivating herbs to prepare medicines for their monastery’s infirmary.

After manufacturing successful recipes such as aromatic waters and a bergamot-based fragrance for the Queen of France Catherine de’ Medici in 1533 — which is still a bestseller — the apothecary opened to public, officially launching as a commercial activity in 1612. 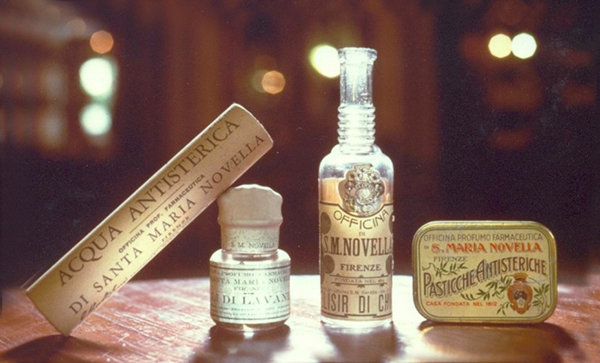 Today the brand is still known for the use of medicinal herbs grown in the monastic gardens to make skin care, balms, soaps, serums, pomades and fragrances, all delivered in its signature, old-school packaging that has contributed to its charm and increasing success worldwide, based solely on word-of-mouth rather than advertising.

Officina Profumo Farmaceutica di Santa Maria Novella marks Italmobiliare’s first investment in the perfume and cosmetics industry. As reported, in 2016 the company secured the Clessidra Sgr SpA private equity fund for roughly 20 million euros, while the following year it finalized the acquisition of a 40 percent stake in outdoor footwear and ski equipment specialist Tecnica Group for 60 million euros. Founded in 1960 by the Zanatta family, the latter controls a range of specialized labels, including Nordica, Moon Boot, Lowa, Blizzard and Rollerblade.

In the last two years, Italmobiliare invested around 400 million euros in Made-in-Italy brands, enriching its portfolio that currently represents an aggregate turnover of around 1.6 billion euros.