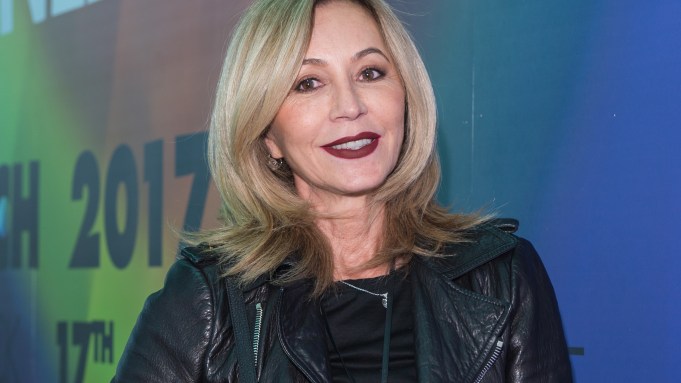 Italy’s lagging beauty industry is finally catching up, and mirroring a shifting landscape for the broader European marketplace.

The country’s fragrance and cosmetics sales are back in positive territory for the first time in years. Revenues for the sector in 2015 rose 6.6 percent to 10.03 billion euros, or $11.13 billion at average exchange, according to data from Cosmetica Italia, the Italian cosmetics industry trade association.

“Italy has been one of the most affected countries by the recession, and also one of the slowest in terms of recovery,” said Karla Rendle, fashion and beauty analyst at Euromonitor International. “However, it does reflect the initial trends that we’re seeing [in Western Europe].”

These include a rise in premium beauty, buoyancy in color cosmetics and skin care, and a shift in how consumers are shopping, not least due to digital, she continued.

Beauty revenues in Italy advanced 2.2 percent last year to 6.22 billion euros, or $6.9 billion. These were bolstered in part by the recovery of the country’s economy in general, a bump in visitors to the country due to the Milan Expo and more disposable income resulting from a drop in oil prices, said industry executives who were recently polled in Milan and at the recent edition of the Cosmoprof Worldwide Bologna trade show.

Exports registered a 14.3 percent increase in 2015 to 3.81 billion euros, or $4.23 billion, as Italian beauty businesses increasingly looked abroad to countries like South Korea to spur gains.

After a rebound of the perfumery retail network, today two “sick” distribution channels — both in the professional segment — remain, according to Cosmetica Italia’s president Fabio Rossello. These are hair salons and beauty institutes, whose businesses last year declined 2.2 percent and 3.3 percent, respectively, as they were squeezed by low-cost competition.

“At the end of the day we have recovered, but we are continuing to sell fewer units than two years ago,” said one beauty executive, of the market overall. “[So] it’s not a dramatic change.”

Retail channels are in flux, too.

“More and more the consumers are moving from one channel of distribution to another without a problem,” said Fabio Franchina, president of hair-care and coloring company Framesi. There has been a shift, for instance, toward monobrand boutiques like Wycon and Bottega Verde.

“Perfumery stores have not for the moment been able to evolve completely following new requests from consumers for an elevated shopping experience; this is the reason we see some migration in some cases,” continued the executive, referring to a channel whose sales gained about 1 percentage point to 2.08 billion euros, or $2.31 billion. “Certainly this needs to happen [urgently] in order to capture the share of mind, the share of wallet of consumers who are looking for something different. This is the big challenge but also the big opportunity.”

Ditto for the salon business.

“Perfumeries, hairdressers, beauty aestheticians — people need to provide an excellent service. And if they don’t do it, I’m sorry, it’s over because people don’t care,” said Franchina. “People are more [price-]conscious, and they want to spend money in the best way they can.”

The mass market, which makes up 40 percent of cosmetics sales in Italy, keeps gaining clout. Its revenues advanced 2.5 percent to 3.9 billion euros, or $4.33 billion, with a decline in unit sales in large stores and an uptick in the home and personal-care categories, as found in drug stores, for instance.

In the meantime, some Italian beauty manufacturers have been broadening their scope, investing in and focusing on business abroad.

“We are much more regional than in the past,” said Dario Ferrari, founder and president of Intercos, who in December 2015 inked an 50-50 joint venture with South Korea’s fashion and beauty retailer Shinsegae International and is constructing a production facility there this year. “We realized a few years ago that it was not possible to run the world out of Italy. Today we really focus on each region.”

Flexibility and out-of-the-box thinking are key.

“It’s not the strongest who survive, but who make the changes and follow the change,” Rossello said.

Davines is a case in point. The company, which keeps honing in on consumers’ increasing demand for natural and sustainable hair and skin care, had sales last year that gained 18.3 percent to 94 million euros, or $104.3 million.

Davines’ most recent launch was an 81-shade hair-color line called Musk, which uses “vibrachrom” technology inspired by the textile industry.

“We have performance and sustainability together,” said Davide Bollati, Davines’ founder, who added the company’s new green headquarters, in Parma, Italy, would be finished next year.

Another emerging trend is for products made for specific ethnic groups, according to Rossello. To wit: Cosmoprof, which ran from March 16 to 19, hosted for the first time a section dedicated to companies producing or distributing beauty products certified halal for Muslims.

“We received requests for halal products from our clients, mostly from Arabian countries, and we decided to apply for the halal certification,” said sales manager Erkan Kanber at three-year-old Swiss company Evenswiss, whose skin-, body- and hair-care product formulas contain no alcohol.

Indian hair-color firm Indus Valley was presenting an organic hair-color line for home use that comes in 12 shades. Shyam Arya, co-owner of the firm, said it’s eyeing the U.S. market with a halal-certified offer.

Another notable element at Cosmoprof was L’Oréal Professional Division’s show of force. This session it took over the trade shows’ entire entrance hall, commanding 11,100 square feet of space, double that of last year’s session.

“Our mission is to valorize the professionals,” explained Fabio Lo Prato, general manager of L’Oréal Professional Italy, which was also showcasing and hosting its third annual competition of 300 hairstylists under the age of 30. “The future is the young.”

At the same time, L’Oréal was highlighting salons of the future, “with a maximum interaction with clients,” and its Hair Adviser site, which facilitates salon bookings, among its other features, continued Lo Prato.

“What caught my eye was L’Oréal,” said Anastasia Soare, chief executive officer of Anastasia Beverly Hills. “They’d never had that before.”

The brow guru was meeting with current and new manufacturers at Cosmoprof.

“I’m always open for business,” she said. “I looked at a few of the assembly lines.”

The executive, formerly chief merchandising officer at DermStore, was walking the halls on behalf of Bluemercury for, as she termed it, “the one item that can change your life.”

That could stem from hybrid categories, or be a single-item breakthrough, Friedman explained.

For Bluemercury, Friedman is focusing on product assortment strategy, and she has started her own company called Well Founded Skincare with MODCo’s Sara Rotman that will launch this summer a luxury treatment line whose product formula includes CBD, a compound found in cannabis with anti-inflammatory properties.

Beauty.com’s general manager Vanessa Kuykendall was at Cosmoprof Bologna for the first time. She said the international trade shows has helped her see hot categories — like nails, hair extensions or lashes — emerging abroad before they hit the U.S. market.

“I’m looking for what I will be selling next year,” said Kuykendall. “I think masks are going to continue to be really big.”

She believed that will be true for products with innovative delivery systems that solve people’s beauty problems faster, as well.

“Devices have been huge on Beauty.com for several years, and I see that continuing to grow,” said Kuykendall, who was excited about innovations that target areas other than just faces, like arms or necks. “We have found surgical solutions. Why can’t we find dermatological solutions? I think they’re out there. This is the kind of thing I’m definitely looking for.”

On the professional hair-care front, Stacy Gaspard, vice president of merchandising for Cosmoprof, was also after innovation, trends and the latest ingredients. She and Denise Powell, director of merchandising at the company, aimed to fill some gaps in the market.

“Like natural and organic,” she said. “We’ve seen a lot of lines that are natural, organic-based. You’re seeing a lot of vegan — a lot of things like that.”

“We’re starting to care a lot more in the States about being green,” continued Gaspard. “Where it was regional, now it’s really our industry in general that’s caring.”

That goes for product formulation as well as for packaging.

Forat Al Haider, senior brand acquisition and brand development executive for Chalhoub Group, was at the fair searching for trendy, colorful indie makeup labels with a strong following for his digitally savvy customers in the United Arab Emirates.

“We call them the Instagram brands,” he said. “In our part of the world, consumers are extremely edgy when it comes to Snapchat or Instagram, so if the brand is not on there, it basically doesn’t exist.”

Al Haider added that color cosmetics label Models Own ticks all the boxes.

In other related trade-show news, Duccio Campagnoli was voted out of his position as president of BolognaFiere and Cosmoprof on March 25 by the organization’s board of directors. Campagnoli had held the role for five years. Franco Boni, formerly president of the Fiere di Parma, is his successor.