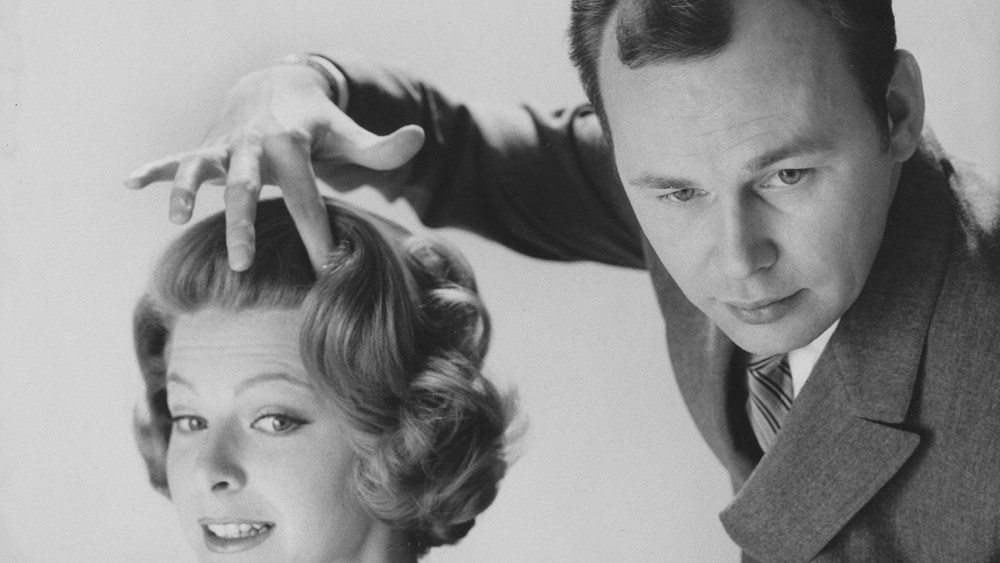 Before first name-only monikers became a thing, there was “Mr. Kenneth.“

For decades until 1990, the New York City hairstylist attracted a cadre of well-known and well-heeled clients. Credited for giving Jackie Kennedy her bouffant and Marilyn Monroe her golden sweep, he also tended to socialites and personalities like Lauren Bacall, Babe Paley, Gloria Vanderbilt, Lucille Ball and Margaretta “Happy” Rockefeller. Famously discreet and a gentlemanly professional, he earned theIr full trust and developed a following from not only the wives of powerful men, but also their husbands’ mistresses, according to Giuseppe Longo, the author of the new Schiffer Publishing book “Mr. Kenneth: Shear Elegance.,” due out October 28.

Born Kenneth Battelle in Syracuse, N.Y., he died at the age of 86 in 2013. Nicknamed the “Secretary of Grooming” in the Kennedy White House, the stylist wanted women to look like themselves with hairstyles that they could also manage themselves. Friendly with someone who worked for Battelle, Longo would periodically “take a break from his uninteresting corporate job in the neighborhood” to drop by Kenneth’s salon at the Waldorf Astoria Hotel salon. “He truly had a part in some of the most historic moments in society whether it was Marilyn Monroe singing “Happy Birthday, Mr. President” [to John F. Kennedy] or her last sitting [with photographer Bert Stern in June 1962],” Longo said. Battelle also styled the cast for the 1967 “Valley of the Dolls” movie.

Established as he was in the upper echelons of society and in the pantheons of fashion publishing and photography, the stylist never took himself too seriously, according to Longo. “Putting the ‘Mr.’ in front of his name, made it too formal. For him, he was just ‘Kenneth,.’” Longo said.

Unlike the highly sculpted “haute coiffure“ creator Alexandre de Paris, Battelle wanted his ladies’ hairstyles to be freer and “to have a little more swing,” Longo said. “Kenneth always said, ‘I never wanted a client to leave my salon looking like she came out of a hair salon.”

Before finding his way in New York City, Battelle tried to get started in a Miami hotel salon in 1949, which was the place to be for hairdressers at that time. After eight months there, he boarded a New York-bound flight with $8 in his pocket, Longo said. Within a few days, he walked into Elizabeth Arden’s Fifth Avenue salon, did a tryout on a model and was offered a job — in Louisville, Ky. Infuriated by the prospect, he found the courage to march into Helena Rubinstein’s salon, requested a tryout and interviewed. “From there, it was history,“ Longo said. “It’s an incredible story of how a small town USA boy ends up going to New York City and really rises to the top. Kenneth wasn’t just a hairdresser. The ladies, who walked through his front door, were part of historical moments like Truman Capote’s “Black and White Ball,” Longo said.

While working at Helena Rubinstein, he first encountered Kennedy as a substitute stylist, since hers was home sick. He suggested to the then wife of a senator that she should grow out her shorter choppy Italian-style cut, and over time she did. Never one to give clients trendy cuts, Battelle preferred to analyze a woman’s hair, face and proportions before recommending a style.

Following his run at Rubinstein, Battelle joined milliner Lilly Daché, running the salon in her namesake emporium in the late Fifties. Kennedy was among the women who followed him there. Shrewd enough to see that he was decimating the hat business with his easy-care hairstyles, Daché recruited him to buoy her business. “It was funny. When she was furiously constructing hats on the top floors, he was destroying the need for them on the bottom floor,” Longo said. “For him, hair was to be like fabric. It should be soft. You would want to run your hands through it. For him, it was less about beauty and artistry, it was a craft.”

Battelle was the go-to stylist for legions of photographers — Irving Penn, Stern, Milton Greene, Richard Avedon, Norman Parkinson, Eve Arnold and Karen Radkai among others. He also tended to models like Cheryl Tiegs, Missy Bancroft and Jean Shrimpton for shoots led by pioneering editors Diana Vreeland, Babs Simpson, Polly Mellen, Gloria Schiff and Consuelo Crespi. “It was name-dropping to the extreme — the fashion photographers he worked with, the magazines that he worked with and all the famous editors he worked with,” Longo said.

The irony being that Battelle was never a name-dropper, which was why wives and their husbands’ mistresses enlisted his services and his confidence. “A younger generation doesn’t fully understand his success. Now we live in the social media world where everyone tells everything, and we know all about it online. Kenneth really succeeded when you had to have all the stars aligned,” Longo said. “Even the salons that he built — the first was a five-story townhouse on 54th Street — were so staggering and beautiful. The likes of those will probably never be seen again in our lifetime.”

However gilded his life would become, it didn’t start out that way in Syracuse. After his shoe salesman father left his mother, Battelle became the breadwinner for her and his four sisters. He sold hot dogs and Coca-Cola at the baseball stadium and later operated a grains elevator. After being thrown into the working world at such a young age, he learned about the importance of human interaction, dedication, maintaining a strong work ethic and earning enough to pay the bills, Longo said. He also developed an amazingly sarcastic sense of humor that was so dry at times other people would miss the punchline, the author said.

Years ago, Longo presented his idea for the book in a letter to Battelle with the first 40 questions he would ask, and the two men later discussed the prospect. In step with the stylist’s tight-lipped reputation, the book does not dish about his celebrity clients or the scandals and hardships that engulfed them. Theorists and conspiracists will find no new intel about John F. Kennedy’s assassination or Marilyn Monroe’s death.

Longo said his subject never spoke of Kennedy or Monroe even though he was a confidante to both women. A few days before her death while out on a drive, Monroe stopped on the side of the road to phone Battelle just to hear his voice, Longo said. Battelle was also at the White House the day before the Kennedys flew to Texas for what was a fateful trip. Battelle’s account of how a publicist spilled Champagne on Monroe at the Chicago premiere of “Some Like It Hot” and accidentally made her dress transparent is as revealing as the book gets.

Noting how Battelle was the first hairstylist to be featured on a magazine cover, and the first to write about hair care in Glamour, Longo said, “He may seem like a person of yesteryear. But for anyone today who is studying hair or has a fascination with hair, beauty and fashion, you really should have an idea who Kenneth was. He freed hair and obliterated the hat,” Longo said. “His hairstyles are so beautiful, elegant and relevant to today’s society.”